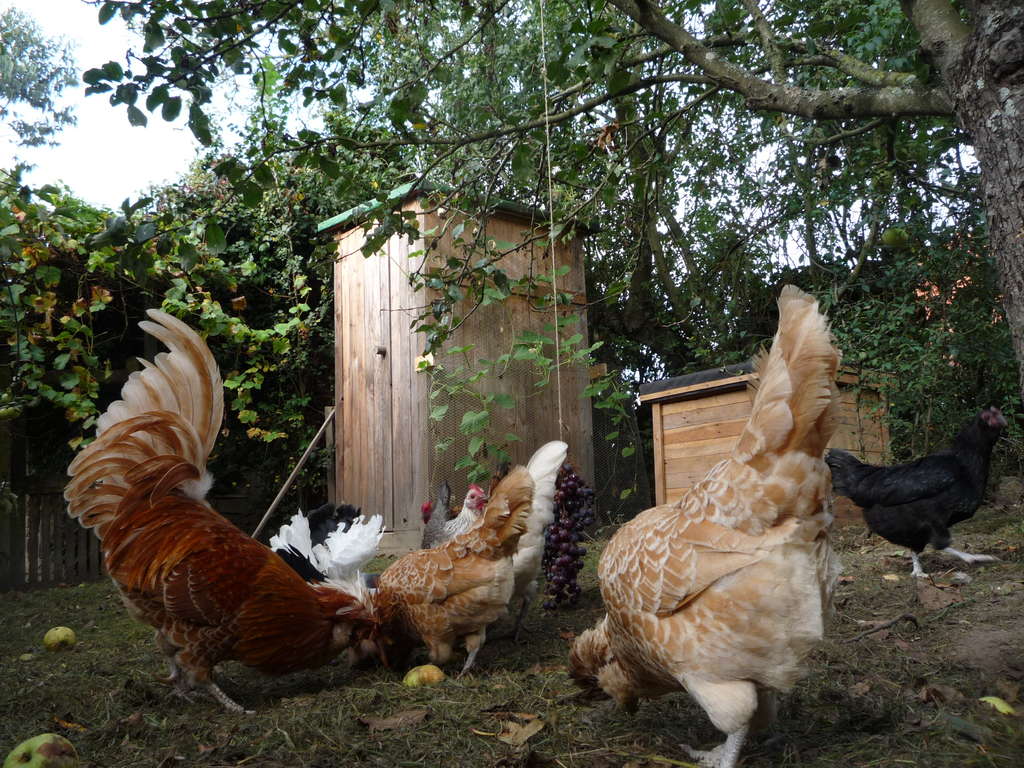 I like to say that something beautiful always emerges from something ugly. Over the past few years we’ve witnessed a somewhat depressing downturn of a once economically powerful nation. We’ve come to realized that we and our kids may not enjoy the prosperity of previous generations. America is more fragile than we once realized. It’s happened before, of course. Imagine you’d just hit your 25th birthday in 1929. You would not know true peace or even a hope of prosperity until past your 40th birthday, after a depression and a world war.

As in the uncertain years of the 1930s and 40s, we are re-learning what it means to live without the guarantee of a job, a home or even food. And we are also learning that we must rely more on ourselves, our family and our neighbors to get through the storms that are sure to come our way. We’re re-discovering a love of gardening, preserving, even keeping chickens and goats. We’ve even come up with names for this new-found hobby. Some call it prepping. Some call it survival. But I like the original term handed down by folks who truly new what it meant to rely completely on their own knowledge and hard work: Homesteading.

It invokes a vision of a family in a covered wagon, loaded only with what they could carry, staring out over a patch of ground hundreds of miles from the nearest community. They either learned to live off the land or they perished. While we may not find ourselves alone on the prairie, we may certainly feel alone when everything we’ve come to take for granted is in danger of being cut off.

And what, you ask, could happen to my modern way of living? Anyone who has experienced a long power outage, hurricane, tornado, job loss, or any other natural or man-made tragedy can tell you. Those aren’t the only things that threaten our livelihood, though. On the more apocalyptic end of the scale are war, hyper-inflation, or even a lovely new threat called an EMP, an electro-mechanical pulse caused by the sun or a single nuclear warhead launched twenty miles or so over the US. It’s not that farfetched. It only takes one extremist with a bomb. They don’t even have to be a good shot. Such an event would render everything using electricity utterly useless until repairs can be made, which would take up to a year. A year without electricity? No cars (they all have electronic circuits now). No lights. No phones. No radio. No medication. And certainly no supermarkets.

Now you know why it’s called homesteading. You really are planning to be cast right back into the 19th century.

But that’s the extreme end of possibilities. Let’s pray that our national defense is on top of things. The more realistic possibilities are job loss, a tanking economy, inflation or natural disaster.

Any of these require a minimum of a few days worth of rations. Others, like hyper-inflation, can take years to stabilize. Obviously, the less you rely on the outside world for food, water and shelter, the better chance you and your family have of making it through the tough times. I won’t go into detail. There are hundreds of books and websites on the subject. Just Google “prepping” or “homesteading” and you’ll find enough reading material to get you well on your way.

Like I said, though, good things grow from tragedy. We, as a nation, are slowly learning the joy of self-reliance. But we’re also learning that our faith in our modern comforts and our government may have been misplaced. The only faith that will see us through will be that which we have in God. Our Depression-era forefathers knew it, and that same faith saw them through a war as well. Perhaps we’re here for such a time as this. When the power goes off, our faith will shine before millions!