Have you ever grown tired of waiting for something to happen?

Left to wrestle with doubts and fears or stuck in a rut where you’re certain you never belonged?

Unable to find the right job or living situation?

Unable to find a house?

Ready to give up and profess that nothing will ever change?

Get ready, it’s about to change.

These are the moments when God shows up and shows off. Suddenly, or so it seems.

He closes the mouths of hungry lions. (Daniel 6:22)

He reveals his plan, specifically, carefully, and timely.

Suddenly, or so it seems.

We shouldn’t be surprised by this. The Bible is full of examples where God showed up at just the right moment.

But don’t miss the fact that He was always there. Working behind the scenes to perfect the faith of those who took the time to get to know him.

The same is true for us. He created us. He gets us, and he’s always working behind the scenes to work out the details of our lives.

Even after we’re’ exhausted from receiving wave after wave of tragic news?

Even during depressing times, where the future seems uncertain?

Even through the loss of a job?

A troubling diagnosis or health scare?

Right. None of that caught him by surprise.

Nothing reminds me of that fact more than the changing of the seasons. The sunrise has shifted to just behind our house. The mornings are cool and crisp, and night falls much quicker. The bees have stopped swarming and the mosquitos have moseyed on.

It all happened so suddenly.

Or so it seems.

And with that, I take in a deep breath and thank God for the work he’s been doing all along.

“Therefore, humble yourselves under the mighty hand of God, that he may exalt you at the proper time” (I Peter 5:6 NIV). 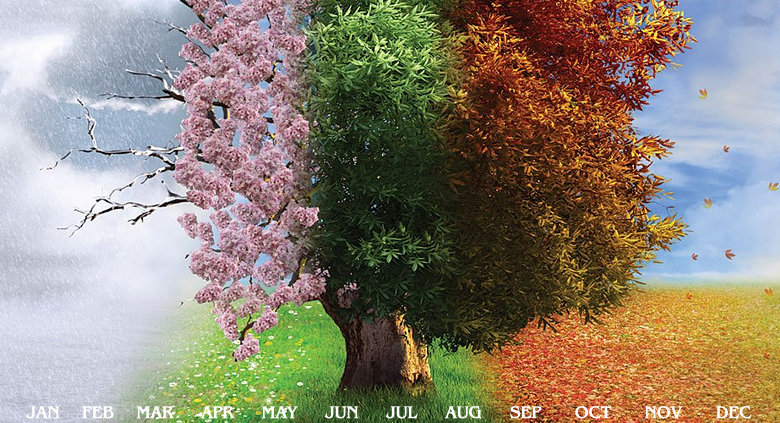