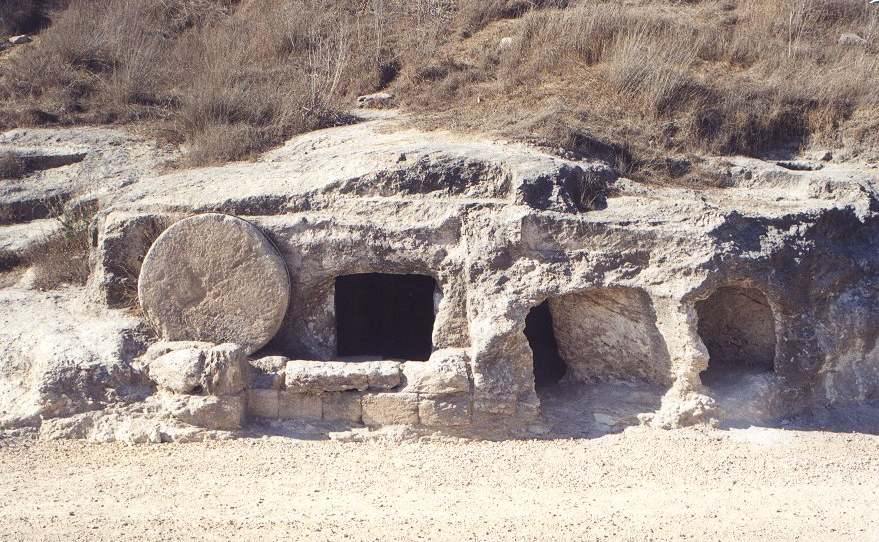 “Take a guard,” Pilate answered. “Go, make the tomb as secure as you know how.” So they went and made the tomb secure by putting a seal on the stone and posting the guard.  Matthew 27:65-66

But why steal his body? What purpose would that serve? Oh I know the deceased spoke of rising from the dead. I am not a fresh recruit new to Jerusalem. I have heard how this man healed the sick, gave sight to the blind, and raised the dead. But now heis dead. Will stealing his body and promoting a lie gain his followers anything but more death? Son of God . . . King of the Jews. The deceased boasted he could rebuild the temple in three days. Is he mightier than my lord, Caesar? I think not. There, now. We have placed the mark of Pilate on the stone. The entrance is sealed.

Growing dark now. I take my position along with the others. Feet apart, arms folded across my chest. We’re an imposing sight, the four of us, standing in front of the tomb. I hear the rest of our guard patrolling the grounds, watching for suspicious activity; warning mourners to hurry along and vacate the premise. With the heft of my sword resting against the side of my calf, I stand at my post ready to defend the honor of Rome.

“Women appeared. They asked about the body. I told them as I have told you. Something like an earthquake shook the ground. I fell to my knees and when I tried to stand, I found the stone removed. A man—no more than a man—an angel, stood before the entrance. His brilliance burned my eyes.  The rest of my unit? They scattered. I might have too, but I could not stand. A force like a large hand held me down until all I could do was weep. Yes, in shame, but not for failing to secure the tomb. For other things. Acts I dare not speak of.”

I glance down at the pouch of coins tossed at my feet.

“You want me to lie? To say this man’s disciples came during the night and stole him away while I was sleeping? But I just told you… Very well, I will do as you say, if only to spare my life and that of the others in my unit. But I know what I saw. This man’s followers did not take him, nor were we bribed, except for now. Promote this lie if you wish, but I know what I saw.”