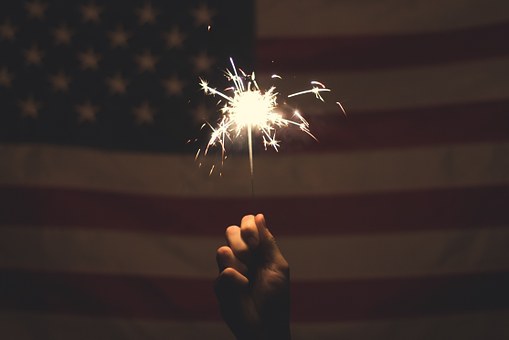 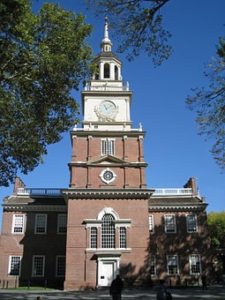 In Philadelphia, Pennsylvania, on July 4th in 1776, the Declaration of Independence was read, voted on, and approved. With that declaration, the Continental Congress announced the thirteen American colonies were no longer part of the British Empire.

The Declaration of Independence penned by Thomas Jefferson, and approved by committee, justified the independence of the United States by listing colonial grievances against King George III. It asserted America had certain natural and legal rights.

Among the most famous words of the Declaration are:

We hold these truths to be self-evident, that all men are created equal, that they are endowed by their Creator with certain unalienable Rights, that among these are Life, Liberty and the pursuit of Happiness.

My dad was a member of the US Navy when I was born in Morocco, Africa on the USAF base near Rabat. Although I was born in Africa, I have a birth certificate issued by the US State Department which proves I am an American citizen, born to American parents, on a US military base.

While my earthly citizenship is in the United States of America, my eternal citizenship is in Heaven, courtesy of Jesus Christ. I, along with all Christ followers around the world, are joint heirs with the King.

America’s freedom from tyranny was purchased at the price of many lives on both sides of the battlefields which spread across the thirteen colonies. As those of us in the United States of America reflect on the continued sacrifice and cost of our freedom from the chains of tyrannical leaders, let us be grateful for the continued sacrifices of so many.

For Christ followers from all over the world, our freedom from the tyranny of sin was purchased at 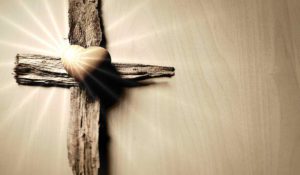 the price of one life, God’s only Son, on the cross of Calvary.

As Christ followers, let us never forget what it cost our Savior to purchase our freedom from the tyrannical chains of sin, and be forever grateful.

If you live in the States, is there any special way you celebrate Independence Day?