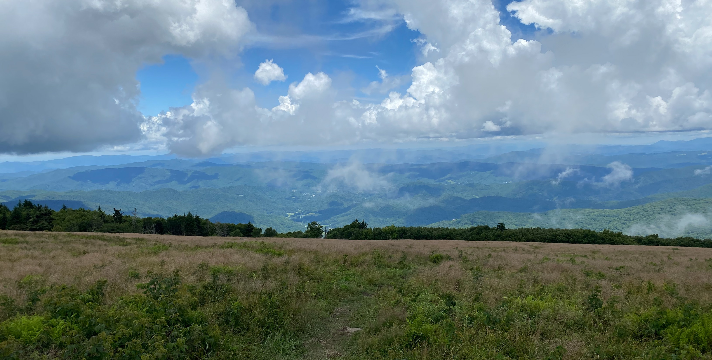 My family heritage holds roots in small town America. America Maxfield, my maternal grandmother, lived in a small town in the foothills of Virginia, Big Stone Gap, nestled in a valley surrounded by the Appalachian Mountains.

When we were seven-years-old, our mother moved my twin sister and me from our birthplace of El Paso, Texas, to live with my grandparents for several years.

You see, our mother grew up in Big Stone Gap, and so would we, and a younger sister who came along a few years later.

My grandfather bought and sold scrap metal at a junk yard he owned at the bottom of the hill, visible from their house. A long, curvy, uphill driveway led to their home.

Childhood memories linger with the trek up and down the driveway by foot or bicycle, catching the school bus, and going to the junk yard to see my grandfather. My grandmother spent oodles of time in the kitchen and had snacks ready when we came in from playing.

I was married with children of my own when my grandmother passed away in her 90’s. Asked to give the eulogy at her funeral, I gathered humorous and notable things to share.

Stories and memories from my mother, sisters, aunts, siblings and cousins. Many things to smile about. But the prevalent snapshot in my mind is the beautiful, colorful flowers that lined both sides of her driveway. A picturesque landscape. A milestone in my memory.

Memories of my grandmother’s flowers weaved my words to the memories of her: America the beautiful.

Flowers, as if painted on a canvas, displayed my grandmother’s driveway.

And they captured her essence.

Flowers called Creeping Flox lined my grandmother’s driveway,
white, pink, and purple in a colorful array.
Each color with its own bright gleaming,
reminds me of her life’s meaning.

White signifies pure, good, and clean,
each seen in her while on the everlasting arms she leaned.
Now she is clothed in a white robe of Christ,
offered to her in heaven because of His sacrifice.

Pink symbolizes her rose colored blush, so neatly brushed on each cheek.
Her life filled with joy and a heart for the Lord she did seek.
Pink comes from the color red or crimson,
like the blood of Jesus given for her ransom.

Purple, the color of royalty, fit for her a queen,
now she is crowned by God, her Savior, and her King.
America, she was of royal priesthood, a holy nation,
she accepted Christ and His salvation.

Wife, mother, and grandmother were the roles she played,
nothing negative of her anyone could say.
She was wise, fun, and so witty,
now she lives in the heavenly city.

Flowers called Creeping Flox lined my grandmother’s driveway,
white, pink, and purple in a colorful array.
Each color with its own bright gleaming,
reminds me of my grandmother’s life and special meaning.

I’m thankful for memories of America, my grandmother, and for living in small town America. And I’m grateful for a heritage in Christ, who is the drive-way leading to an eternal home in heaven.

Jesus said, “I am the way, the truth, and the life. No one comes to the Father except through me.” John 14:6 ESV

I grew up in the beautiful, breathtaking view of the southwest Virginia foothills. Now, I’m growing up in the Lord. Following Jesus to the foothills of God where one day the heavenly view will take my breath away.

Will flowers line the streets in heaven? I’m not sure. But my grandmother will be there, her bright gleaming and the ever-so-bright radiance of Jesus. That’s all I need to know.

Information on the book, Big Stone Gap and the film.

Read more about my grandparents in this post, Back in the Day: Manners and Ethics of Past Generations.

*All featured photos are from a recent day trip my husband and I made to the mountains.