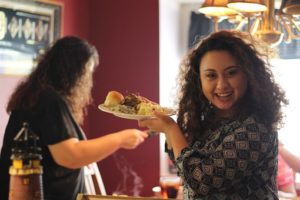 He jumped up, stood on his feet, and began to walk!
Then, walking, leaping, and praising God, he went into the Temple with them.
Acts 3:8 NLT

Giving thanks when both of my children left home wasn’t easy.

At fourteen my son decided he no longer wanted to live with me. His mom had left us two years earlier and given custody of him and his sister to me. My lifestyle—and career—no longer interested her. Nor did I. Although mad at his mom for her decision, he was still a Mama’s boy. When he declared unashamedly he wanted to reside with her, I gave in. The house seemed lonely and desolate without him around.

His sister graduated high school soon thereafter and headed for college. The loneliness and emptiness loomed larger than I could handle. I soon descended into a deep pit of depression. Nothing seemed to help. Not church or Bible reading or prayer or friends—or an old addiction I returned to.

Giving thanks that particular year was difficult—almost impossible. Empty nests prick the soul—especially when I didn’t want the nest to be vacant.

Then there was the year my father died. His death was unexpected—though not sudden. He led me to the Lord, mentored me, cared for me, chastised me—and left me and my family much too soon. I searched long and hard to find something in his death to thank God for.

And who can forget the year I spent a week in the hospital with a bleeding ulcer—a result of trying to do too much in a limited amount of time, which led to stress and anxiety and loss of blood. The remainder of that year didn’t fare much better. I spent more time in the doctor’s office than out of it. 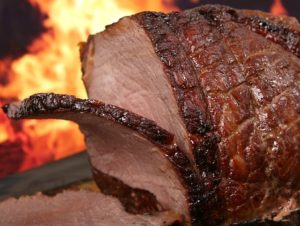 Like many other things in life, I realize tying thankfulness to my feelings creates a dangerous scenario and causes my emotions to fluctuate. I thank God because it’s the proper thing to do—and I try not to wait until November to do it. Black Friday may give shoppers deals to be thankful for, but God gives me blessings every day of every month to be grateful for.

The lame beggar Peter healed recognized the same thing. Peter didn’t have money to give him, but he offered him something much better: spiritual along with physical healing. When I examine situations closely enough, I find reasons to thank God even when it appears no reason exists.

Praise is an appropriate method of thanking God. The lame beggar did after Peter healed him. If Christ does nothing more for me than what He did at Calvary, I have sufficient reason to praise Him daily and throughout eternity.

Giving is another way to demonstrate thankfulness. I’ve wandered through periods when money was tight, when bills fell behind, and when important services were disconnected. Yet I still gave. God’s kingdom work is worth it, and He promises to meet my needs when I do. 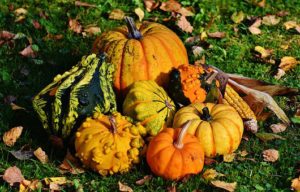 Time is also an expression of my thanks. I give of my time by worshipping with other believers, by using the spiritual gifts God has showered on me, by indulging in spiritual disciplines, and by loving my neighbor through acts of service.

Don’t relegate your thanksgiving to one month. Make it a habit to thank God every day for something.