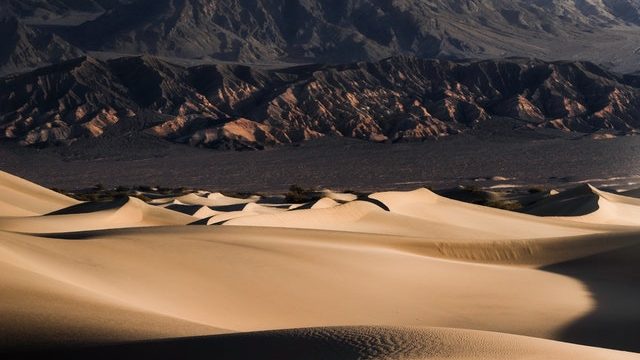 Have you ever been stuck in a desert?

Not a literal one, although you may be stuck there, and if you are, get off of the internet and call for help. 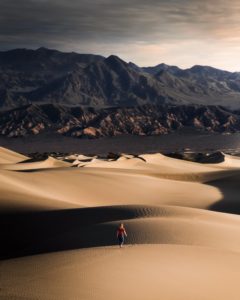 ere you are going in the future. The barren, dry land between where you don’t want to be and where you’ve dreamed of.

I’ve been stuck in a desert like this for several months now. I’ve been forced to sit in this uncomfortable place that looks more like my air-conditioned prayer room than a sand-filled death trap as weeks have stretched into months.  During my time of isolation, I read through Numbers and Deuteronomy, two books of the Bible that I conveniently overlooked most of my life. I was given some perspective on these moments in the wilderness by a patient God who thankfully hasn’t tired of my lifelong ignorance.

You see, I am a Florida girl who went to college in Georgia. I loved it so much there, I never wanted to leave. But it was 1996, and my first job offer out of college landed me back in my old hometown. Once I set out to work, I never left. I got married, had kids, got divorced. Life happened.

Then through family or work or circumstance, I remained anchored in Florida for twenty-five years. Some of those years, thoughts of returning to Georgia plagued me less than others. There were years that I was so busy working multiple jobs to provide for my little family, that I was simply happy to have groceries in the pantry, running water, and electricity. Other years, I had pictures of my dream farm in Georgia saved on my computer and phone. 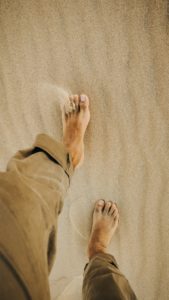 My most recent Florida years brought both miracles and misery as I met and married my amazing husband. I mourned for my Georgia-born father and ushered my family through a desert wasteland of losses. The last two years have felt more like the book of Job to me than an exodus.

I’d like to say that I walked through the dry sands of my desert gracefully, bathed in a perfect mixture of scripture and prayer.  But that would not be me. When times get tough, I go into survival mode. I set my sights on putting my shoulder to the plow, as my deceased father would say.  When you have a big job to do, it’s best not to look way out to the seemingly unattainable finish line.  It’s best just to look down into the dirt and push as hard as your body will allow.

And that’s basically what I did while stuck in the desert, until the Holy Spirit called to me, urging me to read my Bible and spend a rare moment in the prayer room.  My daily reading just so happened to place me in the Biblical desert with God’s chosen people as they wandered.

Through scripture, I experienced their misery, their complaints, their regret, and their questions. “Why did we leave Egypt? At least we had food there. At least there was water for us to drink.”

They forgot that they were slaves — beaten when they couldn’t work fast enough making bricks for someone else’s shelter.  Their children’s lives were threatened — even taken, at another person’s whim.

But deserts are strange places.  They are huge and barren and devoid of familiar landmarks that can bring perspective. When they were stuck in the desert, the Israelites couldn’t see the land they left, and for most of the journey, they couldn’t see the promised land where they were headed.

They had their shoulders to the plow, as my father would say, and all they could see as they walked forward through the desert, was a bunch of sand and their own misery.

I felt the same in my desert.  My spirit was filled with questions as I lost perspective of where I’d been and where I was headed. I found myself asking questions like, “Is it really so bad where I’m at? I have a home and food, and a loving husband, and healthy children.  Why did I want to leave? Why did I ask God to liberate us from this place? And where do I really want to go? Will it be better? Or will it be worse? Will I want to leave as soon as I get there?”

In my desert, the questions are as numerous as the sands beneath my feet.

Then there was the day I began reading Deuteronomy.  That book of the Bible I’d (shhh) never read.  The longest sermon ever written and Moses’ final speech to his people after he is shown the promised land and told by God that he will only see it and never set foot in it.

But it strikes me that while up on the mountain top, God gave Moses the gift of perspective.  He was given the assurance that the promise was real. That his faith had not been placed in vain in a God who made empty promises. 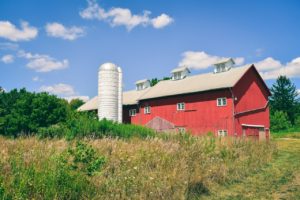 I settled into my desert and thanked God for the gift of this time of discomfort. This time to grow my faith.  Because no matter what His decision is, I am reassured that I have placed my faith in the one true, living God.

I didn’t want to say the words, but I felt them in my spirit. Yes, God. If I never set foot out of this desert you have me in, I will praise your name. You are good. You are faithful. And you keep your promises.