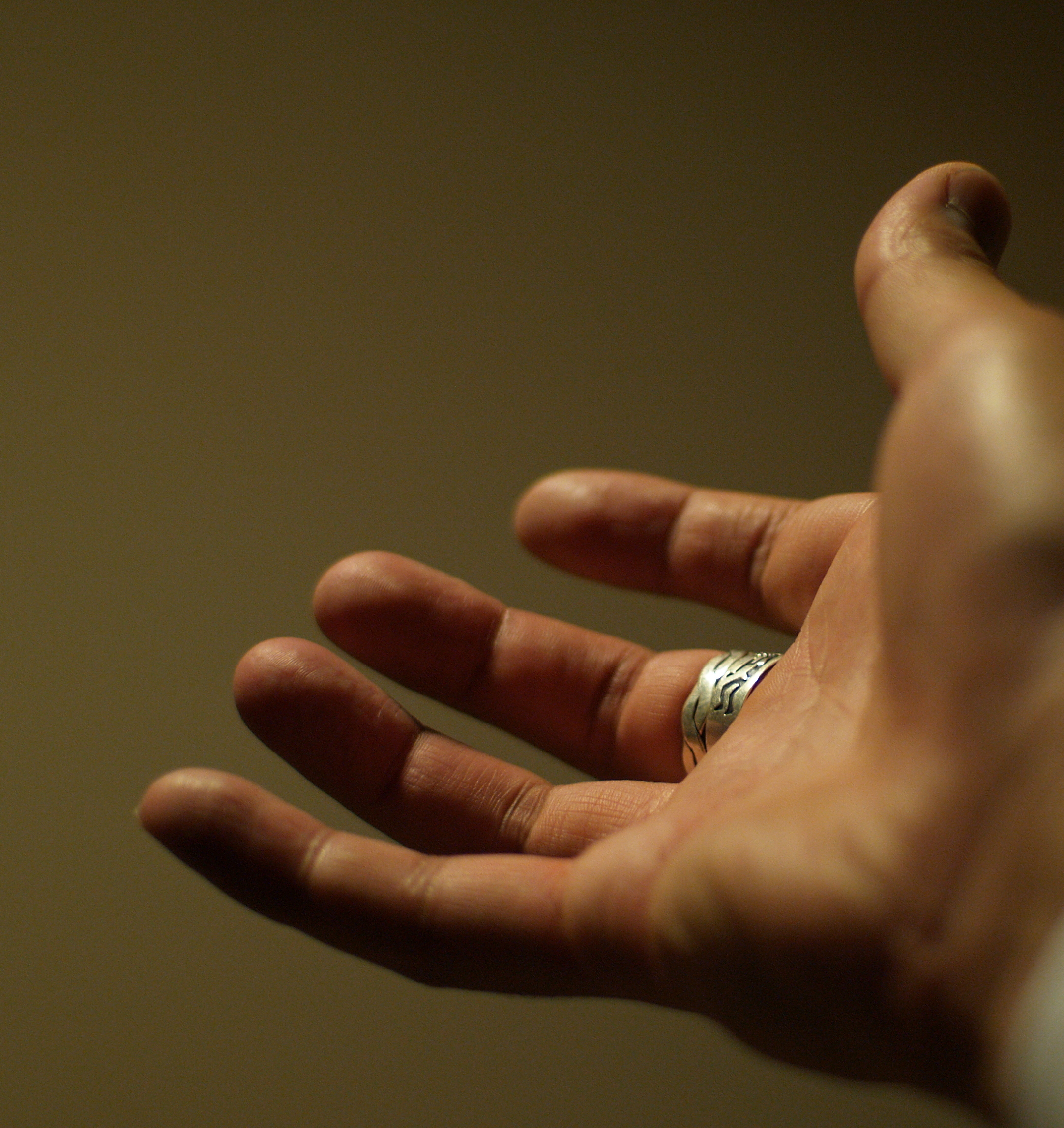 I was trying my best to be brave as the nurse lined up the five syringes that would be used for the biopsy on the surgical tray. I’d been dreading this day for a week, and now the wait was over.

“It won’t be a walk in the park, but it won’t be the worse thing you’ve ever had to endure either.” These words, spoken to me by the doctor at my previous appointment, were front and center in my mind as I tried to sike myself up for the procedure. After preparing the area on my neck and giving me a shot of  lidocaine I asked “So, will this be like a dentist visit when I’m told to tell them if I feel any pain . . . and if so, I can have more numbing medicine?”

“Well, let’s give it a long time to work.” That was about all I could say after the doctor’s response.

The minutes ticked by while the doctor and the nurse made sure they had everything that would be needed while I laid staring at the ceiling with my head falling off the back of a pillow, neck exposed.  And then it was time for the first needle to be used. The doctor faced me with the syringe in his hand and his instructions poured down upon me. “You can breathe, just don’t swallow when I tell you not too.”

Before I could feel the pressure from the needle I felt the nurse place her hand on my folded hands that I was instructed to leave laying on top of my stomach. She patted my hands, rubbed them with her thumb, and when she felt me press into my body from discomfort, she held me tighter. Once he finished, she took her hand off of mine.  “You can swallow now.”

One down, four more to go I thought.

Once again before I could feel any pressure from the needle being placed into my thyroid gland by the doctor I could feel the nurse place her hand on my folded hands. It was amazing to me how much it helped both times. It made me think about her touch rather than what the doctor was doing to me and I didn’t feel so alone.

“You can swallow now.”

Two down, three more to go.

She did and once again, she gave me something to think about besides what the doctor was doing to me. When I would flinch, she would hold tight. When I would press down, she would give me a gentle pat. Yes, what a comfort—I wasn’t alone.

“Done with that one. You can swallow.”

Three down, two more to go and I couldn’t hold my gratitude back any longer. Before the next needle could be placed in me, I had to tell this nurse what a difference it made for her to hold my hands. She seemed surprised. Maybe she’d been doing this so long that she’d forgotten why, or maybe she did it without even realizing it made such a difference to the patient. Well, she knows now. I made sure of it.

On the way home I kept thinking about how much more unpleasant my experience would have been without the nurse. Just a touch, a compassionate touch from someone who cares. I knew God was with me in that sterile room—I could feel His presence. But He used the touch of a human to bring me comfort. It was then I got a clearer picture of why Jesus came to this earth. He came as God, but in a human body so He could touch people and be touched.

When I take seriously the responsibility of being a Christian—little Christ—I see now more than ever the importance of letting others see Christ through me. Now it’s not just in the seeing, but in the feeling. Yes, the nurse was Jesus to me. Her touch reminded me that I was not alone. For the Bible is true when He says “I will never leave you nor forsake you” (Heb. 13:5). Not only is He with us in Spirit, He provides others to be His hands and His feet.

How many times have I missed the opportunity to be His hands and feet, His” little Christ?” After this experience, my desire is to not only speak the truth of God’s love, but to show it in tangible ways. It’s the little things . . . as simple as a touch.