**The following is a fictitious rendering of Simeon’s story from Luke 2. Unless noted, all scripture references are taken from the ESV.**

For many years, Simeon held to the promise in the ancient scriptures, a reminder that became his prayer as he awaited the coming Messiah—

I believe that I shall look upon the goodness of the Lord in the land of the living! (Psalm 27:13).

And, day by day, year after long year, these words carried him from strength to strength. 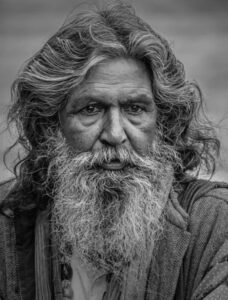 But in truth, not a day passed when he didn’t ask–

Why did the Holy Spirit promise that I’d live to see Him whom the Prophet Isaiah called ‘Emmanuel’?

To this question, he had no answer. All he knew—to which he could testify—was that he’d heard these words in his soul many years before, and he simply couldn’t let them go.

After all, they brought him consolation.

Indeed, this promise enabled him to survive the death of a child—his firstborn son, a golden-haired tot who’d skipped out the door one summer day to never return, trampled under the hooves of a horse ridden by an enraged Roman soldier.

These words carried Simeon through a long season of disparity—when his younger brother convinced their father he was more worthy of the birthright. A falsehood concerning Simeon’s past, a fabrication some still believed, was all it took. And rare though it was, this decision robbed him of that which was rightfully his, to then be bestowed upon the younger–a man comfortable with dishonesty, though never content.

And yes, this promise offered comfort when his beloved fell ill and fought for her life, struggling to simply breathe. His wife had been the victim of a respiratory ailment which robbed her, even to the present, of strength and vitality.

And time went on.

But on this day, having woken to bird song, Simeon sensed something different, a sort of stirring upon the wind. After breakfast and a routine walk about his property which lay on the outskirts of Jerusalem, he meandered toward town. Feeling a gentle, though persistent nudge, it was a force he could not ignore.

As he passed through the gate of the holy city, his ears rang with the familiar shouts of merchants selling their wares, smelled the musty aroma of damp sheeps’ wool. Simeon walked on determined feet, though he didn’t know why.

And, of all things, they took him in the direction of the temple. 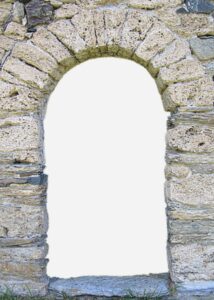 Not of noble lineage, though certainly devout, filled with the Spirit of God, Simeon stepped into the temple’s open courtyard to discover his hands were trembling.

No one else was present, and he looked about, trying to make sense of the strange sensation which would not be settled.

Why am I here?

Just then, a small, brown bird flew into the courtyard and came to rest on the lip of a terra-cotta vessel tucked in a dusty corner. And Simeon, well-versed in the ancient words of the singers and prophets, found himself saying aloud—

How lovely is your dwelling place, O LORD of hosts! My soul longs, yes, faints for the courts of the LORD; my heart and flesh sing for joy to the living God. Even the sparrow finds a home, and the swallow a nest for herself… (Psalm 84:1-3a).

The psalm brought a smile, and Simeon spoke to the tiny creature–

“Indeed, and though you are common, you’re blessed among your kind to be in such a special place.”

His words, gentle though they were, startled the sparrow, and it flew from its pottery perch to land instead upon the sill of an adjacent window, then sang its familiar song.

Again, Simeon smiled, then quoted the ancient psalmist once more—

Blessed are those who dwell in your house, ever singing your praise (Psalm 84:4).

“Sweet sparrow, your simple melody is indeed a song of praise to God!”

Just then, there was a commotion. Turning around, Simeon noticed a young couple entering the courtyard. The woman held an infant wrapped in linen, while the man grasped the handle of a wooden birdcage containing two turtledoves.

No doubt, for their son’s redemption–both a sacrifice and a sin offering, Simeon thought.

But before another inkling could cross his mind, the old man’s heart fluttered, as if a hundred butterflies were released at once inside his chest.

The couple scanned the open space, and that’s when Simeon’s eyes met the mother’s.

They are more than merely a poor, young couple bringing their infant son to be redeemed, he thought.

And as this sudden knowing tugged at the corners of his mind, the fluttering ceased, only to be replaced by what Simeon could only describe as a heart pang, and his knees nearly gave way.

Gaining his balance, he took one faltered step, then another and another.

Crossing the courtyard, Simeon approached the couple, the woman’s eyes fixed upon him. A look of confusion created deep furrows on her brow, and she drew the child more closely to her chest.

That’s when Simeon heard her whisper–

The man at her side stepped in front of her and the baby. A protective measure, no doubt. His eyes, too, were wary.

“Be not afraid, Mary,” the man comforted.

At only an arm’s length, Simeon stopped to face the father, then held out his trembling hands.

But his voice broke before he could finish. He cleared his throat, gathering his composure.

It was then the young woman stepped forward to take her place beside her husband. Without hesitation, she held him out.

Simeon took the infant in his arms and, with tears flowing down a face bearing testimony of long, hard years, gazed at the baby. His eyes never left the child’s face as he proclaimed—

Lord, now you are letting your servant depart in peace, according to your word; for my eyes have seen your salvation… (Luke 2:29-30).

Lifting the baby, only then did Simeon’s eyes look heavenward. As if seeing directly into the dwelling of angels, he continued—

Carefully drawing the child to his chest, Simeon kissed his head and saw, once more, the face of his own sweet son.

Turning his attention to the young mother, he spoke, though his words were for them both–

“Bless you, O chosen ones.”

After one more long, loving glance at the child in his arms, the old man handed him back to the woman. Then, speaking specifically to her—

Behold, this child is appointed for the fall and rising of many in Israel, and for a sign that is opposed…

He paused before concluding.

And a sword will pierce through your own soul also… so that thoughts from many hearts may be revealed (Luke 2:34b, 35).

An awkward beat of silence hung in the air for a moment. Then the infant cooed softly from inside his cotton wrap, birthing smiles.

As Simeon turned to go, these final words danced from his lips–

“O comfort and joy! Your servant now departs in peace!”

Stepping through the temple gate, he heard again the sparrow’s song and, once more, whispered the ancient scripture, though only to himself—

“How blessed are those who dwell in your house. I will forever praise you!” 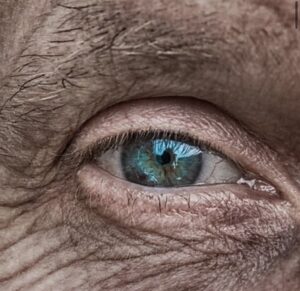 He would soon be home. This time, however, he carried in his heart the fulfillment of a promise. More than that, he carried—yes, had even held—the Promise…

Emmanuel, God with us!

Rheumy though his eyes were, Simeon had seen his salvation! How eager he was to tell the story to his beloved!

Upon his arrival, he’d find her in her familiar chair. Taking her hand, he would help her to her feet and, with an outpouring of joy never again to be contained, he would proclaim the prophet’s ancient words—

Arise, shine, for your light has come and the glory of the Lord has risen upon [us] (Isaiah 60:1).

As the old man walked the dusty path, rays of sunlight danced at his feet–the echo of a song sparrow and a young son’s laughter making melody with the wind, carrying him home.

Thank you, Sweet Savior, for coming to this dark world. What a difference You make in all our broken places. Thank you for promising to come again. We wait with expectation!

To hear a beautiful song about Simeon, written and sung by Michael Card, clink here!

(All images from Pixabay)