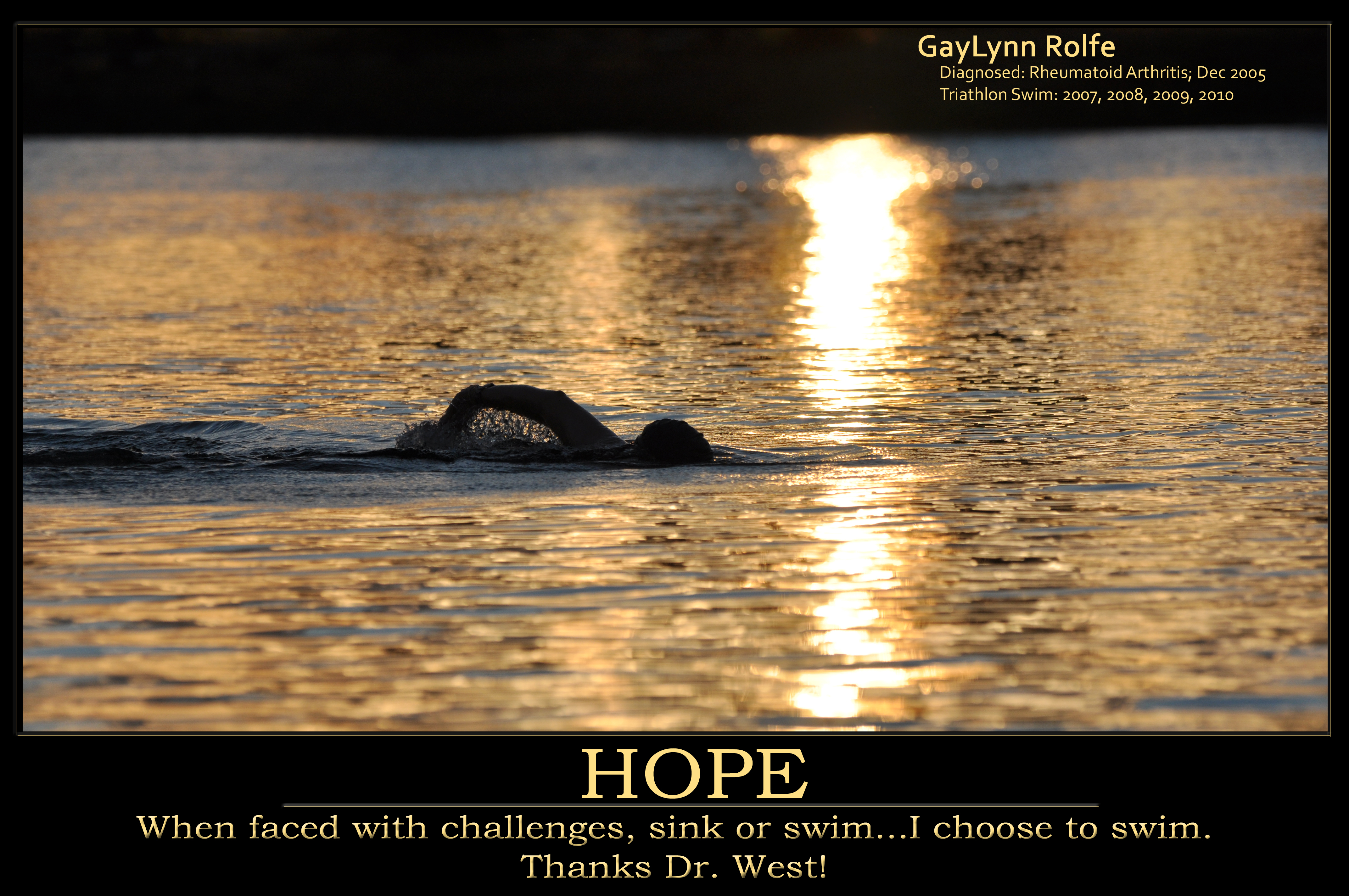 Taking off a t-shirt, holding a pen, putting on and wearing ski boots, skiing downhill. By late 2005, normal daily tasks suddenly became painful for fifty-three-year-old GayLynn Rolfe. The gravity of her symptoms hit her the hardest when she could only take two downhill ski runs in December. She slept the rest of the day in her car while her family continued to ski. Gay knew that her quality of life had taken a downward turn, but didn’t know why.

The following day Gay went to her family physician. He initially explained her symptoms away as “getting older.” Yet, when you live in the Northern Rockies, you know people who hike, bike, ski, and so much more, well into their 80’s. It is clear that age is not a valid excuse.

On the phone the next day her doctor apologized. Gay’s test results had come back. She tested positive for Rheumatoid Arthritis and her number was extremely high. He offered her oral steroids for the pain until she could see a specialist in Utah. Knowing that Gay often used natural remedies and homeopathic physicians, her doctor encouraged her to not play around with this serious condition. She needed to see a “real doctor.”
Even amid the seriousness of Gay’s condition, she could not get into the specialist until April 2006. The rest of the day Gay cried, thinking about the ski season she’d now miss after buying new gear, and so much more.
With five months to wait before she could see a specialist, Gay started an on-line search for help. Most of the information that she’d found pointed to prescription drugs. Yet one comment caught her attention. “Sometimes, for unknown reasons, the symptoms went away…” Gay concluded there must be something else out there that had helped people, but went unnoticed by the medical community.

During the waiting period, Gay went to her holistic physician, saw another RA specialist, and started her mornings with a work out routine at a gym. She knew she had to keep moving, in spite of the pain and fatigue. Even so, her symptoms progressed rapidly. One day she found herself trapped in a public restroom when she could not turn the knob and pull on the door at the same time. Her once strong and functioning hands had stiffened to mere paddles.

By March discouragement had settled into Gay’s heart. She’d had more blood work, heard the excuse of “age” again, all while her health continued to deteriorate. Gay decided to keep the appointment at the university to get another opinion. She received mixed results, yet the physician encouraged her to start on an experimental drug protocol. The doctors said they could probably help her some, but with her counts so high and as fast as the RA came on, Gay should expect to be in a wheelchair within two years. And the treatment that they’d suggested would include chemotherapy, would cost her a small fortune, could cause cancer, would make her ill along the way, and break down her bone mass. This prognosis and treatment recommendation didn’t sit well with Gay. She wanted to save her joints. Why would she want to take anything that would cause her to lose bone mass? Why would she want to further compromise her already weakened immune system, and increase her chances of cancer?

Gay walked away, and did not fill the prescription…even though her RA factor was off the charts.
While at her local gym, a friend encouraged her to go to The West Clinic in Pocatello, Idaho just an hour from her home. The clinic had recently started using intravenous [IV] nutrition therapies, and eventually implemented Prolozone injections, both to help their patients with incurable health and chronic joint issues. Gay figured she didn’t have anything to lose by going, and her friend even drove her to the clinic. The late Dr. Henry West, DC ND looked over her blood work. Her RA factor was 4600, when it should have been under 80. Dr Henry was convinced he and his son, Jason West, DC NMD could help balance and restore her health with the unpatentable remedies of God. Dr Jason started Gay on a weekly IV protocol of 80% chelation and 20% Vitamin C, and she received prolotherapy to help strengthen her joints. Gay also eliminated sugar from her diet, and she increased her consumption of fresh greens.
Gay is unsure as to when she noticed the most dramatic results, but by the Spring of 2007, she decided to train for the swimming leg of a triathlon with her daughter. She knew running would be too hard on her joints at that time, but she could swim. A lake near her home became her training ground for the August triathlon. And instead of being in a wheelchair by 2008, Gay has since participated in the swim portion of triathlons every year.

“I am thankful for every minute of every day. I am able to do all the things I would like. There are painful times, but I do not focus on them.”

Gay, like so many others who chose the natural medicine route for wellness, realized that it would take time to reverse what took years for the body to create. This IV nutritional plan was not a quick or easy fix, and it required dedication to complete the course of treatment. Yet, without a doubt, Gay feels this option offered her a more complete healing from the inside out. She is not in a wheelchair, and she didn’t have to deal with the dangerous side effects of the prescription drugs or chemotherapy. Along with swimming, Gay golfs, rides her bike, walks 5 K races, rides her ATV through the mountains with her husband, and still downhill skis an average 30 times a season—with extra energy!
“I cannot thank The West Clinic and Dr. Jason West enough for what we have been able to accomplish. The wonderful thing now is knowing that I can still get a ‘recharge’ [IV] any time I need it.”
Dr Jason West said, “With any disease process, the only way to treat people is to determine what system, organ, tissue, or biochemical pathway is imbalanced, and then use whatever treatment or modality to balance the body.  Balanced people don’t get symptoms, pain or debilitating fatigue.  That was the key to treating Gay – put all of our focus on restoring balance and harmony.  Her determination in getting better along with focus on restoring the body’s ability to heal was the key to this outcome.” 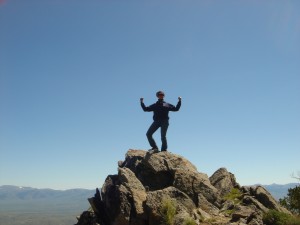