“For the time will come when people will not put up with sound doctrine. Instead, to suit their own desires, they will gather around them a great number of teachers to say what their itching ears want to hear.” 2 Timothy 4:3

News of a loved one who had strayed into sin tore my heart to shreds. Anger, disappointment, and sadness overwhelmed me. I couldn’t sleep. I cried easily. Questions about why, how, and what to do tormented me. My peace was disturbed by the fact that, for someone to expect God’s mercy while ignoring his justice is a serious thing.

Christians have a great hope. Romans 15:4 promises, “For everything that was written in the past was written to teach us, so that through the endurance taught in the Scriptures and the encouragement they provide we might have hope.”

In the Scriptures, God gives us a manual for hope. We have stories of people who achieved amazing things; those who triumphed over mighty enemies and against great odds; nobodies in the world’s scheme who stood toe to toe with kings; and promises of future glory in heaven and the new earth.

Jesus prayed to have the cup of suffering taken from him. The disciples hid behind locked doors 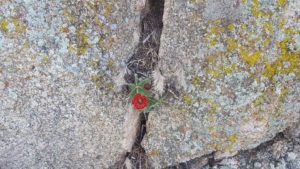 when they were frightened and discouraged. Paul despaired for his life. Yet all of them hoped not only for earthly rescue from their enemies and hardships but also for eternal life with Jesus Christ.

Not everyone in the Bible received what they hoped for. Hebrews 11 contains a long list of godly people who died without seeing the object of their faith, yet they were confident God would do as he promised.

We live in a world where people want their desires fulfilled immediately. They don’t want to wait, struggle, or work. They want blessings handed to them based on being good people, not godly people.

Impatient people turn their ears away from the truth, believing myths that fit the world’s idea of how things should be. The neglect of scriptures that promise hardship, the testing of our faith, and perseverance toward maturity leads to sin.

The Christian life follows a narrow path fraught with distractions, temptations, and dangers, taking care not to fall. In 1 Corinthians 10:13, Paul writes, “No temptation has seized you except what is common to man. And God is faithful; he will not let you be tempted beyond what you can bear. But when you are tempted, he will also provide a way out so that you can stand up under it.” 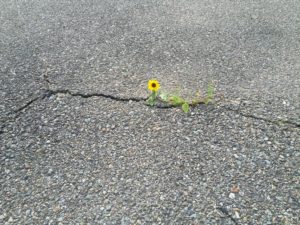 We are never left alone! Replacing despair with hope requires effort. My friend who has followed people who distort the Word of God, and me when tempted to blame and despair, both have a way out if we seek it and take the necessary steps to reach it. Our problems and temptations will not disappear, but we will receive help to bear up under struggles and temptations in a way that pleases God. Hope is mine because “in all things God works for the good of those who love him, who have been called according to his purpose” (Romans 8:28).

This difficult thing that haunts my sleep and darkens my days will not cause me to fall into despair, because I commit to take it to the Lord each time the worries and fear start. I determine to seek God’s face in prayer and in his Word. I will stay true to what God says in Scripture, even the hard stuff, knowing that as a believer, his power, “like the working of his mighty strength, which he exerted in Christ when he raised him from the dead” (Ephesians 1:19-20), is available in my times of need.

Therein rests my hope, and from that derives my peace.

“I have told you these things, so that in me you may have peace. In this world you will have trouble. But take heart! I have overcome the world” (John 16:33).