What are the qualities of a good leader? Is it someone we can trust? Someone who sets a good example? Perhaps we’d say it is someone who has no hidden agenda, but who wants everyone to succeed?

Often when we think of a leader, we think of someone who is in charge of a large organization. Or we might think of a leader as someone who is in charge of a country.

But right now, I’d like to talk about the qualities of a good leader that were exhibited by our sweet friend and neighbor, Ron.

Referencing Psalm 23, the nephew went on to say that’s what a good leader, a good shepherd, does. A good leader feels what we feel. He mourns when we mourn, and he rejoices when we rejoice.

I like that picture of a good parent. A good leader. A good shepherd. 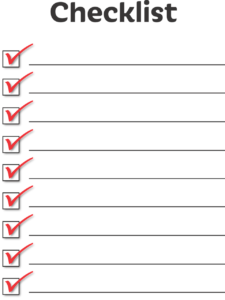 Ron’s daughter shared some of the lessons she learned from her father during the service. Here are a few of the things on her list to give you a brief glimpse of the man she called dad.

Although you may have heard most, if not all, of the above sayings before, I’m thinking you may not have heard this last one. “The bus isn’t leaving.” (Stop rushing.) I can almost hear Ron say that in his Reading, Pennsylvania accent.

Ron led by example. That’s what good leaders do. It wasn’t do as I say, not as I do with him. He wasn’t distant in his children’s lives. He coached them not only through tennis, but through life as well.

Jesus led by example, too. It wasn’t do as I say, not as I do with him either.  Jesus came to this earth to show us what it means to be a good leader. He showed us how to be a servant-leader.

One of the top qualities of a good leader is someone who wants us to do our best. In those times 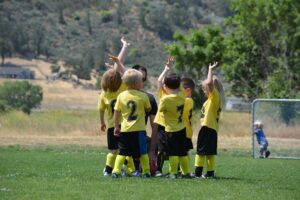 when we can’t return a shot and miss a point, I believe Jesus aches with us.

When we score the point and win the match, I believe he celebrates with us.

Do you think Jesus might be telling us the same thing Ron told his children?

Stop rushing through this life. The bus isn’t leaving quite yet.

Pay attention to those around you. Lean in. Take time to listen to their stories.

Lend a hand when you can. Ache when they ache. Celebrate when they celebrate. We’re all in this together.

When we pause to think about it, maybe those are the qualities of a good leader after all.

What qualities do you look for in a leader?

I wish you well,