After twenty-seven years, he took off his prison garb and walked out a free man.

Nelson Mandela, a lawyer who joined the African National Council (ANC) in 1944, became the national president of the organization in 1952. The ANC embodied South Africa’s nationalized resistance movement against apartheid—the institutionalized system of white supremacy and racial segregation. In 1960, Mandela helped organize a paramilitary branch of the ANC which engaged in guerilla warfare against the white minority government. 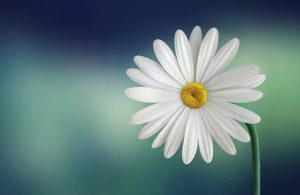 Mandela spent eighteen years at Robben Island where he was confined to a small cell with no bed and no plumbing. Guards forced him to do hard labor in the quarry. He could write and receive a letter only once every six months. Once a year, they allowed him to meet with a visitor for thirty minutes.

Yet, Mandela’s resolve remained. He led a movement of civil disobedience in the prison that eventually convinced South African officials to improve the conditions. Later, Mandela was moved to another location where he lived under house arrest.

F. W. de Klerk became South Africa’s president in 1989. When he did, he began to dismantle apartheid. He lifted the ban on ANC, suspended executions, and on February 11, 1990, ordered Mandela’s release. Mandela took off his prison garb and put on his regular clothes. 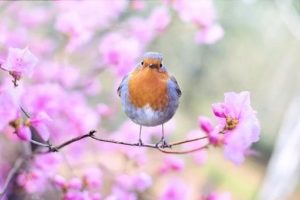 Former King Jehoiachin also put on some new clothes. “He (Evil-merodach) supplied Jehoiachin with new clothes to replace his prison garb and allowed him to dine in the king’s presence for the rest of his life” (Jeremiah 52:33 NLT).

A previous Babylonian king had removed him from his throne in Jerusalem and taken him captive to Babylon. But now a new Babylonian king freed him. Not only did Jehoiachin take off his prison garb, but he also ate regularly at the king’s table.

Spring brings with it new clothes as well. Dormant trees sprout buds, flowers, and then leaves. The grass greens. The dreaded pollen covers everything. Birds that left during the winter return to our feeders and nest in our trees. Perennials peak their heads from beneath a warming soil. And seeds we plant in our flower and vegetable gardens sprout and provide us with beauty and fruit.

In a spiritual way, God does the same for us when we come to Him for forgiveness. Prior to this time, we wear sin garb, but once we confess and receive His forgiveness, we slip on new clothes: the righteousness of Christ. God then welcomes us to His table of grace, and we can freely come as often as we desire. 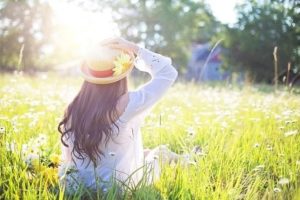 But the benefits extend beyond life on earth. In heaven, we will sit at the feasting table of the King, dining with Him for all of eternity.

The Bible doesn’t tell us how Jehoiachin reacted to his new set of circumstances, but we can imagine. Eating with the king after having experienced imprisonment surely exhilarated the former king. And so will it for us.

Why not take a moment to thank God for the new garb He’s given you? And if you haven’t put yours on yet, why not make the exchange now?