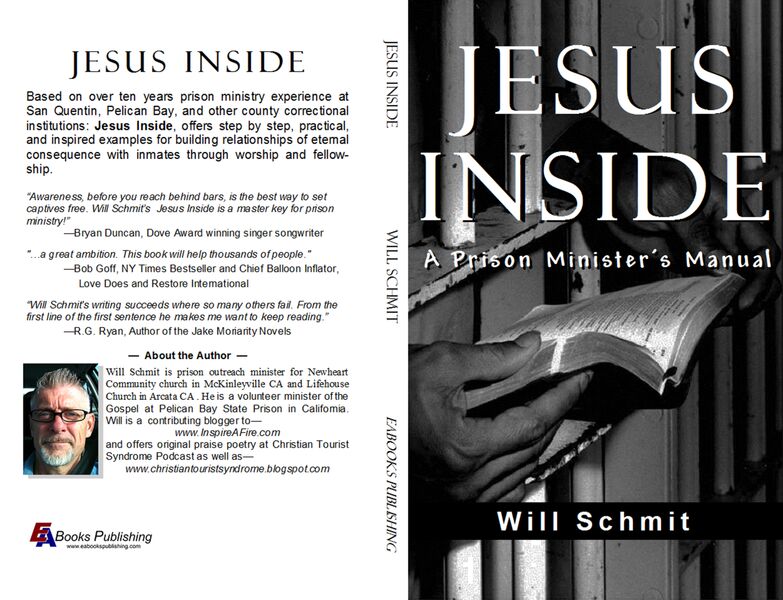 Excerpted from Jesus Inside : A Prison Minister’s Manual  due to be published by EABooks DEc 2015

The unbelieving world asks, “What good is prayer,” never guessing what evil has been prevented or diminished by the unseen efforts of petitioning saints. A popular novel of the seventies, Jonathan Livingston Seagull, made a point that if you argue for your limitations, they’re yours. Campaigning against the effectiveness of prayer is a sure-as-hell-fire way to disprove the place of prayer in a person’s life, but it will not unseat prayer as a hinge of creation.

When God created all that is made from what is unmade, He spoke it into existence. He imagined it and brought it forth by speech. He prayed every bit of every “it” into reality, and when He made us in His image, He gave us—and us alone—the gifts of imagination and speech. We were made to communicate, to perceive, to ascertain. Would it stand to reason that our Maker would make us capable of communicating, of worshipping, in Spirit and in Truth?

Prayer is an act of faith. When Jonathan prayed before battle (1 Samuel 14:6) he said, “Perhaps the Lord will work for us.” When Jesus prayed, He said, “I know You have heard me.” The one time Jesus’s righteous anger was recorded in the Bible, He drove the money changers from the temple saying, “Is it not written, ‘My house shall be called a house of prayer for all nations?’ But you have made it a den of thieves” (Mark 11:17).

Entering into prison ministry, we reverse that curse. We come into a den of thieves intent on resurrecting it into a house a prayer. I’m not a craftsman. If I need to fix something around my house, I pick up the phone and call somebody qualified to git-r-done. I sometimes watch these miracle-makers prepare to make a repair. They assess the problem, choose the right tool, lay out the materials, make a plan, and do the next right thing until the job is completed.

That’s how prayer works. We call in the supernaturally qualified, we cast our cares, unseen forces come to bear, and we do the next right thing. We prepare for the supernatural repair of our world, until Jesus comes, by prayer. A beginner’s prayer may be a mere hope to see the passing face of God between time and space—a simple, “Are you there, God?” The despondent may cry for help, or for unfathomable deliverance. The weary for rest, the weak for strength, the ill for health, the wealthy for usefulness, the talented for collaboration, the violent for calmness, or the irreverent for depth of meaning.

Prayers outpoint the stars. They baffle the intricacy of snowflakes as if they were paper cutouts in a kindergarten class. Prayers wash troubled waters until they still. Prayer brings drops from clouds of doubt to the most parched affection. Prayer sometimes settles the stormy sea—and sometimes the sailor. Prayer is our life’s work working. The original apostles may have asked Jesus for a thousand favors we’ll never learn about, but we do know they asked Him to teach them how to pray.