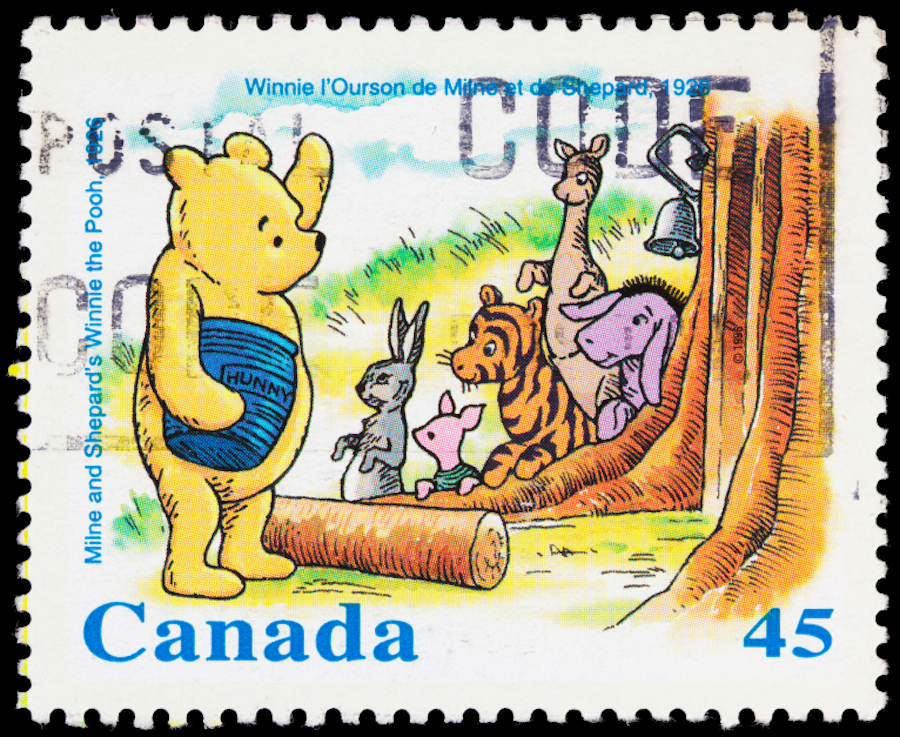 Therefore shall a man leave his father and his mother, and cleave to his wife; and they shall become one flesh. Genesis 2:24, Darby Translation (DARBY)

One day when the sun rose over the Hundred Acre Wood, bringing with it the smell of Spring, and all the streams in the Forest were tinkling happily to find themselves their own pretty shape again, Christopher Robin said to Owl, “I am going to give a party.”

ial sort of party, because it’s for Pooh. Will you hurry quickly and tell Pooh and the others?”

Owl tried to think of something very wise to say – a very witty and clever remark – but couldn’t. So he flew off to tell the others. And the first person he told was Pooh.

“A party for me?” said Pooh. “Will there be those little cake things with pink sugar icing?”

Owl felt that it was rather beneath him to talk about little cake things with pink sugar icing, but he allowed that. “Yes, I suppose there will be sweets of all kinds for you are the sort of bear who enjoys such things and after all, what sort of party would it be without you and sweets?”

“And honey? Will there be honey?”

“I suppose. But now I must be on my way to tell the others.” Owl flew off to tell Eeyore and Piglet and Roo.

“A party for me?” thought Pooh to himself. “How grand!” And he began to wonder if all the other animals in the Hundred Acre Wood would know that it was a special Pooh Party and why he deserved such a grand event.

While Pooh pondered these things, Owl was talking to Eeyore. “Eeyore,” said Owl. “Christopher Robin is giving Pooh a party.”

“Very well. I shall come. Only don’t blame me if it rains.”

But it didn’t rain. Christopher Robin had made a long table out of some long pieces of wood and they all sat around it. Christopher Robin sat at one end, and Pooh sat at the other, and between them on one side were Owl and Eeyore and Piglet and all of Pooh’s closest and dearest friends. It was a fine party with little cake things with pink sugar icing and everyone had a grand time.

“Only…” said Pooh, looking down the long table filled with wrapping paper and opened boxes and new jars that had the words POOH on them, and new fluff for when his stuffing fell out…. “Only where is the honey?”

Christopher Robin smiled and said, “Silly old bear. Did you think we would forget your honey?”

Owl and Eeyore and Piglet and all of Pooh’s closest and dearest friends rose from the table and left the room and returned quickly with a large box — one nearly as large and round as Pooh.

Pooh tore at the wrapping paper and lifted the lid of the box. Immediately his face clouded over with confusion. “But this… this is not honey,” he said, sadly. “This is only a…”

“Girl,” replied Christopher Robin. “She is sweeter than honey. And when you feel lonely or sad or your stuffing falls out, she will be there to help put you back together. She, Pooh, is Mrs. Pooh.”

Pooh found himself at a loss for words, which for a bear with a very small brain happened often. His eyes began to leak. Then a most wonderful thing happened. The new Mrs. Pooh touched his cheek with her fingers and Pooh found himself thinking, not of honey, but of how beautiful Spring smelled and how the tinkling of the streams sounded like wind chimes and how this new Mrs. Pooh stuck to him like honey.

“So I never have to live without you.”

(Adapted from A.A.Milne’s, Winnie-the-Pooh — Eddie made up the Mrs. Pooh part.)