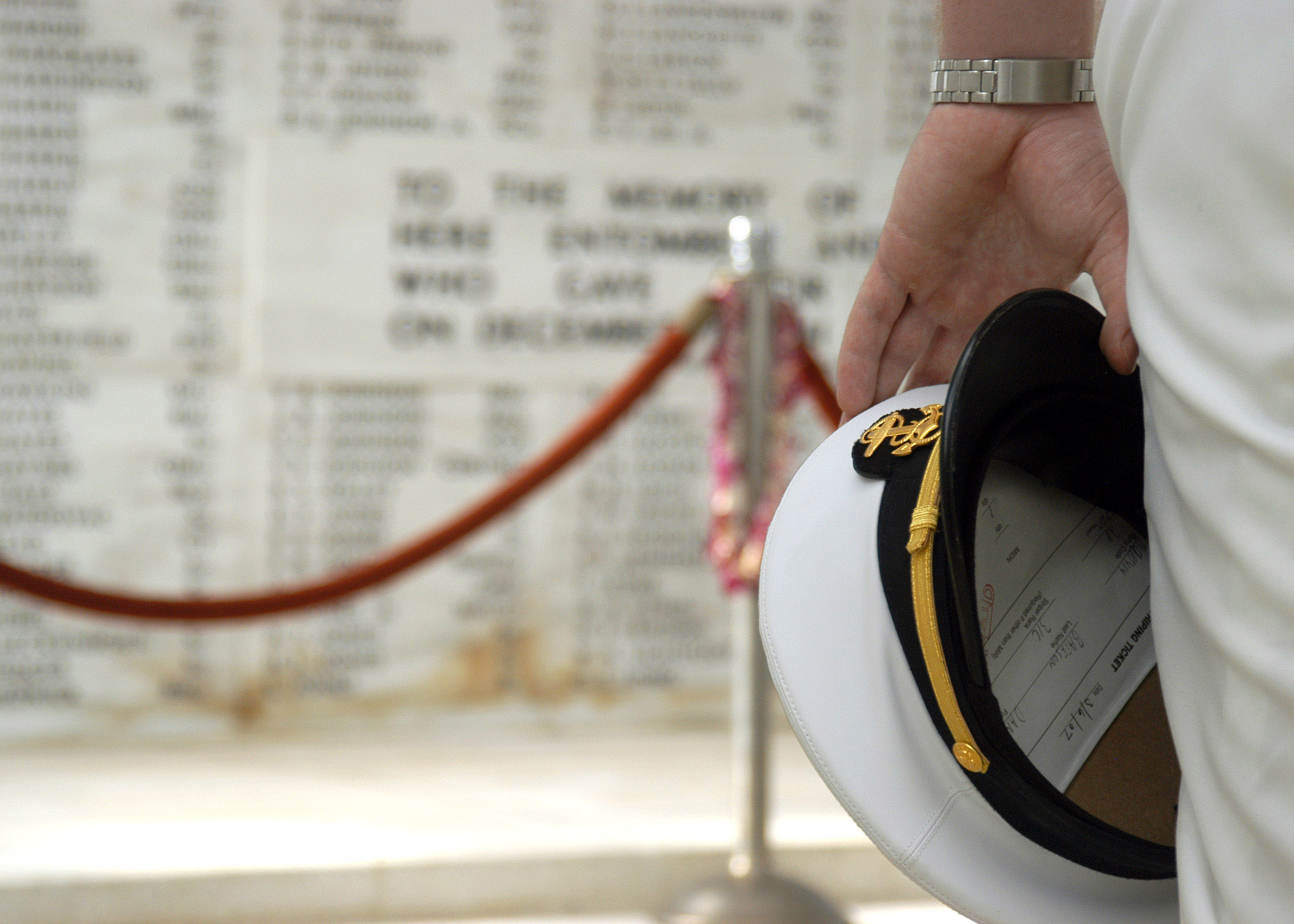 I recall a story I once heard about a family who’s son was in Pearl Harbor on December 7th, 1941. Beginning that year, and every year since, it has been the family tradition to put up the Christmas Tree on December 17th, because that was the day they finally got word that their son was alive and well. I want you to consider that before I continue.

Mothers, can you grasp it? 10 days of not knowing whether or not your child is among the dead and missing in the most devastating attack this country has suffered before or since. In this day of texting, facebook, and cell phones, it’s almost incomprehensible that we would have to wait a week and a half to find out a loved one was alive and well. If it were today, the Japanese would have finished the attack by 10am and a mom in Detroit would get a text message at 10:01am–“Mom, I’m fine, ship sunk, won’t be home for Christmas.”

I say it with a bit of dry humor, but it does bring home how insane it seems to wait 10 days for the U.S. Navy to get a message to a family within our own borders. But for those of us sitting in our warm, comfortable homes this Christmas season with not a Japanese Zero in sight, that story conjures up other emotions.

Imagine a 10 day period, or even a single event, in your life that transpired into a long standing tradition. In fact, I’ll ask that question at the end of this post. Even better, wouldn’t it be wonderful if we started a little tradition right here and now? Most of us reading this blog have traditions passed down to us through the church. We have our Advent Candles, Christmas Eve services, reading of the Christmas Story (or, in my father’s case, watching of A Christmas Story, but not the one from the Bible, the one with the Red Ryder BB Gun).

I often wonder if the events that spawned the Greatest Generation also spawned several decades of a true appreciation of the season. It wasn’t just a few thousand families sitting next to their phones or watching for an official government car to pull up to their doors in December of 1941 that found their Christmas festivities put on hold. Every American…no, practically every person living in modernized society wondered what the future held. By the end of December, America was at war with Japan, German, and Italy. But most of Europe had already suffered through several years of the conflict, and none of our allies had a bright outlook.

When I think of that period of history, I wonder if my own generation could pull together as that one did. Yes, we have our 9/11, but that event, as horrific as it was, had little or no impact on our daily lives unless we were directly impacted. We had no threat of invasion, no sugar shortage, no fuel shortage. Most of us resumed our lives within days and our Christmas shopping certainly didn’t suffer in the least.

I appear to be rambling. But I have a destination in mind. What did it take for a nation to go from pulling together to ensure their freedom, foregoing most of their comforts and offering their time and services for a common cause, to a nation of people who get into fistfights over the hottest toy every Friday after Thanksgiving (which has now turned into the Thursday night after Thanksgiving)? More importantly, what will it take to reverse the course that his driven us to this pathetic state?

I’ll leave the question open for now. My challenge to you at the moment is to identify that time in your life, or even in the history of your family, that became a defining moment, the one still passed down in stories through every generation. It may have happened sixty years ago, or it may have happened last week. What made you stronger? What made your family pull together to weather the storm? What have you done to memorialize the event? And if you haven’t done so, what can you do to make it a special tradition every Christmas season?

Please post your answers. I’ll include my own soon. God bless you all.