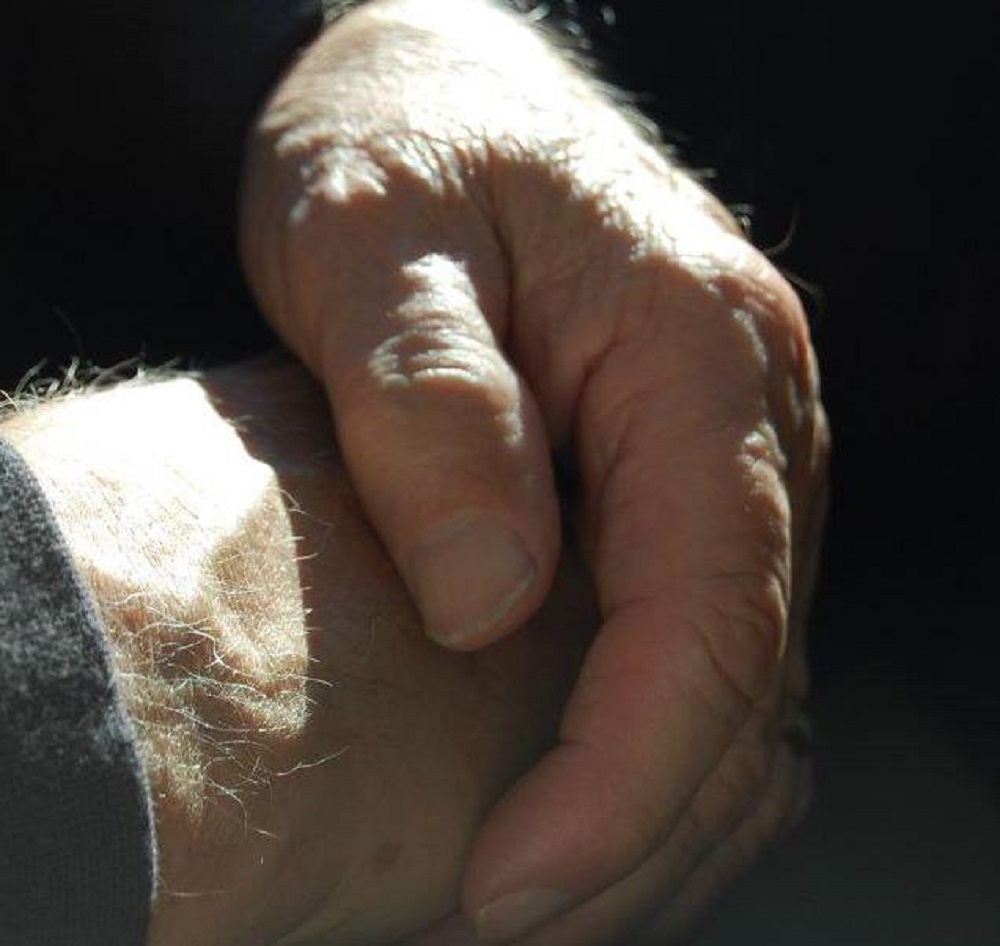 I first met my father-in-law when I was twelve. I entered the church foyer for the first time and noticed a most gentle man who greeted everyone with a hug. With a pat on the back, he referred to others as as “Brother” or “Sister” or “Partner” (pronounced “pot-nuh”).  Translation – we are in this together. Family.

He had a unique gift of making everyone feel like the most important person in the world.  He connected on the deepest level of the heart, and if you were hurting, so was he. His tears were genuine. His laughter, contagious; especially when he laughed at one of his own jokes. What stands out most about him, after watching behind the scenes for over 30 years, is that his motives were 100% pure. He loved, simply because it was the right thing to do. There was never a time he was not quietly serving others, sneaking into hospitals at daybreak to pray with those who were scheduled for surgery or taking food to those he suspected might be hungry.

When no one else was watching, he was about his Father’s business. Always.

Like the Energizer Bunny, he rose each day with more energy than any of the rest of us combined. Though he was 77 years old, he was honestly the healthiest man around.

But on Tuesday, July 16 we received the most unexpected phone call saying he died in his sleep. The night before, he helped a neighbor chop up a tree that had fallen during a recent storm. He came in at dusk, took a shower, then went to his recliner to watch the Home Run Derby on ESPN. At some point, he fell asleep.

And when he woke up, He was with Jesus. There was no warning. No sickness. And judging by the pleasant look on his face, no pain.

After getting the phone call that morning, , my now- adult daughters and I arrived at the house at the same time the hearse rolled up to take him away. None of us had experienced anything like that before, and it was as if the world was moving in slow motion. The scene that played out before us was blurred by tears, yet amazingly clear.

Two police officers came from the house with somber faces. Their report, complete. They avoided eye contact and expressed their condolences.

My daughters ran to his side. They clasped his hands and knelt beside him, whispering all the things he already knew about how much they loved him and how he had shaped them.

The men who drove the hearse went outside to wait. It was not yet time, and they choked back tears of their own. Because in his last years of retirement, he worked alongside them at the local funeral home. A perfect fit for a man with the best hugs. A place he would have been anyway, beside those who were hurting.

We said our good-byes and gathered to pray around him. We thanked God for such a gift; such an example of how to live and how to love.

Church members began to roll in with tears in their eyes. They knew nothing more than to show up; to be there for us and with us.

Yes, Pawpaw it is. And for the record, Facebook and the internet now know all about you.

Neighbors, those who were home in the mornings, understood what had happened, perhaps by the appearance of the fire truck, then the police, followed by the hearse. Three final chapters of the story of a man they had grown to love. They showed up with trays of food, introducing themselves by name, maybe for the first time.

A couple of days later, hundreds stood in line for two hours to share their favorite memories of him. At times, we consoled them as much as they consoled us. The shock was too much to bear alone, but thankfully, none of us had to.

The burial, complete with military honors, a part of his past he failed to mention to many of his closest friends, was as special as the man himself. His two sons covered his casket with the first few shovels of dirt; a symbol of acceptance of the responsibility that was being passed on to them. One final way to honor him and say good-bye, long before they were ready to do so.

Helen Walton has a quote that says this:

“It’s not what you gather, but what you scatter that tells what kind of life you have lived.”

Pawpaw scattered love and acceptance from start to finish.

And as for what kind of life he lived?

The evidence lives on through each of us.

So scatter on, loved ones. Scatter on.