View at your own risk.

Pain Comes in Many Forms

Pain comes in many forms. It can be physical, emotional, financial, or lots of other ways. But we all have now, have had, or will have pain.

I’ve had more pain than most. In fact, my sister-in-law gave me the nickname Mrs. Job. Remember Job, the guy in the Bible who endured one catastrophe after another, ending up with nothing but his wife, who turned her back on him? Well, I’ve faced a ton of stuff too, but I’ve managed to find peace anyway.

Much Pain is Physical

Much of my pain was physical, from head to toe – literally! The last photo is of the walker I used after my stroke. All of these caused me pain at the time, but I’ve recovered (mostly) and now have physical peace.

Some Pain comes from Abuse

My earliest pain was at the hands of my abusive father. Pain that lasted for years, until I learned to forgive and let go of the hurt. My second husband insisted that i forgive my dad, and I finally found peace after 35 years of hurt. 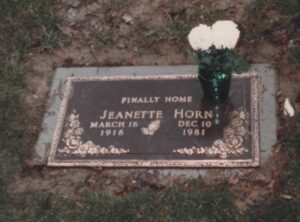 Some of my pain was emotional due to the loss of loved ones. My mom died when I was 31 and she was only 63. (I was always afraid that I would die at the same age, but God decided otherwise!). Most of my adult life, my first mother-in-law has been my “mother”. Mother’s Day is always a little hard, but I have a replacement mother, so life can be better.

Then, in my early forties, my first marriage ended. Another loss. But I remarried and had my own “happily ever after”, which lasted only 13 years before his death. He died younger than I am now. It took a year but I finally learned to be thankful for the time I had him instead of angry for the time I didn’t. And peace finally found a home in me.

A few years later, I returned to my hometown for a visit and went to the church I grew up in. Where once several hundred people gathered to worship and love on each other, now there were only a few dozen. And those in attendance mostly sat alone, isolated from the rest, with no one reaching out to one another. Spiritual pain for a church no longer showing Christ. I cried, then came home to my current church, which is alive and well.

Peace in (and IN SPITE OF) the Pain

But in the midst of all this pain, there is peace. Peace in knowing that God was with me every step of the way and will continue to be with me.

And His peace is available to you, no matter what your circumstances or what pain you have to endure. Just ask Him to take over and lead you wherever He wants to. His plan is always better than any idea you ever had!