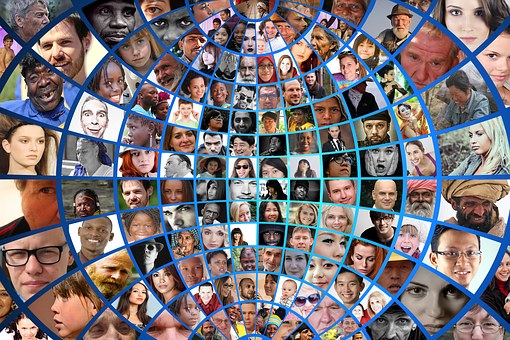 Twelve imperfect men with different backgrounds and personalities, yet one common, goal put their differences aside, joined together, were empowered by the Holy Spirit and boldly proclaimed the Gospel of Jesus Christ.

They were called to love one another and the world as Christ loved them, despite their differences. Not an easy task considering the diversity of the group, but a task they accepted.

Jesus didn’t call a group who were exactly the same to serve him. He called a group of diverse men to reach a diverse population. These men stretched across a wide spectrum of abilities, lifestyles, education, temperaments, and position.

Jesus called each person knowing their strengths and their weaknesses. He knew what one person could not accomplish alone, they could accomplish together.

Among the twelve apostles first called there were fishermen. One was a tax collector working for an occupying government. One, an enthusiastic Jewish patriot. Some might call him a radical.

Several of the men were chosen out of obscurity. Some were contemplative. Some impulsive. One was a politically ambitious, greedy thief and traitor.

These men brought family members to Jesus. They brought their friends. They witnessed to people in distant lands and close to home. They witnessed to foreigners and kinsmen. They overcame their prejudice and went where God led. They suffered mightily for the cause of Christ.

Regardless of their unique differences, Jesus melded these twelve different personalities together with the expectation they would work alongside one another in love and serve his purpose to advance his kingdom here on earth.

I believe he expects the same from us, don’t you?

[bctt tweet=”Twelve imperfect men with one common goal, put their differences aside, joined together and boldly proclaimed the Gospel of Christ.” username=”inspireafire”]