J.T. melted into a puddle of tears.

“When my truck got old, you threw it away.”

Therefore, if anyone is in Christ, he is a new creation.
The old has passed away; behold, the new has come.
~ 2 Corinthians 5:17 ESV

Wouldn’t it be nice if it were as easy to toss out our old sinful ways as it was for Bev to toss out J.T.’s old truck?

Once we trust in Jesus Christ for our salvation from sin, sin loses its power over us. It’s passed away, and the power of Christ through His Spirit has come in to take over.

We’ve been given a new nature. Out with the old and in with the new.

But alas, our ability, and tendency, to sin lives on in our body. As long as we’ve got a body, we’ve got the ability to sin.

But the battle isn’t lost if we grasp the truth that our new nature hates sin, loves God, and wants to read the Bible.

This nature never gets old. It feels fresher to me today than it did the day I received it, over 40 years ago. But that’s because I didn’t know what to do with it back then.

My learning to understand my new nature in Christ reminds me of the Christmas when I won a flashy, red convertible.

Bobby thrilled at the sight of the car. He beamed as he sat behind the wheel talking on the car’s plastic phone. 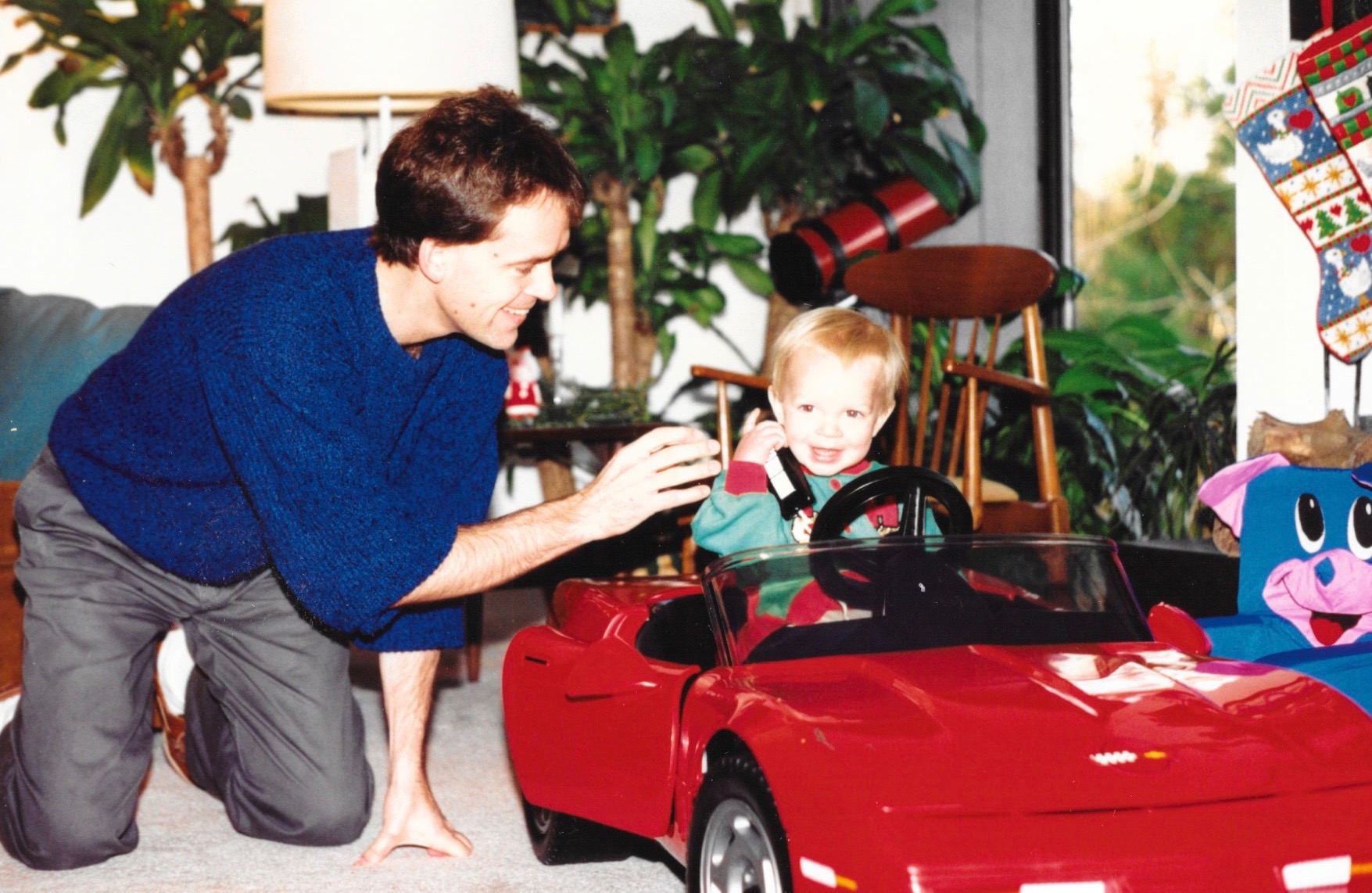 He spent every day of the next year pretending to drive it or working on its underbody with his Little Tykes workshop tools.

He loved his new sports car, even though he had no idea of the power the engine held since his foot couldn’t reach the gas pedal.

Is it still called a gas pedal in an electric car?

As soon as Bobby could reach the pedal, we plugged in the battery and let him take it for a spin. His eyes grew as big as the wheels on his convertible when he discovered the power he’d been sitting on all that time.

He wheeled around the yard in his miniature sports car wearing a monster-truck-sized grin.

Learning to Live in Our New Nature

In similar fashion, when I first came to know the Lord and received my new nature, I didn’t know it had any power. For years I basically sat around in it clueless.

I loved being a Christian, but it never felt like it was taking me anywhere. I still struggled with the same old sins.

I didn’t realize I possessed the power to resist sin, to love the unlovable, and to be content in Christ even when life around me churned.

My gratefulness for my life in Christ remained constant, but true enjoyment of it only took off when I plugged in the battery. The Bible.

Once I discovered the power that comes from studying the Bible — the whole Bible — my faith grew wings.

The more I studied, the more the Holy Spirit opened my eyes to truth and worked in my heart and mind.

The allure of the lies my old nature had been pumping into me began to lose its luster and its power more and more.

Some days I’m like Bobby, whipping around the yard, laughing with excitement over finally driving his red convertible.

Other days, I’m more like young J.T., clinging to the old.

But as I remain in God’s Word and His Word remains in me, His Spirit leads me to victory in the battle between the old and new.

His Spirit leads us all to victory who trust in Christ and plug in the battery.

Behold, the new is here to stay — unlike J.T.’s old truck.

His truck is long gone, but at least his mom never threw him away as he feared.

Today J.T. drives a full-sized Ford truck and buys toy trucks for his own son, who he also will not throw away, no matter how old he gets.