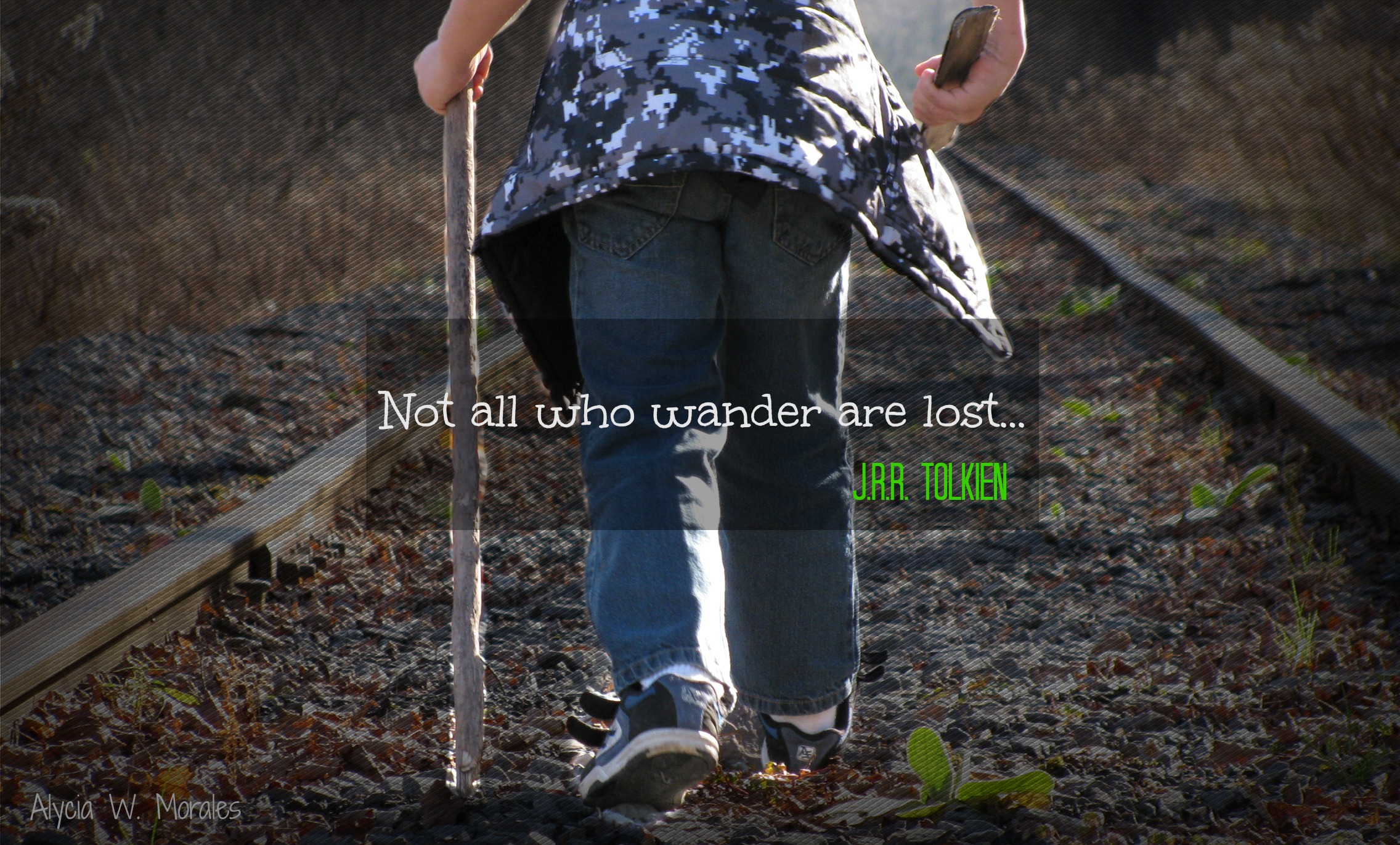 I’m a wanderer. So often, I feel like I’m wandering in my own personal desert. Walking in circles. Retracing my steps. But never getting anywhere.

I wander as a mother. Didn’t I just address this attitude issue? How many times am I going to eye my children with that universal look that says, “You’d better say thank you or you’ll never taste another piece of candy?” How many diapers will I change before I suffer from permanent olfactory nerve damage?

I wander in my writing. I’ve written a book. Did you know that? I have. A whole novel. I didn’t know it at the time, but writing that novel sent me wandering into the dark forests of publication. It’s fun. Except for when it’s not. Like when you realize that all the writing you’ve done for the past six months will never see the light of day.

I don’t like to wander. I have plans and dreams and it frustrates aggravates drives me insane when things don’t happen the way I think they should. Wandering feels like such a waste—of time, energy, and resources. It feels like I’ve dropped the ball. It feels like I’m lost.

But “not all those who wander are lost.” Take Joseph. In Genesis, he’s dreamed some big dreams. And he’s got plans. So when his father sends him in search of his brothers, he sets off with purpose. He knows where he’s going. He’s going to Shechem.

But his brothers aren’t there and Joseph wanders around in a field for a while before someone tells him they are in Dothan. (I am not making this up—you can read it for yourself in Genesis). It’s a tiny detail. The kind of thing an editor might cut from the story. But God left it in.

He left in the part about the wandering.

You know the rest of the story, don’t you? When Joseph found his brothers, they decided to kill him—and they would have if his big brother hadn’t convinced them to throw him in a pit instead. And then, some Midianite traders show up and Joseph is sold as a slave in Egypt which turns out to be a crucial point in God’s redemptive plan for His children.

What are the odds of those Midianite traders showing up at that exact moment? And what if Joseph hadn’t wandered around for a while before heading out to Dothan? That wandering? It saved Joseph’s life. And it saved the children of Israel.

Joseph may have been wandering, but he most certainly was never lost.

Sometimes God gives us big dreams…big plans…big hopes for the future. And then He lets us wander around for a while. Not because He’s mean. But because He’s maneuvering all the pieces into position so He can do something even bigger than what we could imagine.

If you’re wandering, don’t despair, don’t panic, and most definitely do not give up. Who knows? Someday when the story of your life is written, this little “wandering” detail may be the one no editor would dare to cut.

Father, Thank you for giving us this glimpse into how You work. Give us the grace and faith we need to trust You, even as we wander.

I am indebted to the Bible study, Read the Bible for Life by George H. Guthrie, where the beauty of this part of the Redemption story was highlighted.
And in case you are unfamiliar with it, the quote is from The Fellowship of the Rings by J.R.R. Tolkien…

“All that is gold does not glitter, not all those who wander are lost; the old that is strong does not wither, deep roots are not reached by the frost. From the ashes a fire shall be woken, a light from the shadows shall spring; renewed shall be blade that was broken, the crownless again shall be king.”