I had settled into my dorm room, survived the first few weeks of life away from home, and established a routine for classes and study. With a mixture of excitement and uncertainty, I looked forward to campus life. 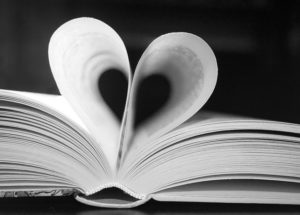 My parents had instilled the habit of daily devotional time, so I opened my Bible for a few moments alone with God. As I turned the pages, a previously unnoticed scrap of paper caught my attention. A one-by-two-inch, 16-line poem lay before me. Although signed Mom, I would have known the source without her signature. The lower right edge pointed toward the first Bible verse my mother taught me: “Do not be overcome by evil, but overcome evil with good” (Romans 12:21).

I’ve never known anyone else to claim Romans 12:21 as their first memory verse. I don’t recall the details of learning it. However, in my home church, children and adults often quoted memorized Bible verses as a part of Sunday morning opening exercises. I’m sure I practiced as Mom listened during the week before I shared it. Both the words and the message of that verse have challenged and guided me through the years. Mom never had eyes in the back of her head. Far better, she gave the never-failing gift of scripture in my heart. 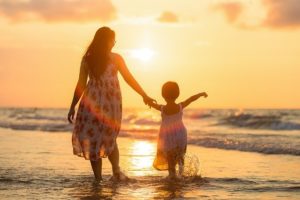 When tempted, both as a child and a teen, Romans 12:21 often came to mind. If someone hurt me, and I wanted to get even, Romans 12:21 told me not to do it. It offered clear guidance and kept me out of a world of trouble. That’s not to say my desire for revenge never drowned out its truth. However, the after-effects of following my stubborn pride made me one miserable youngster.

When encouraged to join in questionable activities, Romans 12:21 returned. Again, I didn’t always listen, but I’m thankful for the times I did. If I went along with a misguided crowd, I learned that such activity created a void in my life. It separated me from what I knew was right, leaving me guilt-ridden and ready to return to God’s goodness.

I remember one night in high school, during an out-of-state teen convention, I ate dinner with a group of new friends. When I mentioned the approaching curfew, one girl assured us her parent was a leader, so curfew was no problem. However, when we returned a few minutes late, our chaperones expressed their concern in no uncertain terms. Romans 12:21 led me to apologize the following morning and assure the adults in charge I would not be late again.

The temptations of adulthood differ in some ways from those of earlier years, but those differences make them no less appealing. Fudging on time sheets, taking shortcuts on assignments, giving less than my best at work – everyone else does it, so why not? Romans 12:21, that’s why. Turn a blind eye to obvious indiscretions, ignore inconvenient laws, fail to file honest reports – I can’t do those either, according to Romans 12:21. Smear the name of those who smear mine, show disrespect to those who fail to respect me, mistreat those who mistreat me. Nope. Romans 12:21 says otherwise. That verse has consistently challenged me to stay positive in an often negative world. 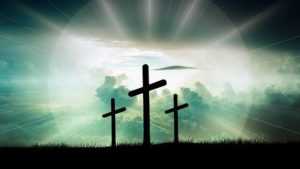 Regardless of my age, Romans 12:21 holds true. Giving evil for evil, following a wayward crowd, and yielding to temptation always make matters worse. Only good triumphs over evil. Yet, I can’t get good enough on my own. That’s why Jesus came. He died on the cross for my evil, and he covered it with his righteousness, his goodness, when I accepted him as Savior and Lord.