Nearly two and a half decades ago, I returned home from the hospital without my daughter.

Devon Mara-Leigh was to be our firstborn’s baby sister. Only three months younger than Ian, they’d be more like twins. Dorian and Devon—their names were a song on my lips.

A baby shower, prepared time off work, a plan for her presence in our space—all dancing steps toward bringing our daughter home. Ian didn’t understand what we were saying when we’d sing–

Your daddy and your mother

Are making you a brother;

Your sister’s a baby

But adoption is never easy, even if every jot and tittle of the legal parts fall perfectly into place. There are hearts exposed. Love is discovered. Raw realities have to be faced.

When Devon was born on May 18th, 1998, there seemed to be no question. Her birth mother was certain. She was ours. This was right. All was for the best.

But sometimes the brain gets ahead of the heart, and in matters of one’s flesh and blood, there aren’t always guarantees.

It didn’t matter that Devon had spent her first night with me in our hospital room, nor that I’d fed her those first few bottles, changed her first few diapers. Our time together was less than twenty-four hours—a drop in the bucket compared to the nine months she’d been carried by, nourished by, brought to life by another. And in the end, this woman couldn’t say goodbye. Could I blame her?

Still, the news hit me. Shook me. Broke me. What about our plans? What about all those little pink onesies? The handmade blankets? The dreams for our daughter?

I left the hospital alone. My husband Bill had come shortly after her birth but, in the throes of residency, had to return to the reality of work at the hospital two hours away. Thus, he’d anxiously await our arrival. 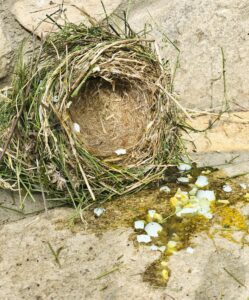 Carrying a full baby bag and an empty car seat—loading them into the Nissan—took everything I had. The events of that final hour—our attorney’s warnings, Stay in the room… Something’s happening… Don’t leave…—were a blur. And then, my lifelong dream of having a daughter was shattered in one solitary moment. She was gone, whisked away in an instant. And my arms were empty.

The absence of Devon’s weight released me to flail, and how I drove that stretch of highway, I’ll never know. I shook my fists and screamed and cried. Even a single pause to suck air left me susceptible to the enemy’s mockery. His words of condemnation were reminders that, like the empty car seat, my arms were empty, so also my womb.

It’s a tomb, the voice sneered. And this is just one more death of your dreams, because you are not enough. Now you’ve lost her too.

The lies flew fiery darts, and for a time, measured in miles as much as seconds and minutes, I was pierced by them, felt their sting, until–

It wasn’t shouted but was loud enough for my heart to hear. Still, it surprised me. “What?”

His words—these three words—quelled the enemy’s accusations. I peered in the rearview mirror but the car seat remained empty, though the space suddenly felt full. Again–

It was as though my Savior, with this very question, was handing me a sword. My weapon to combat the mockery of the enemy was scripture. Jesus asked me a question, and although a gentleman, He expected me to answer. Though patient, He would persist, washing my heart with inexplicable peace.

Not the least bit uncomfortable with silence, He waited, aware that I was thinking. 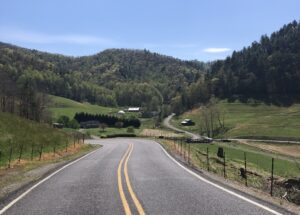 And we did—Jesus and I. And when I could finally open my Bible to find the scripture passage I knew my heart needed—the words, though I’d wrestled, I claimed to believe—this is what I read—

Thus, I said it again, through tears–

We lost Devon Mara-Leigh on May 19, 1998—almost a quarter of a century ago. And Heaven gained this precious one several weeks later—the cause of her death a mystery. Though not to God—not to the One who held her then. Who holds her still.

And He holds me. He has redeemed my life in ways too numerous to count. In ways I’m not even aware of perhaps. What I do know is this—

And we know that in all things God works for the good of those who love him, who have been called according to his purpose (Romans 8:28 NIV).

And I know this too. Had I listened to the voice of the enemy for the duration of that trip, I’d have returned home bitter. Instead, I crossed the threshold broken. And I believe there’s beauty in brokenness, because it’s there that we’re most truly held.

Several years ago, our daughter Allie gave me a gift. All About My Mom, the title said. The best thing about my mom is, and Allie completed the sentence— 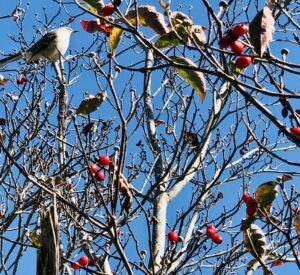 Then, only hours later, I sat out on our porch. Looking up, I saw a single bird on the wire. A mockingbird. He sang a song. Then another. And another.

And I thought, Mockery-made-melody, then heard again–

I smiled, tears in my eyes. Yes, God truly redeems and restores—working all things together perfectly.

Indeed, He is good.

Thank you, Kind Savior, for Your goodness, sometimes only discovered in the broken places. You bring purpose from our pain when we turn to You, trusting in You. Amen.