Have you thought about what it means to live your faith?

As believers, we are supposed to be people of hope. But many Christians seem discouraged these days. If you attend church or a small group, you have doubtless heard discussions of the church’s grim state. Many have heard the statistics. Over 20 percent of Americans classify themselves as having no religion. Only 60 % of our pre-COVID congregations have returned to church. People are considered “regular” church attender’s if they go once a month. And our young people coming of age are the least religious group since Barna started doing polls. https://www.americansurveycenter.org/research/generation-z-future-of-faith/

While these numbers are bleak and show us how poor a job we have done fulfilling the Great Commission, I find it just as sad how many practicing Christians seem unaware that God is at work in their lives. Too many Christians act like God is irrelevant, and some, like He doesn’t even exist.Craig Groeschel calls these believers Christian Atheists. https://www.craiggroeschel.com/books/the-christian-atheistCould this be why the younger generation wants nothing to do with Christianity? Could they be asking us “live your faith”?

A lot of us are like Gideon. When the angel of the Lord shows up in Gideon’s vineyard, he is trying to thresh wheat in the wine press to keep his produce from being confiscated by the Midianites. He is hardly acting like a valiant warrior, so his response to being called this is a bit salty, to say the least.

“Oh my lord, if the Lord is with us, why then has all this happened to us? Where are all His miracles which our fathers told us about saying ‘Did the LORD not bring us up from Egypt’” Judges 6:13 NASB

In essence, he is saying “Where is God now? What kind of miracles are you talking about? I’m trying to hide my crop from a bunch of raiders, and you’re talking about miracles of the past. Sorry. I need something for now.”

Are you living your faith, or going through the motions?

It’s easy to become cynical, to chalk up genuine faith to singing a few songs on Sunday morning, reading some chapters in a Bible App through the week, and praying generic, open prayers that sound more like a grocery list of wants and needs than a real conversation with God. I must admit that I am tempted to avoid praying for specific answers to big problems. hedge my bets and let God – and me – off the hook when nothing happens. https://inspireafire.com/live-and-move-with-god-in-the-new-year/

I also fail to see God’s hand in my everyday life. When I ask God to make me aware of His presence, I am often amazed at how often I can see Him. All too often I attribute things to “luck” or coincidence when it should be obvious that God is at work.https://inspireafire.com/prayer-the-uncommon-denominator/

Live your faith on the road.

A recent road trip I took with friends is an example of just how present God can be in a believer’s life. And just how easy it can be to attribute His presence to something else.

A few months ago, four of us booked rooms on a Christian cruise that left Fort Lauderdale three days after Christmas. Since we all live in western North Carolina, we had to figure out a way to get to Fort Lauderdale to meet the ship.

One idea was to book tickets on a budget airline but we soon found that there were no planes on the dates that we needed to travel. After exploring a variety of solutions, a friend offered to loan us an older model Expedition. It seemed like the perfect solution. It was big enough for us and our luggage to ride comfortably. And, he would charge us less than it would have cost us to rent from a conventional rental agency.

But as I prayed about the trip, I was increasingly uneasy about taking the vehicle. I even had some weird dreams about the commute. But I put them out of my mind. Except, the situation was always at the back of my mind.

Finally, I prayed, “Lord, if we aren’t supposed to take this vehicle, please make it clear to me.” The day before we were to leave, I left my car at my friend’s house and drove the Expedition home. And it promptly died in my driveway.

When I turned the key, nothing happened. I tried everything, even jumper cables. But it wouldn’t budge.

I went next door to my neighbor and traveling companion to discuss the dilemma. I was pretty upset as we weighed the options. The obvious solution was for me to retrieve my Rogue from my friend’s house and drive it.- But it was considerably smaller and I was concerned about luggage space. And it really needed tires. But as I whined about the inconvenience, (yes, I was whining and acting a bit like a toddler) I remembered my prayer. That God would make it obvious if I was to take my car instead of the borrowed one. The answer to my prayer was as plain as the nose on my face, or should I say as plain as the dead behemoth in my driveway. But I had been too stubborn and self-absorbed to see it.

On the road. Sort of.

Bright and early Tuesday morning, we prayed for safety and good fellowship, and divine appointments along the way. After playing a real-life game of Tetris with the luggage, we headed south, along with most everyone else in the country it seemed. Just a few hours into the trip, traffic came to a complete stop. This wasn’t a case of creeping along at 20 MPH. We were going nowhere fast. We prayed for whatever situation was ahead and waited it out. After more than an hour, traffic began to move again. I turned the key in the ignition and heard only a click. I had left the ignition on during our delay and drained the battery. 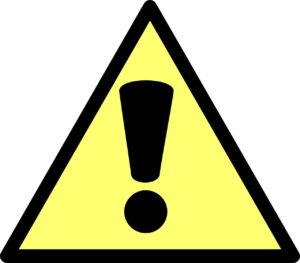 Thankfully, we were in the right-hand lane. We pushed the car onto the ample shoulder and began looking for tow trucks. Before we could call anyone, an emergency truck driven by two firefighters pulled alongside us. They insisted we stay in the car while they provided us the jump start we needed to go on our way.

Only a few hours into our trip and already, God had answered prayer twice. We faced unrelenting traffic most of the way, and were already pretty tired when we stopped in a little town for a fast-food break. Well, we expected it to be fast, but like the traffic, service was at an impasse.

Remember how we prayed for divine appointments? God had one for us. A woman fell going  into the restaurant and cut her head quite badly. My friend immediately saw what had happened and comforted the woman, held her hand, prayed with her, and kept her still until the ambulance arrived. We were right where we were supposed to be, even though it was my firm conviction we should have been a hundred miles further down the road.

The whole trip was like that. A trip that should have taken no more than 12 hours took us 16. We fell into bed, praying that the next day would be easier. And it was. Traffic was lighter and we made it to Fort Lauderdale in plenty of time to board the ship. Except that two of our group left their passports in their luggage that was taken from us as we arrived. 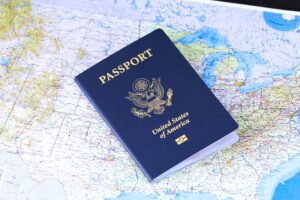 And you do not board a cruise ship without proper identification. Finally, just a few minutes before the final boarding call, she called me and I was able to find their room ( a miracle for a spatially challenged person like me) and run the passports to the authorities just in time for them to be the last people up the ramp.

If we hadn’t asked for God’s guidance and divine appointments, we could easily have attributed all the events I have described to bad timing or bad luck. But we were looking for God. And when He showed up, we clearly saw Him. What chances have you had recently to live your faith?

I would like to tell you I always recognize God’s hand, but I don’t. Remember how He tried to tell me to forget about the Expedition? I ignored Him until He demanded my attention.

Live your faith in a God who exists.

So, what’s my point in all this? This is more than a funny story. This is a challenge to you and to me to stop acting like God doesn’t exist, and that He doesn’t care about the details of our lives. Live your faith. Recognize when God shows up.   Psalm 139 says that all my days are written in His book. He cares about every one of them.

How to live your faith daily

Here are a few practical suggestions to help us see God in our daily life.

1. Pray and ask Him for direction. Start your day by listening to Him, not just talking.

2. Expect God to show up. Look for Him in your daily life.

3. Journal your prayers. And the answers you receive. It’s easy to forget what you asked God to do if you don’t write it down. Keep a notebook and pen with you. Or use your phone “notes” app. Make note of when you see Him.

4. Be grateful. Thank Him for what how He guides your steps.

5. Don’t be shy about what God does for you. Share your story with others. The Book of Revelation says that we overcome by the Blood of the Lamb and the word of our testimony. Testify to what God is doing in your life.

I’m not naïve enough to believe that all it will take to change the faithlessness of the current generation is me living a life of faith. It’s more complicated than that. But how do I expect others to believe in my God when I act like He doesn’t exist?

I want to quit living like a Christian atheist. How about you?