I spent the first fifteen years of my life wondering why the world didn’t make sense. So, I made wishes for life to change and for fairy tales to come true.

But circumstances continued to relay contrary and sobering thoughts. It’s all a myth.

Yet, I continued to escape to another life. A handsome prince, a princess, the knight in shining armor, and a magical kingdom where wishes come true.

A wish for the sprinkling of fairy dust magically transforming me into the fairest of the land. An enchanting girl with a life of enchantment.

So, once upon a time in the land of fourth grade, a little girl made a wish for a magic wand to change her to princess status.

The ruler in the land, the classroom teacher, posted a proclamation of everyone’s height and weight. The numbers hung on the kingdom wall for everyone to see. It was one of two years I grew sideways but not up.

By six grade—without the help of a magic wand—I shot up in height allowing everything to adjust accordingly. Still, the horror of that experience and deep insecurity left me feeling inferior on the inside even though the outside had changed.

You see, I wished for fantasy. And the best part of escaping into this world? The ending of happily ever after.

But not all stories end in joyful bliss. I’m not happy about that. 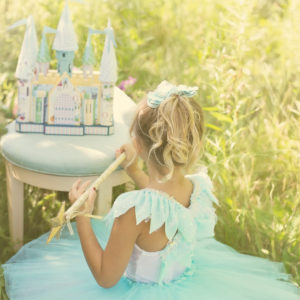 The not-so-happy ending leaves me in tears or frustrated when:

It’s too late for love.

The world we live in is not the happily ever after we’ve been told about in fairy tales.

So eventually the inevitable occurred. My walls tumbled. Buried beneath the rubble. Unable to dig out.  Maybe a knight in shinning armor exists and he would rescue me. Maybe.

I heard the gospel message at a church revival. After the first night’s service, I barely slept. Restless in my mind and soul. Could it be true? Is Jesus my knight?

The following night at church, I met the one true God of the universe.

[bctt tweet=”I never needed fairy dust, a magic wand, a good witch or a fairy godmother. And neither do you. We need Jesus. The Knight of holiness and Prince of Peace. @FridayKaren” username=”inspireafire”]

When the blood of Jesus washes over our souls, it makes us new. It ushers His love into our lives. And brings goodness from the Most High into our life.

Jesus is the promised Knight sent to rescue us. He digs us out of the ruins when life turns hard. Christ lifts us from the rubble and sets us on the stable rock—Himself.

The Lord rescues me and you from the hand of a villain. Jesus is the Holy and Powerful Knight riding a white horse with an entire army (Revelation 19:11-16). He’s the Prince of Peace.

The peace that overtakes the insecurities within me and my fairy tale land. The King of all kings from a heavenly land, where He is the fairest of all, with no requirement for fairy dust. 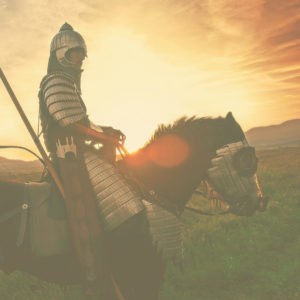 A place where wishes really do come true. God-wishes. Wishes for the deep longing in our souls for real happiness not based on what’s happening in our life.

Once upon a time a Creator made a land and created people to live there. He desires for each person to find their way to Him. And to give their heart and dream-wishes to Him.

The villain in the land, a fallen creation with an evil heart, still works to keep each dream-wisher distracted with false tales.

In the last chapter of the story (Revelation), we read the evil villain is defeated by the great Creator. And the Knight of holiness and goodness is coming back.

Jesus is coming soon. It’s not a fairy tale.