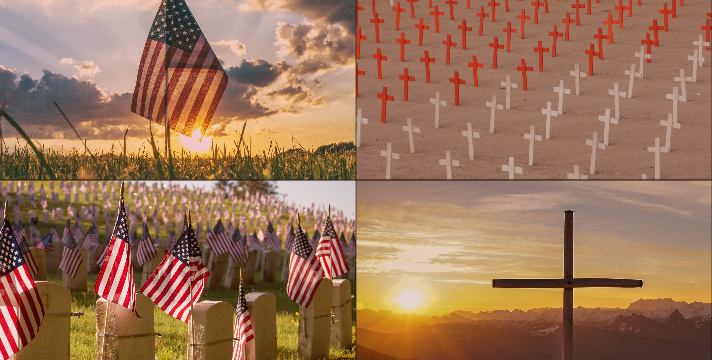 So let’s honor our fallen military heroes. And consider all our fallen heroes.

All those who helped purchase our freedom with their blood and sacrifice.

Because freedom always comes with a price.

Memorial Day is a celebration of something and someone important in history. It’s significant. It’s you. Void of your presence and service in history, we the people were despairingly weak and opened to continued attacks by our enemies.

You see, we always needed you. We believed in you. And we are proud to deem you worthy of our respect and honor—then and now.

To you warriors who were fatally wounded and paid the ultimate sacrifice; you epitomize bravery in our eyes.

Soldiers, marines, airmen, coast guards, sailors, and every branch of the armed forces, both men and women, valiant in honor and duty, we salute you. You served in war and peace as our fellow countrymen and women.

So hand on chest or in salutation, we raise our voice to echo your voice: America, the land of the free and home of the brave.

But freedom comes with a price. Bloodshed of brave men and women. The ones who courageously fought to purchase our freedom—slain for liberty and justice.

To the fallen military members of all time, we humbly thank you.

Letter to Fallen Soldiers of the Cross

Dear Fallen Soldiers of the Cross,

As we pay tribute to fallen heroes, we also remember you. Not necessarily heroes by human standards, but spiritual ones. Those fallen heroes of our faith.

So we celebrate something and someone important in history. It’s significant. It’s You.

Furthermore, to you, our fellow sojourners, those brothers and sisters in Christ who lost your lives for the sake of the cross. We are proud to deem you worthy of our respect and honor.

The testimony of your blood lives on through the ages.

Hand on chest or lifted high to heaven, we raise our voice to echo your voice: Heaven, the land of the spiritually free and home of brave men and women’s Creator.

But freedom comes with a price. Bloodshed of brave martyrs and soldiers of the cross—slain for liberty and justice because of the Word of God (Revelation 6:9).

To fallen soldiers in God’s infantry, we humbly thank you.

Letter to the Fallen, but Risen Savior

As we pay tribute to fallen heroes, we remember You. Not necessarily a hero by human standards, but the greatest supernatural One. So we celebrate something and someone important in history. It’s significant. It’s You.

Jesus, void of Your presence in history, we the people of the world were despairingly weak and opened to continued attacks by our spiritual enemy.

You see, we always needed You. We believed in You. And we are proud to deem You worthy of our respect and highest praise—then and now.

To Christ, fatally wounded in body, the sacrificed Lamb of God. You epitomize spiritual bravery in our eyes, valiant in honor and duty. You always reign in war and peace.

You’re the ultimate One who purchased our freedom. The One.

Bloodshed of Jesus Christ who courageously fought against the supernatural forces of darkness for spiritual freedom and eternity.

You were slain for liberty and justice because You are the Word of God. And You won!

Hands gloriously lifted high to heaven, we raise our voice to echo Your voice: There’s a place prepared for my people in our Father’s house…a better country, a heavenly one (John 14:2, Hebrews 11:16).

To Jesus Christ who conquered death and is crowned King of all—we humbly thank you. Our Lord and Savior.