I hate to admit this, but my decision to live my life for Christ left me in fear He might make me go live in Africa or something.

I’d seen the photos of the starving children, heard the testimonies of missionaries who lived twelve-hour time differences from family in the states. As shallow as this sounds, I wanted no part of that. No sir—not me. I’d teach Sunday school or women’s Bible studies. I’d stock the pantry at church, or cook a meal for a family in need.

I’d write books—poignant and emotionally compelling stories about women in life-changing circumstances. I’d write about messy lives, and eternal hope.  But, I’d leave the missionary work to those called and gifted.

Given my attitude, I was a bit surprised when, in true Jesus style, the Lord maneuvered circumstances so that I met (and became dear friends with) two women who are those called and gifted ones.

Let me introduce you to Lisa Harris and Lynne Gentry. Together, these two novelists founded and continue to serve as board members for THE ECHO PROJECT, an organization serving the needs of people in Southern Africa.

Lisa is an award-winning author, currently serving in Mozambique as a missionary with her family where she works with African Outreach Ministries. Lynne and her husband have pastored for nearly thirty years, and currently reside in Dallas. Lynne authors tales that launch modern women into ancient adventures.

A few years back, while co-authoring a novel, Lisa’s heart became burdened for the physical needs of people she encountered while working in Africa.  She told Lynne how she wanted to involve people in the United States and meet those needs. Lynne quickly recognized the opportunity to become a loud voice for the world’s forgotten.  After much prayer, the ECHO PROJECT was born, but not without some challenges.

Lisa feels the emotional pull. “Today, I went to visit a young boy we’ve been helping out in the village. His parents have died. He doesn’t know how old he is, we guess about eight. His stomach is still swollen from being sick. Earlier this week, the hospital diagnosed him HIV+. I’m not sure he understands what that means, but for one so young, who has been through so much, the road ahead is going to be hard. He currently lives with his elderly aunt and uncle who are doing what they can to help him. But another, older girl, in the compound has TB. Today, they begged me to help them. They have nothing. And what makes it even harder is how there are so many others just like him. On the positive side, God is opening doors to help us minister, alongside our disciples and churches, to bring hope to families just like this one.”

Lynne reminds us there are success stories. For example, Rosie is a sweet young girl who is seven years old. Rosie stopped talking at about eighteen months after contracting encephalitis. This left her unable to speak and only able to communicate through screaming or tugging on her mother.

A couple of years ago, someone told Lisa about a DVD program that teaches sign language to children and they offered to buy it for Rosie. Her parents, who have no experience teaching, were very skeptical, but Lisa convinced them to try. The results have been amazing. The ECHO Project now sponsors her home schooling (something else that isn’t often done in Africa) Rosie’s mother works with her everyday, and their hard work is paying off. Rosie can sign, read, write, and much more!

Lynne describes how a man named Alex had no place to live, no money and no marketable skills. ECHO provided a small microloan and set him up in a jewelry making business. Two years later, Alex is reinvesting the money he makes. He built himself a small house. In 2013, the Echo Project is going to help him train several women out in the villages who need an income to make jewelry.

It didn’t take Lynne and Lisa long to realize that every time you help one person, there are twenty others who need something. But they’ve come to realize that God hasn’t called them to save the world. “Instead, He’s called us to make a difference in these lives, one person at a time. This is what we want to do. Partner with people just like you to make a difference in the lives of individuals—one person at a time. And in turn, we might just change the world after all!”

Like all of you, I may not live in Africa. But, I have the opportunity to impact lives there, simply by going to the Echo Project website and making a DONATION.

Together, our love can echo across the world. 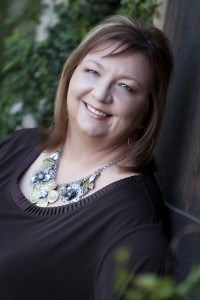 A former legal investigator and trial paralegal, Kellie Coates Gilbert writes with a sympathetic, intimate knowledge of how people react under pressure.  Her stories are about messy lives, and eternal hope.

Kellie’s novel, MOTHER OF PEARL tells the emotionally compelling story of a high school counselor who discovers her own teenage daughter had an inappropriate relationship with the football coach . . . and how she risks everything to bring him to justice.
For more information, go to www.kelliecoatesgilbert.com