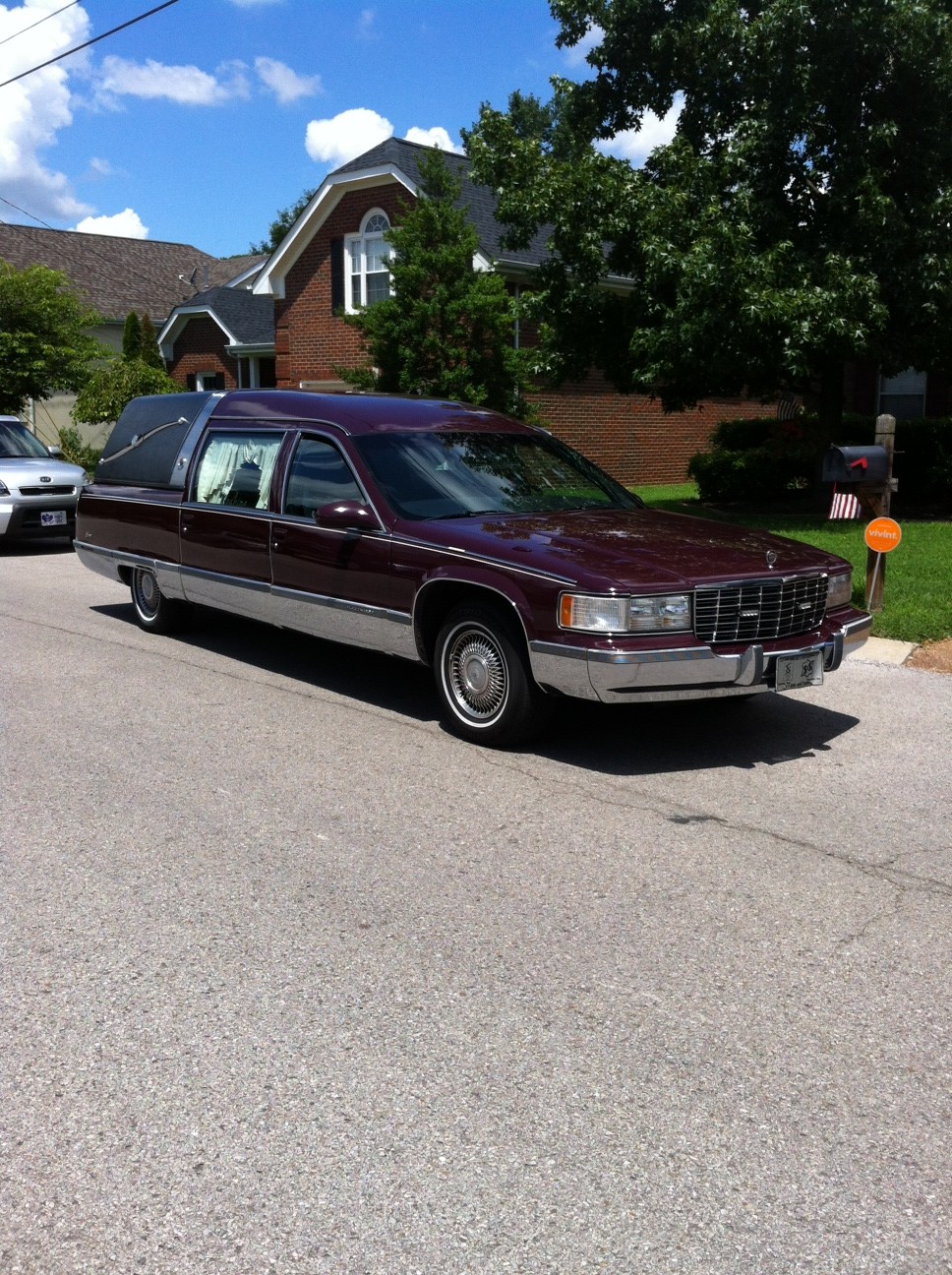 It slowed to a stop in front of us, parking in our usual spot beside the mailbox.

My daughters sobbed in each other’s arms in the back seat. None of us could move, but we couldn’t let the two men in that hearse go into the house before we did.

Two police officers exited through the front door, heading toward the police car that waited one house over.

“I’m sorry for your loss,” one of them said to my girls, with tears in his eyes. I appreciated that. Very kind for a couple of men who didn’t even know him. I’m sure they had done this a hundred times. Maybe they could sense how special he was. Maybe they once had grandfathers too.

The men in the hearse waited. Even they were visibly upset. but they knew him. They worked with him. They understood.

We found my mother-in-law inside, still in her nightgown, standing in the middle of the room in a daze. She had done well, knowing enough to call the police after finding him at about 9 that morning. She was in visible shock. She just made five of the worst phone calls she would ever have to make.

The girls fell into her arms. I wrapped myself around them all. None of us could speak. it wasn’t necessary.

The girls and I broke away to tiptoe upstairs to his hangout room. The television was still on ESPN. The night before, he had gone to dinner with his wife, chopped up a tree that had fallen during a recent storm for a neighbor, and set up a corn hole date for that Thursday with another neighbor across the street. Then he settled in to watch the Homerun Derby.

He was still laid back in his recliner, wearing his pajamas. His hands rested in gentle fists against his chest. Just a peaceful slumber. His glasses were still on his handsome face.

I brushed my hands through his hair, something he would have never allowed under normal circumstances.

“Don’t mess it up,” he would say. “That’s all I’ve got left.” And then he would laugh; the delightful chuckle of a man who enjoyed his own jokes a little more than we did. One of his best characteristics.

The girls knelt by his side, calling out his name. His pajamas caught their tears. Their hands rubbed against his. I knelt at his feet.

My brother-in-law appeared at the top of the stairs, his heart clearly shattered at the loss of his best friend. He had been trying to call his father all morning. He sensed something was wrong; but not this. Never this.

Soon others joined us. Elders from church. Family. Friends. My son.

The men from the hearse came up the stairs, which brought a fresh burst of tears.

We needed more time. They went back downstairs, without being asked.

We gathered around him to pray, arm in arm. We wondered aloud how to survive without him.

My husband was three hours away, facing it all alone. We prayed for him as well, and his drive to Nashville. Some offered to go pick him up, but he needed that time to process that phone call. He was devastated.

That trip should have taken three hours, but it took much longer. It was the loneliest and longest trip of his life.

The men from the hearse returned. Their expressions told us it was time; that they couldn’t wait any longer.

And then we had to let him go; long before we were ready.

And it’s Father’s Day. One of the worst days to try and figure this out.

There’s not a moment we don’t miss him; nor will there ever be.

He would say to enjoy life, but always remember the Lesson of the Hearse.

And the Lesson of the Hearse is this:

Life is short. Live it all the way up until the last minute.

Treasure the people in your life.

Because you don’t get to keep them.