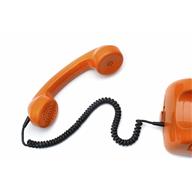 “How do I know it’s really God speaking to me?”

Throughout my years of teaching—whether at a Christian Writers Conference or a Bible study—this is the questions I’ve been asked the mos. The answer is at once very simple and very hard. You can tell it’s God’s voice, because you recognize it.

I’ve come to realize that voice is vitally important to a writer in two ways:

So how do we recognize God’s voice? How do we recognize anyone’s voice—by becoming familiar with the timber, pitch and way of speaking. I’m sure we’ve all had the experience of answering the phone and having someone begin the conversation without identifying themselves. Sometimes I can spend several moments wondering who they were. I’ve found this doesn’t often happen when the person on the other end is a close friend.

To recognize God’s voice we have to spend time with Him—quality time—in prayer, worship and study. With that commitment of time comes the reward of a deep relationship and the assurance of knowing whose voice we hear. This doesn’t mean there aren’t still times when I question whether or not it’s God speaking, but I can say with certainty that those times become less and less, the closer I get to God.

Dear Lord, I ask that You help me come to recognize Your voice, whether it’s speaking with the roar of a lion or the whisper in the wind. Amen