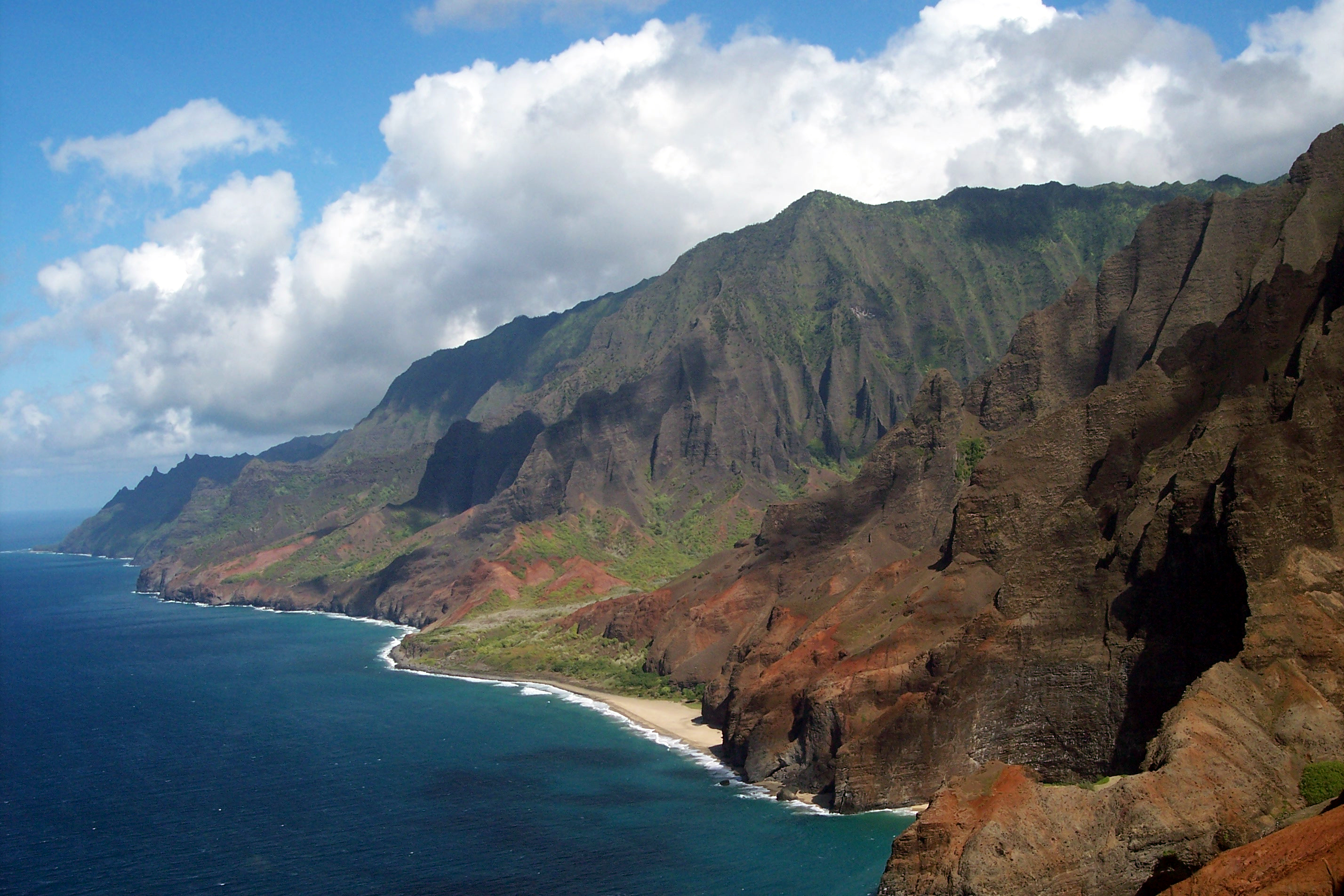 Over twenty-five years ago, I couldn’t have imagined that Sarah or I would have the opportunity to write this chapter in my daughter’s life.

Because of technology, I have a way to share her story. But it’s only because of the grace and generosity of our loving Father that Sarah has a place to live this story out.

When my twins, Sarah and Shannon, were born in 1983, the doctors told us that Sarah had Down’s Syndrome. They reassured us we wouldn’t have to take her home if we felt we couldn’t; there were “places” for babies like Sarah. Her place, her father and I had no doubt, was in our arms, in our hearts, and in our family. (see this post).

Early on in Sarah’s life, I learned to live one day at a time because to think otherwise sometimes emotionally paralyzed me. Imagine an abacus, where every bead is a different emotion. That’s life with Sarah. We’d slide from frustration to elation to despair to confusion to anger to acceptance, all the while realizing that the stakes were higher at each level.

A two-year-old with Down’s who hugs you? Cute. A thirty-two-year-old? Not so much. At least not to the public. Generally, women that age are not indiscriminately hugging strangers. We expected Sarah’s social skills to be what we expected from her brothers and sisters. Sometimes that was a challenge–for her siblings. 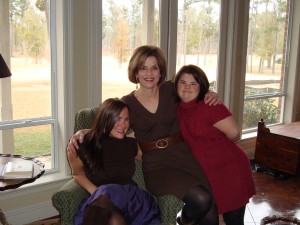 She spent four of her first sixteen months in hospitals. Two ambulance rides (one over 50 miles), a Life Flight, and one with me waving a white handkerchief out the window as I doubled the speed limit to reach a hospital 40 miles away. Before the age of two and before a vaccine existed, she had haemophilus influenza Type-B three times. She had GE-reflux, so doctors performed a fundoplication, which essentially involves wrapping the top of her stomach around her esophagus. Then, because she had problems swallowing, the doctors inserted a temporary feeding tube. The second day home from the hospital, the tube caught between her toes during a diaper change, and she yanked it right out of her tummy. Another wild ride to the hospital. Thankfully, six months later, the tube was removed.

One memorable afternoon in high school, instead of riding home with me and her siblings (I taught there, the kids were students) Sarah decided to take the school bus home. She didn’t bother telling any of us. For a frantic two hours, we had absolutely no idea where she was. This, in the days before everyone in the known universe had a cell phone.

One memorable night in high school, Sarah’s father walked her out on the field during the Homecoming football game. In a campaign I’m sure was spear-headed by Shannon, Sarah was elected one of the two sophomore girls in our school of over 1,500 students voted to be on the Homecoming Court.

Sarah thrived in high school; she loved every moment of it. Sadly, Federal Law states that students like Sarah cannot stay past the age of 21 (22 if their birthday falls during the school year). We were in the process of attempting to place her in a local program when Katrina hit.

I’ve written posts before about the “thin threads” that God uses to connect us. Follow this one: Because of Katrina, my husband had to look for work. One of the places he looked was in Mississippi. The doctors with whom he interviewed mentioned a place called Mustard Seed. Of course, I googled it, and-even online-it seemed impressive. Ken ended up not taking the job in MS, so there wasn’t any reason to pursue Mustard Seed’s day program for Sarah. We moved to Lake Charles, which had an amazing program for Sarah.Two years later, we moved back. Nothing for Sarah in the parish we were moving back to. Nothing. (Long story as to why. Impairs my typing ability and blood pressure to even write about it.) 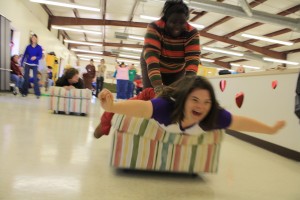 We contacted Mustard Seed. Ken, Sarah, and I visited. From the first step into the office, we knew that this truly was a Christian community devoted to the Seedsters. At the time, I couldn’t fathom Sarah not living at home, and I struggled with the decision. Another thread. There wasn’t an opening for Sarah to be a resident. Living almost three hours away made her being a day client impossible.

For an entire school year, she traveled to work with Ken. One hour to the clinic, one hour back. 600 miles a week.

In May, we find out there’s an opening. We take Sarah for a week, for a trial run. On the ride to pick her up, her sister Erin and I fretted about the next step. Will Sarah want to live there? What if she doesn’t? The “what if?” monster again.

We arrive, and while showing her sister Erin around, Sarah turns to her and says, “I’m going to live here. You and Shannon and John got to go to college. Now it’s my turn.”

The second day home from Mustard Seed, Sarah looked glum. I truly didn’t want to ask why for fear she’d tell me she didn’t want to return. Overcoming my ninny-factor, I asked Sarah why she was sad. She told me, “I don’t want to talk about it. It’s about Mustard Seed.”  And there it was; the very response I feared. And because I knew I must, I asked, “What about Mustard Seed?” and tried to breathe as I waited. She looked at me. “When do I get to go back?”

To witness the joy that radiates from Sarah as she experiences this independence is a gift. She is blossoming in this environment, and I’m awed by the courage and trust she embraced that allowed us to give her that trial week. Our Father has such spectacular plans in store for us that what we imagine is microscopic in comparison.

In my dreams, twenty-five years ago, dreams I almost dared not even express, she would have friends, work that she enjoyed, and the ability to make some decisions on her own in a safe and protected environment.

I prayed that she would be able to live life to its fullest. She is. And, in doing so, she’s teaching me how to do the same. 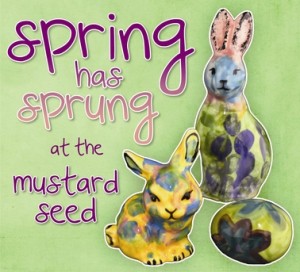 This is one view of the ceramics created by the Seedsters. The artist’s name and date are on each piece. The Gift Shop is located at the Mustard Seed. For more information about their work, this incredible Christian Community and the people who work there, click this link:THE MUSTARD SEED.