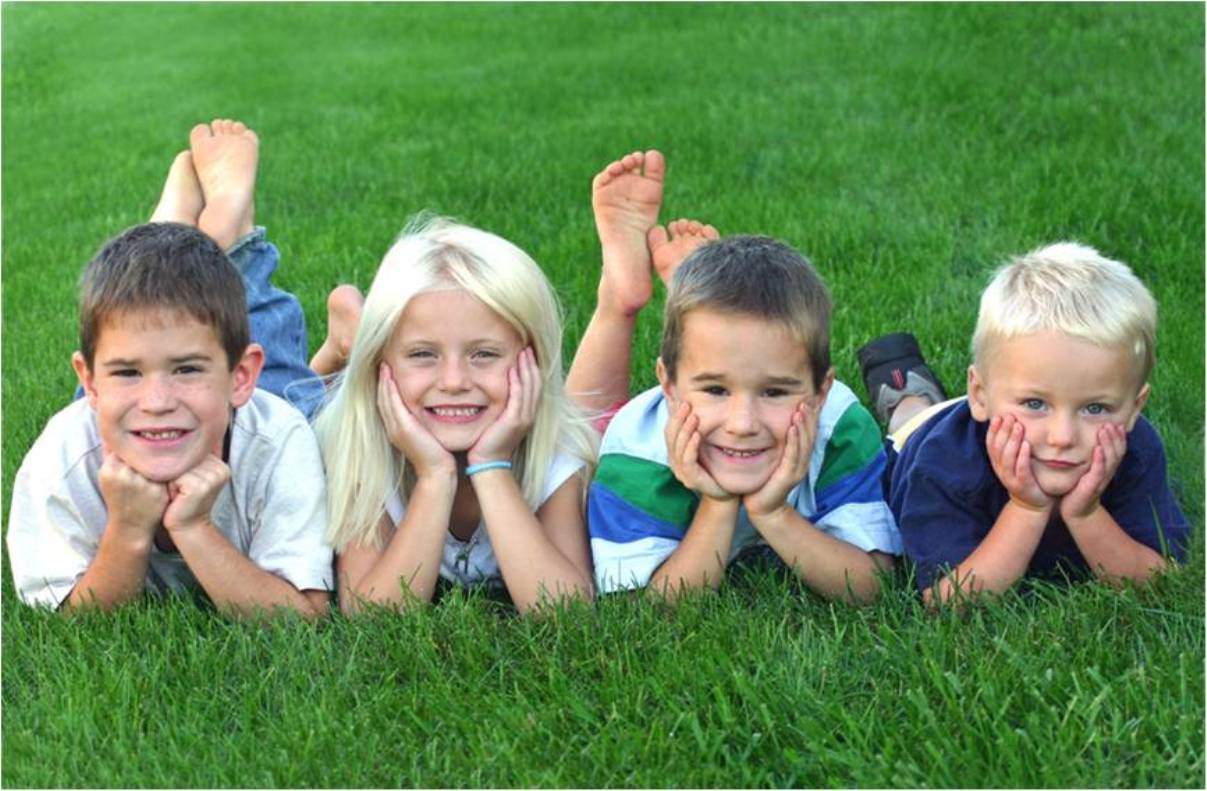 We were having an ice cream cone after church one Sunday and our children, ages 10, 11 and 12 at the time, were clowning around as usual. To anyone else in the room, we looked like your average American family, but if anyone happened to overhear our conversation, they would have realized that we were a blended family, and not at all average.

“Yo! You’re my brother from another mother.”

One of our boys pointed to his brother as he quoted the phrase he had heard at school. It wasn’t true for either of them, of course, since they were brothers biologically, but they thought it was funny enough to repeat over and over. After the tenth, eleventh, or thirteenth time, I was about to ban the phrase. That’s when my daughter chimed in with her own twist.

“Hey! You guys are my brothers from another mother!”

She and her brothers couldn’t stop giggling. They thought her version of the phrase was the funniest thing they had heard all day. I tried to hush them, even as I giggled too. After all, it was funny, and somewhat incredible. Incredible why? Because it was true, and even at their ages, they got it. They were accepting of each other, no matter how they became a family. They were brothers and sister from other mothers, but knew they were still family. I found that to be incredible.

One of the boys then pointed at my daughter.

“Oh, yeah? Well, then you’re our sister from another mother.” You guessed it. More giggles.

Now, in case you get the wrong idea, our kids were not making light of their relationships with each other or the fact we are blended. In fact, it was quite the opposite. It started out as a joke, but the children discovered a new, albeit kind of silly, way of demonstrating their understanding of sibling-hood. They knew exactly who they were and how they fit in with each other. Best of all, it didn’t make a difference how. They simply accepted each other as family, and knew they were accepted, too.

Sometimes, I wonder what makes it possible for my children to accept – even embrace – their family situation when so often I can’t even accept that I’m a part of God’s. Don’t get me wrong. I  have been born again and I do believe that I’m part of God’s family. It’s just that when I think about all of the mistakes I’ve made in my life, a divorce being only one of them, I sometimes don’t feel good enough to be in God’s family.

I know, I know. I’ve read John 3:16 and I embrace it, but sometimes it’s hard to feel it. Do you ever feel this way? I’m not talking about doubting salvation. I’m talking about feeling unworthy, unaccepted, like I do not belong in this family of God’s.

Am I the only one?

If I could only see things as clearly as my kids do! They are brothers and sisters, and that’s all.

I am God’s daughter, and that’s all.

I’m not worthy, and yet, thanks to the resurrection, I am.

I accepted Him. He accepted me.

I belong to Him.

He still wants me.

Psalms 24:1 says, ” The earth is the Lord’s, and everything in it. The world and all its people belong to him.”