He was so tiny. All six legs moved in sync as his jaws struggled to carry the beetle delicacy across the porch, down the steps, through the dense foliage of an uncut lawn, and into his anthill where family and friends waited. He exemplified how to face a giant with grace and ability.

When Small Can Be Great in Courage

I wonder if he realized how outsized he was by the ugly black beetle — a mere little soldier-ant versus what must have seemed like a gargantuan bug. Big. Ugly. And complete with those prickly legs. 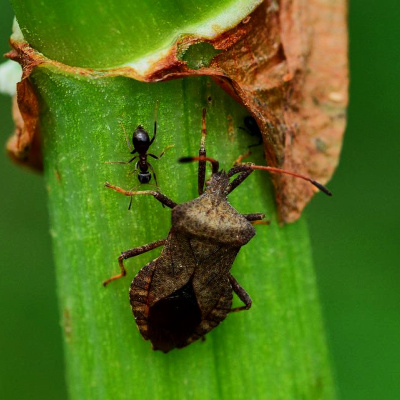 He just kept on keeping on with his mission, regardless of the giant clamped in his jaws.

He struggled, but he never gave up.

I wonder if he questioned his own strength when he engaged in battle with the giant beast. Did he question? Or did he simply move with the awareness that his Creator had gifted him with all he needed to conquer the foe?

I know how I feel when I face a giant.

Typically, I shrink with fear and anxiety, not to mention dread. Rarely do I see myself as God sees me, and rarely do I face a giant courageously. I usually just want them to go away as I tearfully crawl beneath a blanket and find the fetal position of comfort.

I’m learning to view my circumstances from God’s perspective — giants and all.

And consider me looking down on him, watching as he wrangled his giant beetle. That reminds me of an image of God peering from His heavenly places, watching, overseeing my every move, ready to intervene, if necessary, as I wrangle my own giants.

Comparing My Giants to My God

When I see my life through the lens of just myself, I become exceedingly small in comparison to the giants in my land. But when I compare my giants to my God, and not to myself, I realize just how big and mighty He is. 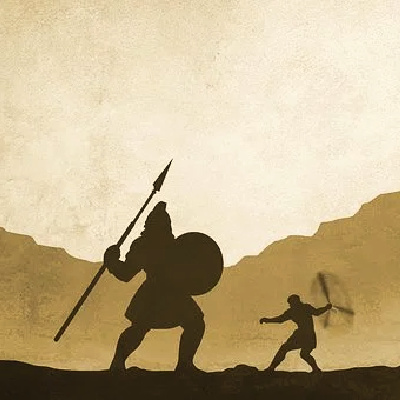 And I remember that the Holy Spirit of God is within me and that He declares, “Not by might (my own), nor by power (my own), but by My Spirit!”

The giant doesn’t stand a chance.

God has quite the reputation when it comes to battling the enemy.

He has never lost a battle.

God rarely wins them with conventional means — He enjoys confounding the wise.

He chose five smooth stones and a young boy. He chose to march around the walls of Jericho and take it down with a shout of praise. He chose trumpets and jars of clay that hid the torches, taking the enemy by surprise.

And He chose a tiny ant carrying his defeated giant beetle to remind me that greater is He that is in me, than he that is in the world.

Are There Giants in Your Land?

Are there giants in your land?

Does anxiety threaten to consume you? Is depression rendering you dysfunctional while unemployment, cancer, dementia, and prodigal children cause you to crawl beneath a blanket and find the fetal position of comfort?

But consider the ant.

And consider the giant-slayer who is with you in every. single. battle.