Elizabeth Keckley was a slave in Missouri before the Civil War.

Keckley’s greatest desire was purchasing freedom for herself and her son. Her owner told her that if she could raise $1,200, she could have her freedom. Keckley worked as a seamstress. She engineered a plan to go to New York City and work to raise the money, but her owner feared she would not return. 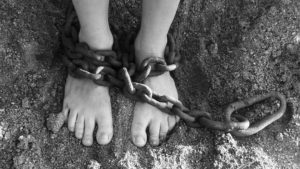 Instead, some of Keckley’s wealthy clients in St. Louis showed grace by contributing the money she needed. Keckley paid the price for her freedom as well as her son’s. She moved to Washington, DC, where she counted Mary Lincoln among her dressmaking clients. Without the help of others—grace—Keckley never would have been able to purchase her freedom.

Once, when the enemy army had finally found Elisha, Elisha prayed that God would blind the soldiers. Elisha, in turn, led them to Samaria—into the middle of their enemy’s camp. When the king of Israel witnessed this turn of events, he asked Elisha if he should kill them.

“Elisha replied. ‘Do we kill prisoners of war? Give them food and drink and send them home again to their master’” (2 Kings 6:22 NLT).

Although the Arameans wanted to kill the Israelites, Elisha told the Israelites to show them mercy. Free them. Show them grace, even though they came here looking to destroy you. 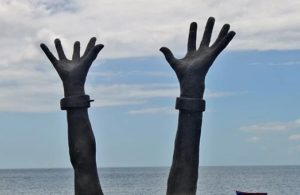 Grace adorns God. From the beginning, when Adam and Eve sinned by disobeying Him, God has demonstrated grace. Instead of destroying the first couple, God killed animals and clothed them with hides—an early symbol of His grace. The entire Bible and history are filled with acts of God’s grace.

Grace is God’s undeserved favor, shown primarily through salvation, but in many other ways too. We can’t earn the forgiveness for our sins that ushers in salvation. Nor can anyone else give it to us. Neither can we get it because our friends or relatives have it. It is a personal thing only God can grant. 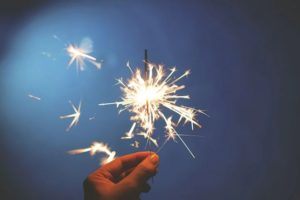 But only by God’s grace—and our asking for it—can we experience the forgiveness we need, the abundant life God offers, the daily peace God can grant, and the eternal life He promises. And when we’ve experienced it, we’ll want to sprinkle a little of it around for others.

God is the ultimate grace giver. And in the month when America celebrates her freedom, what better way to celebrate than to remember the freedom we have in Christ.