God’s protection surrounds us with a great army even though we live in troubled times. The cold winds of anger and hatred cannot touch a child of God nestled close to the heart of our heavenly Father. Just as I felt safe and comforted when I snuggled on my father’s lap during storms when I was a child, God will not leave His own unprotected.

God Protects Me from an Invisible Army

The prophet Elisha also lived in dangerous times. Israel faced armies and famines. Enemies were everywhere, and they hunted the prophet because God enabled him to guide Israel to victory. One morning, his servant awakened to an army surrounding the city. How 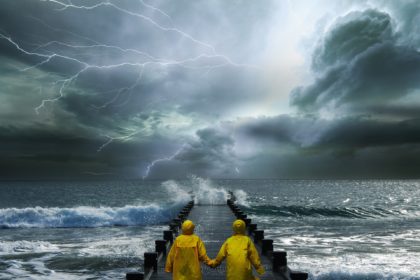 ever, Elisha knew they were protected by an army invisible to human eyes. When he prayed, God opened his servant’s eyes to an amazing sight. 2 Kings 6:16-17 tells us, “Then the Lord opened the servant’s eyes, and he looked and saw the hills full of horses and chariots of fire.”

As a child, our daughter was very afraid of the dark. I found a picture of a little girl in her bed guarded by an angel with a flaming sword. That image of God’s loving protection helped her overcome her fear. Trust God to keep you safe.

Normal life has changed. But God has not. Whether we are besieged by disease, protests, or threats of violence and censure, He is still in control. God’s armies surround believers, and nothing can harm them until or unless God allows. News reports may frighten and discourage us, but our faith rests in the God who will not leave us unprotected.

How might our life be different if we could see evidence of God’s protection surrounding us? Dr. David Jeremiah said, “God’s man, in the center of God’s will, is immortal, until God is through using him.” No one dies one moment before God’s predetermined time. He will deliver us from every attack until our time on earth is over. 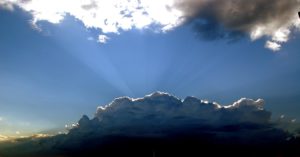 Live each day to the fullest. Make wise adjustments to your plans according to the best information possible. However, do not live in fear. Trust in the power and protection of our loving God. He will keep you safe until all His plans for you are accomplished.