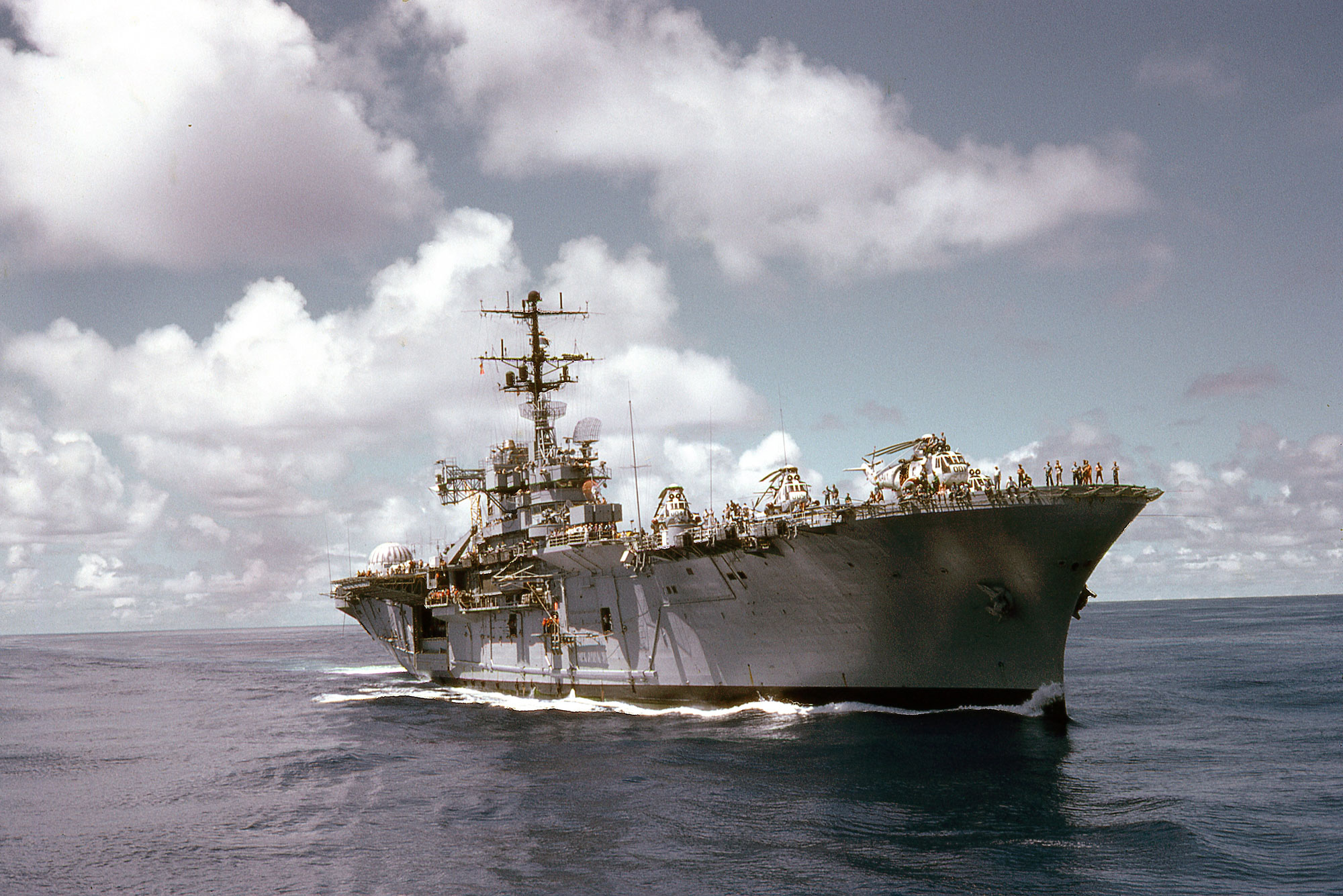 Thanksgiving is one of those holidays that seems to change in meaning as we get older. It begins as a day home from school to stuff yourself to edge of a cataclysmic internal organ failure, watch some football, and begin the official countdown to Christmas. By the time we travel through our twenties, thirties, and beyond, the meaning of Thanksgiving evolves, often year to year. But there’s always one that marks a turning point in our lives.

Mine came on the Thanksgiving Day of 1987. This was the year I’d spend one of my favorite holidays about as far away from my family as I could possibly get without jumping on one of those million dollar space shuttle flights. My ship, the USS Okinawa, was passing through the Straights of Hormuz, on our way to the Persian Gulf. While no hostilities had been declared against the U.S. and Gulf War was still several years in our future, the Gulf had definitely become a hot zone. The USS Stark had been hit by a air-to-surface missile launched from an Iraqi jet earlier that year. The war between Iraq and Iran had grown to the point where any country in the region couldn’t help but feel the effects. And the citizens of these nations had suffered from the ravages of a war that had raged on for seven years.

The Okinawa, a Vietnam era helicopter carrier, was there to launch her noisy birds on daily mine sweeping operations (we never found any, but a sea turtle did get the helo pilots a little excited for a few minutes).

While I never saw any action and actually found the trip interesting, the close proximity to at least two nations that would gladly put our ship on the bottom couldn’t have made for a less Thanksgiving-like atmosphere. But it was there, in a world foreign and hostile, that I truly felt thankful. I was not alone, after we stood down from general quarters (mandatory when passing through the straits), we engaged in our favorite underway activity: chow. The talk around the mess deck was oddly cheerful. 600 sailors and 1200 Marines, most of whom were certainly a bit homesick, found a suitable family on our floating home. And more than a few commented about how much more they appreciated their freedom, especially the simple traditions that we hold so dearly, when so near to millions of people who rise each morning with nothing more than survival on their minds.

Most Americans have never experienced true hardship. We are among a few nations who have avoided war, famine, or wide scale poverty within our borders for well over a century. We sleep well at night knowing that we’ll get up in the morning, eat breakfast, drive to our job, and return home for dinner. At no point do we have any reason to believe that a roadside bomb may maim us or a loved one. Nor do we flinch whenever we hear a jet approaching at low altitude. Our children never look for hiding places when they see soldiers approaching. Even the impoverished among us live in relative safety.

Thanksgiving Day of 1987 became my day to see the world through the eyes of a man who knew what it meant to be an American. It was then that I realized how truly great this nation is. Because of a small group of men who were wise enough to let a people govern themselves and restrict the power invested in their leaders, we never need fear a tyrannical government that keeps us in a perpetual state of war and poverty.

We are free. That in itself is our greatest blessing. And for that alone we should give thanks.