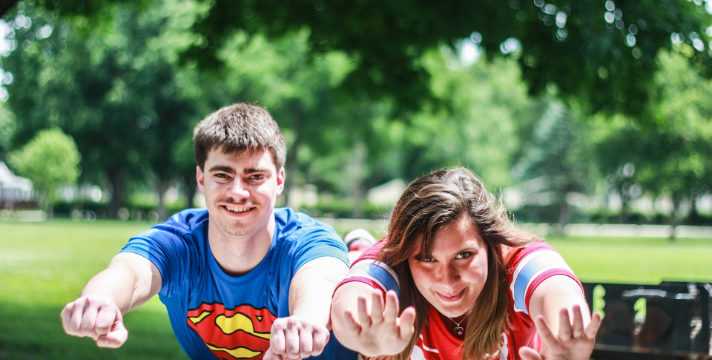 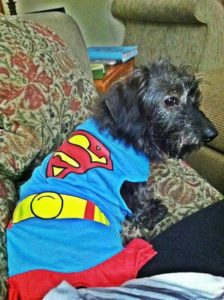 Any girls or guys relate?

Shoulders back. Head and chin up. I trust it fits.

A few heroines sport capes. However, those won’t do. There’s a need to stand tall. To fly. To take on something bigger than my wildest dreams and shoot for the moon.

But, a daily selection of wrinkle-free capes already hang in my wardrobe.

Independent cape: You won’t find want-ads in the local newspaper. I work alone. I’m not part of a superhero team. No sidekicks or aspiring heroes necessary. Besides, I save myself, my family, and save the day.

Comic book cape: My life’s captured and illustrated on colorful pages. Children and collectors everywhere marvel at my cape-wearing stories. I perform heroic feats and villain knock-outs then receive the adoration. Hero worship.

Archenemy-fighting cape: An archenemy (Lucifer) threatens to destroy my world and my family. Girl Friday to the rescue! “Pow!” “Shazam!” Don’t mess with me.

Backstory cape: I have a story. There are days I must remember my roots and where I came from. Like Superman discovering his powers. Who am I? Where is my identity found?

Disguise cape: This cape matches well with my mask-wearing mood. Fearful if I remove the mask, others will see the real me. Less than the heroine they expect me to be. But it stays freshly laundered and ironed. Or, I jeopardize a glimpse of the real me. 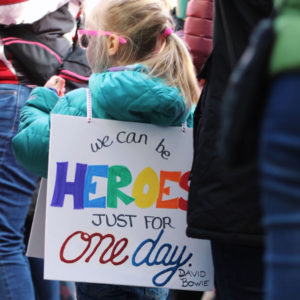 Research on superheroes and their costumes uncovered the cape holds no super power. When Superman flies, his cape flows in the wind but contributes nothing to flight ability. It never doubles as a plane wing, only part of the costume theme.

Many costume pieces play a vital role for enhanced abilities. Except the cape. Scratch any messages already sent Superman’s way. His cape is not needed. Hero-ness must lie elsewhere.

I’ve read stories about unsung heroes, a military veteran or a valiant member of society. Those with great courage. Yet, they remained unnoticed. Achievements buried underneath an idealized view that others did shoot for the moon and hit it. Better, with sharper aim and greater pizzazz.

[bctt tweet=”Unsung heroes live among us. A military #veteran or a valiant member of society. Those with great #courage who remain unnoticed. @FridayKaren” username=”inspireafire”]

But, more often than not, heroes sung about are moonstruck stories with little depth of sizable hero qualities that matter. Superficial capes hanging on the shoulders of superficial accolades.

Supernatural powers and abilities are not warranted for a human hero. True heroes acquire the title by means of fighting crime, standing up for the helpless, dispersing freedom, and changing society for the better. They live among us.

And one man in history was both an unsung hero and divine rescuer. To this day, many fail to acknowledge and honor Him.

[bctt tweet=”One man in history was both an unsung #hero and divine rescuer. To this day, many fail to acknowledge and honor Him. @FridayKaren” username=”inspireafire”] 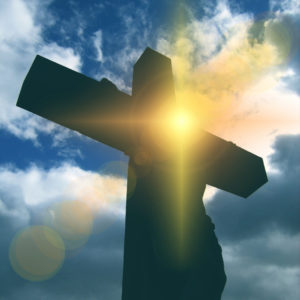 His backstory is rooted in supernatural power. He fights crime committed against His people.

He stands up for the helpless. And brings freedom to those in captivity.

The Lord has no need for a cape, disguise, mask or costume.

Jesus has the power to save us spiritually. He also rescues me from my cape-wearing-self.

*Images: top photo of my dachshund, Sadie. Featured image and all other images courtesy of Adobe Spark.