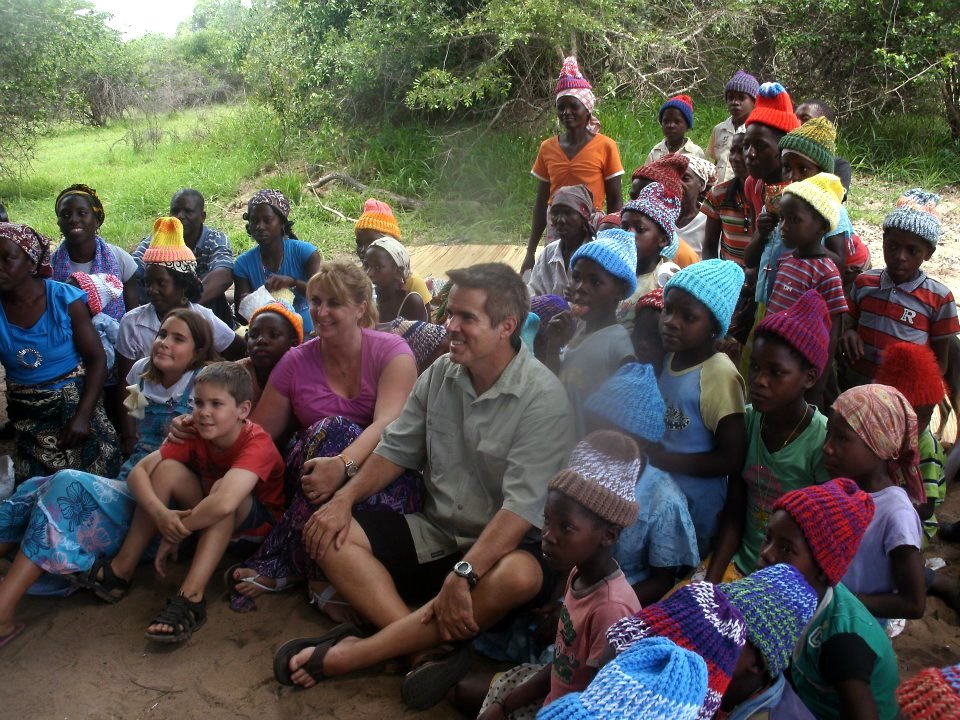 The milky way showed off amid the darkness of the Mozambique sky. Drums pulsed from the hillside across the street from the Stauber’s house. Witchdoctors from across Africa gather in the Gaza Providence to harness powers from the Indian Ocean. The spiritual battle the Stauber’s face in Xai-Xai [shy-shy] rose up in the night as we gazed into the sky.

Four of us had driven from Swaziland to visit Pastor Mel and Diane Stauber and their two children for Easter. We learned that when Mel first traveled to Xai-Xai for Celebration Church, he had no intention of moving his family from Austin, Texas to a third world country. He’d simply went there to facilitate a church plant and set up Children’s Cup CarePoints to feed and educate children, while seeking a pastor who speaks Portuguese. Instead, he faced a crisis of faith. Before moving his family to Africa in June 2010, Mel found contentment going for missions, yet living in the States. Diane had recently purchased a hair salon with a friend, and her clientele kept her busy. Their children, Rachel and Matthew, attended some of the finest schools in America. Life was good, but Diane could see that her husband left pieces of his heart behind each time he returned from Africa.

When looking at Xai-Xai’s ocean view, red dirt and sand fills and stains the land. Houses and businesses are perched along the hills. And when the tide rolls out, you get a glimpse of life below the surface of the sea. Yet scattered amid the beauty is a coastline of abandoned hotels, businesses and homes. Having gone through a 20 year war, Russian occupation, and the forced exodus of the Portuguese population, there’s not much trust between people. The economy is depressed. Theft is rampant. A spiritual vacuum exists, most often filled with darkness.

In December 2009, Mel’s sole purpose was to place a pastor in Xai Xai who would also start and oversee feeding sites and CarePoints for Children’s Cup. But it did not work out. And to make the trip less productive in his mind, Mel had driven a four-wheeler off a cliff, and banged up his shoulder. Back at the hotel, he couldn’t sleep. He was in pain, his roommate snored and there was no air conditioner, in spite of the relentless humid heat. Mosquitoes swarmed under the net around him; the one meant to keep them out. He’d had malaria once, and feared getting it again. And in the middle of all of this misery, God challenged Mel. “Would you be willing to do this work here?” 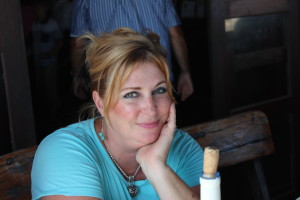 The sound of his own heart stabbed him deep. All of the physical discomfort became a secondary concern. He suddenly questioned his own faith. “Oh really,’” he said to himself, “so if God were to call me over here, would I say yes, or would I say no?” Mel grieved over the state of his heart. God had simply asked if he was willing to do the work. He hadn’t actually called him to Mozambique at all. Mel wrestled with himself. “Do I really believe in God? Do I really believe this faith?”

Over the next several hours, Mel pounded his one good arm into his pillow, shed many tears, and swatted mosquitoes, until he reached the end of himself. By 5 am, he said, “Okay God, you’ve got it. Whatever! If you were to call us, I would obey you.”

Mel slept a little and woke up feeling a shift inside. “We really could do this.” He knew it was Celebration Church’s first international church plant, and it had to go well. “Okay, God, you’ve got my attention now. I am willing. Here I am, send me.”

Mel set obedience to God in motion with a text to Diane: “What do you think about moving to Africa?” She laughed it off as a joke, until he texted back for her to pray about it. She then realized he was serious. She “freaked out.” But just like God, He kept putting Africa in front of her, through books, television shows, testimonies. She agreed to fast and pray for 21 days with her husband and their pastors back in Texas. God continued to point them toward Mozambique. But before Pastor Joe Champion consented to this plan, he wanted Diane to first visit Xai-Xai. The area presented an extreme lifestyle change for this southern lady, and Mel was the last person he thought would ever become an African missionary.

Diane and Mel flew from the States to the newly remodeled Johannesburg airport. Diane thought, “This isn’t so bad.” They spent the night in a nice hotel, then hopped a plane to Maputo, Mozambique. When the plane door opened, oppressive humid heat entered in. Piles and piles of trash, ten-feet tall, lining the roads took over the landscape. A spider crawled out of the bread of Diane’s sandwich. Cold showers awaited them at the first hotel with junk cars and more piles of trash. And when they reached their hotel in Xai-Xai, a member of their team discovered a tarantula between the pillows on their bed. This was not what Diane had in mind. She cried herself to sleep, thinking they’d missed God’s lead. Did He really call her family to this country? A place where everything seems deadly from walking the streets, to spiders, mosquitoes and snakes,  and the oppressive heat moving through a suspicious population.

The following morning Diane laid eyes on the children for the first time. God’s grace swept away the fears and discomforts from her mind. Her heart opened to the knock of His mercy. She could then see what He had for her family. He had indeed called them to Mozambique.The Stauber’s journey through Mozambique since June 2010 has not been without hardships and difficult occurrences. One happened when Mel found himself falsely accused and in police custody for the longest eighteen hours of his life. He wondered if he’d ever see his family again, yet he never questioned the call on his life. This move caused them to step out of their comfort zone in every realm of life. Diane never thought she’d leave Austin, Texas, her successful business, and live so far from her family and friends. She never imagined home-schooling her children, developing multiple teaching curriculum in Portuguese, and having to travel seven hours to a shopping mall. And safety issues arise with simply being a woman. If you let down your guard, you could be in harm’s way.

Yet in spite of the extreme lifestyle change, both Mel and Diane have experienced first hand the favor that accompanies obedience to God. I could see the mutual love between the people and the Stauber family. The changes and trials have only brought this family closer to the Lord and to each other. They could never settle for their prior comfort zone. God has expanded their bounds, far beyond what their own eyes could see and heart could ever conceive. He gave them a heart for the people of Mozambique.