We’ve all been broken down and abused by the trials of this world. And at some time or another that brokenness has caused my heart to go cold. Relatable? I think so.

Here’s the thing… you cannot change the people around you.

No matter how many times you chant to yourself that you’ll change the world, it’s not going to happen tomorrow. I’m sorry I have to be the one to burst that bubble and potentially put you in a severely aggravated and offended mood.

You can change the world. 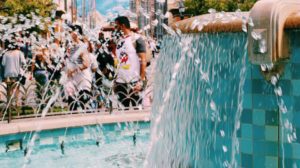 You can change the world slowly. So start with changing your attitude.

When someone hurts you, and I mean cuts you to the deepest part of your core, it’s so easy to build up those walls and turn your heart to a frozen stone.

Feel that pain and use it. Let it be a reminder of who you don’t want to be. Let it be the fuel you need to grow and get better. Use it be a little extra prayer request throughout your day. A prayer request for your own healing and their’s as well.

Instead of setting a bunch of New Year’s resolutions for 2019 I decided to jump on the bandwagon of having a word for the year. For this infamous and life changing year I chose…

Grace for those around me who hurt me. Irritate me. Wrong me (intentionally or not).

Grace for the situations I can’t escape or change. 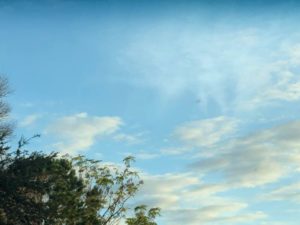 And, most importantly, grace for myself in all of my successes and failures.

God has given us infinite grace. It never runs out. It never has to be recharged. It’s just always there waiting for us.

Isn’t it about time you use that same grace to warm your heart that’s gone cold.

We can do it together. I know it won’t be easy, but it will be oh so worth it. So, this new year I’m wrapping myself up in the warmth of some God-given grace and I’m going to give it out like free hand-warmers in the dead of winter.