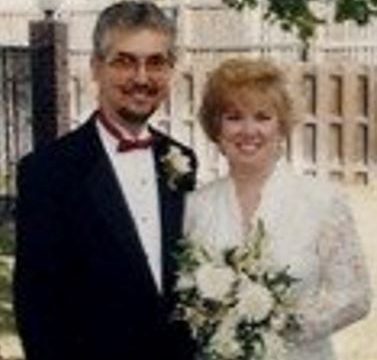 “For better or worse.”

I meant those words when I said them, but I was really hoping for the “happily ever after” I’d heard of in every fairy tale since I was little. I had no idea when I made those promises that in just a few years I would be called on to prove that I was sincere.

Not that my husband Bryan was accident-prone or susceptible to every disease that came along, but it felt like I was his nurse more often than his wife.

Just a few months after our wedding, Bryan was in an auto accident. He had been distracted, thinking of his late wife, and turned left in front of oncoming traffic. That resulted in some broken bones and a new car. A couple years later, another accident, more injuries, and another new car. Then a third, even though the last two weren’t his fault.

And the trend continued for a few more years. It got to the point that I laughingly told him to just let me know when he wanted a new car and we’d see about it. I figured it would be easier, cheaper, and less painful that way.

On top of all that, he had ongoing health issues that required meds and constant monitoring and put him in the hospital every few years.

Added to the physical issues, my husband lost his job when his employer was shutting down the company. So within four years of marriage, I became the sole support of the family.

We obviously had more than our share of the “for worse” part of our vows. But, you know, that never crossed my mind at the time. All I knew was that my husband needed me and I loved him with my whole heart. I would have done anything for him, including handling all those disgusting fluids exiting his body.

Then came the cancer. I was not only his caregiver this time but also his “birth coach” to help him from this life to the next. With little warning, we had arrived at the “till death do us part” segment of those vows.

Through all of the bad things (and lots of good), all the better and worse, I never doubted his love for me and he had no reason to doubt my love for him.

Even though our marriage lasted only a short while until his death, during that time we did have our “happily ever after.” And I’ll be forever grateful for the years we had together.

You know what? True love, sincere and unconditional, continues even when it hurts. And it still hurts, years after his death.

Have you found love like that? Love is a choice, and you can choose to love unconditionally too. It’s well worth the effort.