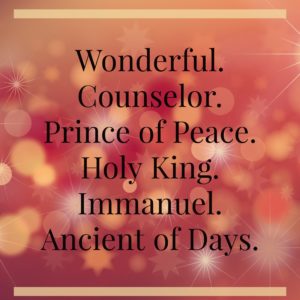 The babe took his first breath. My life forever altered.

The merriment of a child overjoyed me. Yet, even though swaddled by cloths, royal titles adorned this baby.

Barely minutes old and seemingly fragile, but this baby embodied the fullness of the Godhead. Power demonstrated years later when He cast out evil spirits and raised the dead.

A newborn placed in my arms. As I gazed intently at Him, the goodness and greatness of God spilled out.

I studied every feature.

I looked into his eyes. They later peered into the hearts of men.

I watched His mouth as He yawned and cried. A day came when His mouth spoke life-giving words. Words commanding even the winds and waves to obey. 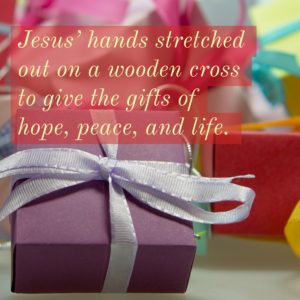 My hand rested on His chest. The rise and fall of breaths ladened with grace. A strong heartbeat surfaced. But one day His heart—broken and betrayed—offered forgiveness.

I wrapped my fingers around His tiny hands. The same hands grew in size. They caressed, comforted, extended healing, and restored sight. His hands stretched out on a wooden cross to give the gifts of hope, peace, and life.

A mother always inspects feet. Yes, five toes on each one. His were beautiful. I’d felt them kicking inside me. His feet carried Him to speak to the masses, walked on water, and perfume anointed them.

A baby’s feet are precious. Stare-worthy. These feet were pierced by nails.

I drew the Christ-child to my chest in a snuggled embrace. Yet, His embrace offers more warmth and security than any earthly mother could ever bestow.

How ironic I nursed Him to sustain physical life, whereas He is the bread of life.

First Heart-break as a Mother

I delighted in watching Him grow from childhood to an adult. There was no one like Him. His smile, voice, presence, and spirit. He possessed great compassion, humility, love, and tenderness.

But, being the mother of Jesus wasn’t always easy. I couldn’t fully understand His life. I desired to grasp His love and mission. Yet, they remained out of my emotional reach. 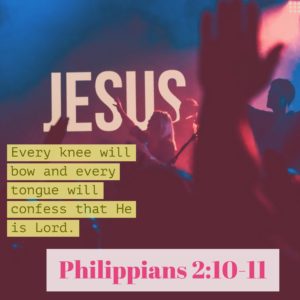 My heart and soul mangled, I sobbed at the foot of the cross. “Why, son? What greater purpose could mend this mother’s broken heart?”

“Who, though he was in the form of God, did not count equality with God a thing to be grasped, but emptied himself, by taking the form of a servant, being born in the likeness of men. And being found in human form, he humbled himself by becoming obedient to the point of death, even death on a cross. Therefore God has highly exalted him and bestowed on him the name that is above every name,  so that at the name of Jesus every knee should bow, in heaven and on earth and under the earth, and every tongue confess that Jesus Christ is Lord, to the glory of God the Father” Philippians 2:6-11 ESV.

A baby placed in my arms at birth, then a manger, a mere feeding trough for animals. A God-man placed on a cross for death—nothing mere about the cross.

First and Only King of Glory

Raised to life, Christ became the High Priest and took His place seated at the right hand of the heavenly Father.

Christmastime reminds us that there’s a place in our heart for the Savior. A place for His first breath of grace. Our life forever altered. 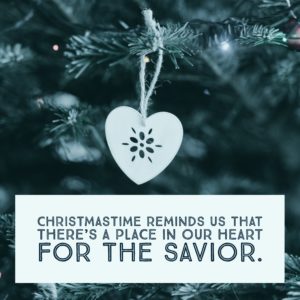 *We can only imagine Mary’s reflections that first wintry night.