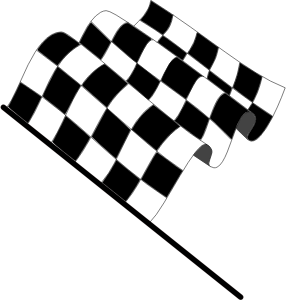 Philippians 1:6 ~ And I am sure of this, that he who began a good work in you will bring it to completion at the day of Jesus Christ. (ESV)

Well…for the most part.

Nine weeks and two days after the pipes burst (that’s 65 days folks – not that I’ve been counting or anything), the construction has been completed.

I’m also exhausted, and a bit apprehensive, because there is still so much to do.

Oh, the construction is finished. The tools are put away and the trips to Lowe’s have come to an end slowed to once or twice a week, but that doesn’t mean we are done. Part of me wants to kick back and hang out in the rooms where everything is completed. They look nice and it’s easy to pretend the rest of the house is in the same state.

Trust me, the rest of the house needs work and lots of it.

Last week, I focused on rooms where the payoff was immediate. The half-bath. The laundry room. Small rooms that needed a few hours of effort to be declared “done”. My husband pointed out that I like tackling the smaller jobs because I can finish them and feel like I’ve accomplished something. Which is so true.

It’s the larger jobs—the unpacking of the kitchen and the bedroom—that are harder to tackle. They won’t be done in a few hours, or even a few days, and I need to find the mental fortitude (and my fortitude is too tired to help much with this) to keep at it, even when it feels like I will never finish.

I’ve been thinking a lot about finishing, and it seems to me that finishing is a lost art.

Diets, books, budgets, sports, committees, savings plans, educations, marriages, relationships . . . when the going gets tough, the typical American kicks back in their recliner and watches Netflix. We can’t be bothered to do the hard stuff. We want to be comfortable and we’re willing to ignore a certain amount of chaos if it means we don’t miss an episode of American Idol.

Finishing is hard. It requires discipline, effort, and intentionality. It also requires a healthy dose of love for the people involved. The children who will benefit from that college savings plan, the spouse who needs you to hang in there when they are being a Class A Jerk, the friend who’s desperate to still be welcome in your world, even after you find out about that SUPER HORRIBLE THING he did . . . you get the idea.

It was while I was enjoying the ambiance of a newly finished room that God nudged me.
“I like finishing things, too.”

Ah…yes, I guess He does.

Have you ever thought about this? The millions of works-in-progress God has all over the universe. He manages everything from galaxies to moss, and He continually works in the lives of those He loves. That would be me and you.

Right now, with the desire to quit weighing heavily on me, I’ve found a new appreciation for these words.

Philippians 1:6 ~ And I am sure of this, that he who began a good work in you will bring it to completion at the day of Jesus Christ. (ESV)

I know how much work He has to do in my heart, with my drama, my flaws, my selfishness, my pride. Left up to me, I’d call it. Throw in the towel. Put the whole show on indefinite hiatus.
Thankfully, it’s not up to me.

He won’t quit. He won’t get bored. He won’t decide it’s too hard or too expensive. He won’t bail when everyone else says it’s not worth it or when everything He’s done hasn’t made an obvious difference.

He knows the work is good.
He knows the final result will be spectacular.
He is the Alpha and Omega—the first and the last—the beginning AND the end.

I Thessalonians 5:23-24 ~ Now may the God of peace himself sanctify you completely, and may your whole spirit and soul and body be kept blameless at the coming of our Lord Jesus Christ. He who calls you is faithful; he will surely do it. (ESV)
AMEN.