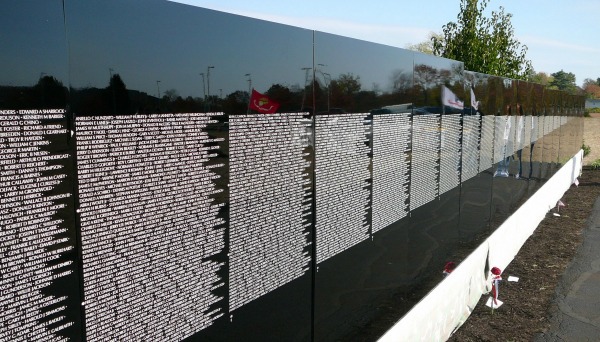 As I placed one foot in front of the other, an eerie sense of uneasiness touched my soul. I was treading on hallowed ground.

Being a chaperon for an eighth-grade school trip had its ups and downs. One of the ups was the annual trip to Washington, DC, to visit some of our nation’s most treasured memorials. Among them, the Vietnam Memorial and Arlington National Cemetery.

I came of age during the Vietnam War and worried I would turn eighteen and get drafted before it was over. Peace was made before I reached that milestone, but the long black granite wall reminded me my name could have been inscribed on the wall too. 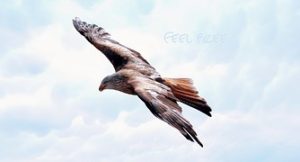 The wall began at almost ground level—barely high enough to inscribe a name on—but soon rose to heights higher than my six-foot one-inch frame. I had been here before with my wife and two kids and searched for the name of a church member’s friend. They had served together in the war. One had made it home; the other hadn’t. In my search to find one name, I had accidentally found another one who my friend had lost contact with. I later showed him the name, and he was able to find closure.

Now I was here again. Not searching for names but trying to get middle school students—for whom the war was ancient history—to remain silent and respect the memory of those who had given their all in a war many of them might not have agreed with.

When I reached the end of the wall, I glanced backward. While many stopped and searched for names 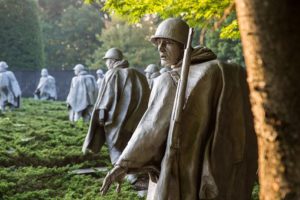 or placed memorials by the names of loved ones, others strolled as if no wall existed. Their smartphones were out. Fingers were busy sending text messages, checking social media sites, or pouring over emails. The wall was merely a wall they couldn’t identify with but were forced to walk by.

From here, we crossed the Potomac River and entered Arlington National Cemetery—the most sacred and daunting place I’ve ever visited. Our destination was the Tomb of the Unknown Soldier where we’d watch the changing of the guard.

Once again, I explained to our group why it was important to maintain silence. Some appreciated the sacrifice the bodies—and the many they represented—had made. Others seemed to remain silent for fear of disciplinary action.

Tears moistened my eyes as I observed the changing of the guard. Although I had never served in the military, my heart ached for those who were, who had, and who had never returned to tell about it. In the distance, a lone trumpet played Taps as one more veteran was laid to rest.

I left these two places with a greater appreciation for our military heroes. They fought because a higher power instructed them to. Many left girlfriends, boyfriends, wives, and children behind. All of them left someone of importance. For every thousand who returned, a thousand more didn’t. But they fought for a cause they and their country believed was important: freedom. 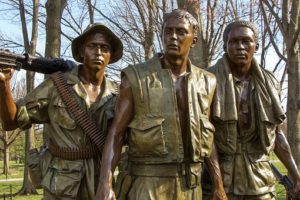 As I left the memorials behind, I couldn’t help but think of a greater freedom—and a greater freedom fighter. He left everything to triumph over death and the thing that had caused it: sin.

When I see someone dressed in military fatigues or have a conversation with someone who has served, I’m reminded that perfect freedom will never be found anywhere in this world, but it can be through Christ. “So if the Son sets you free, you are truly free” (John 8:36 NLT).

America celebrates her freedom during the month of July. Although the nature of wars may change—as well as may the reason we fight them—those who serve always deserve our honor and respect. The next time you see a veteran, why not thank them? Your freedom depends on those who are willing to give up some of theirs.