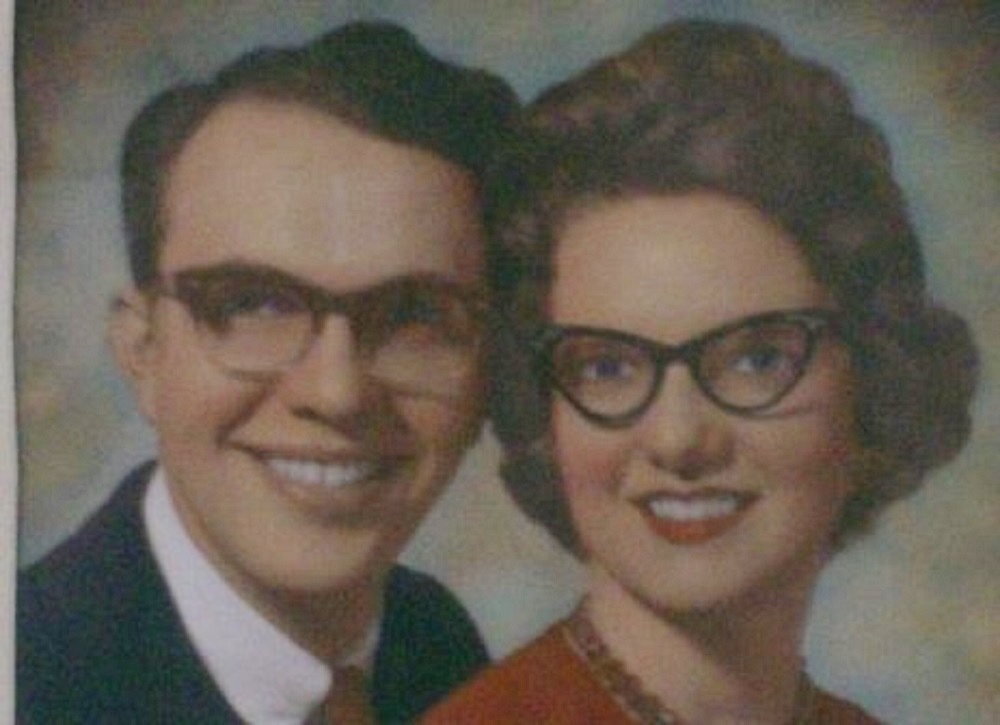 The emptiness is always there, just beneath the surface. Never the focus, rarely mentioned, but ever present.

But twice a year, I allow myself to feel it, raw and unfiltered. November 15th is one of those days. Because as of today, it’s been 46 years since I lost my father.

It’s how my story began, and I never want to reach the point where it doesn’t matter, or it ceases to hurt. If  I ever cross that line, that probably means I’ve stopped feeling completely.

And what kind of life is that?

The funny thing is that I’m 46 years old. That makes me almost 20 years older than Daddy was at the age of 27.  That puts us in an odd time warp, because I don’t know how to imagine him at any other age.

But that’s okay. It’s the little girl in me who still needs him, desperately. I so look forward to these imaginary conversations. It helps to create a pretend memory of an actual person, rather than just a stiff, unmoving man of mystery in an old picture.

So I take a deep breath, crawl into his lap and lean my head against his chest.

I take in the rhythm of his heartbeat, let out a sigh, and it all comes pouring out; everything I need to tell him.

“Daddy, it’s been a tough year. I never thought it could get harder. But it does.”

He wraps his arms around me and squeezes tightly. I tilt my head toward his face, trying to study his mouth. Does he have whiskers? I reach my hand up to find out. Smooth. Not prickly.

“I get tired of being strong. But I’m trying. I want to make you proud of me. I really do.”

He moans, and brushes his hand through my curls, but says nothing. He rarely says much. But why? Maybe it’s because I talk too much and don’t really give him the chance. but doesn’t he know how much I need to hear his voice?

Is it deep and powerful? Soft and soothing? Probably both.

Oh. That’s it. I’ve never heard his voice. I don’t even know how to imagine it. Frustrating. So I tell him.

“Daddy, I need to hear your voice. I need you to guide me. To show me what to do.”

He smiles. He is proud. I can feel it.

I turn around to face him. I need to see his eyes, though it’s hard to make them out through his glasses.  They are deep set. Dark brown. Expressive.

I have those same eyes, or so people tell me. My lip begins to quiver and tears start to fall.

Will he ever understand how much I love him?

I whisper. “I miss you so much. I wish there was something I could do to show you how much I love you, Daddy.”

His takes my face in his hands and uses his thumbs to catch my tears.

He understands. I can feel it.

He speaks. Finally. It’s deep and soothing. “Well, there is something you can do, Janet.”

It takes my breath away. He’s never said my name before. This must be serious.

We are so close our noses are almost touching. I wait, not wanting this moment to end.

But it’s coming. I can feel it.

“Anything, Daddy. What is it?”

“But if a widow has children or grandchildren, these should learn first of all to put their religion into practice by caring for their own family and so repaying their parents and grandparents, for this is pleasing to God” (I Tomithy 5:4 NIV)

My father is my fairy-tale hero, but this is dedicated to my mother, who will always be my real-life hero.

But also to my mother-in-law. Peggy, and to Una, Betty, Shirley, Vickie, Betty, and all the other widows whose hearts already lie in Heaven with their beloved God and their beloved spouses. I love you, and know it’s difficult to be left behind.

So consider yourselves hugged. And cherished.