My wife likes to watch romance movies. Yes, even the most predictable Hallmark ones. I admit to sitting through a few of them with her, and some of those hold my interest and entertain me. For several of them, I retreat to read a book, work on genealogy, edit photos, or some other activity.

If you have ever sat through some of the volumes of movie love, you most likely recall a 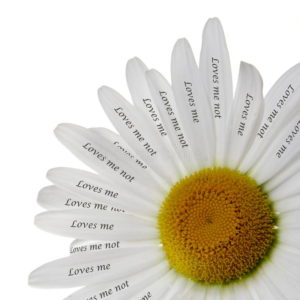 son or daughter asking, “How did you know when you found the right one?” The quality of answers ranges from the meaningless “You’ll know it when it happens” to a few deep studies of human nature. A few gems provide the romance entertainment.

When I hear the question, I immediately try to plan my answer, but the actor usually calls me back into the story before my thoughts crystalize. Now that I have had a little time to consider it, I have to say my answer is complex. I know. That’s about as helpful as “you’ll know it when it happens.”

But hear me out. By complex, I mean there are many levels and facets to the answer. First, I had to discover that I liked her as a friend. I had to enjoy our time together. She had a laugh that caused my joy to bubble up. Some sitcoms have a female character who snorts when she laughs—a real turnoff (except for the humor element) for every man in the viewing audience, let alone a prospective beau. Not so for me. I tried everything I could to get Cindy to laugh that special laugh of hers, which was music to me.

Second, I sensed the emotional attachments forming between us, drawing us into a deeper friendship, one that shared inner thoughts and dreams. I had to learn I could share secrets and not fear being bruised by her reactions. Then I experienced withdrawal symptoms the whole time we were apart.

Perhaps the greatest evidence for me came in the realization we didn’t have to play any dating games. We could be ourselves, as attractive or repulsive as that might be. We weren’t out to recreate the other into our ideal nor fool them into believing we were something we weren’t, something we thought they wanted us to be. That meant we didn’t spend time second-guessing one another and ourselves. Instead, we learned how we complemented one another.

I relaxed around her. Then I realized love for her had filled my heart, and she loved me. A lifetime together became our dream.

While this was going on, another love had ignited in my heart. Jesus revealed himself to me, opening my heart to a love I never knew existed. He expanded my understanding in a way that blossomed much like the love between Cindy and me.

Jesus was patient in his love for me, allowing me the time I needed before moving in faith. I have called myself a plodder and not a runner in my Christian life. When Jesus has called me to step out in faith, I have tested the ground (the promises) where I am to place my foot before putting my full weight on it.

Oh, I had that caterpillar-conversion moment when Jesus confronted me with my sin and I became a gooey puddle of shame and then I stood up a new man, but it didn’t take long before I realized I still had a lot of the old caterpillar still clinging to me.

I often think of King David’s lament, which seems written just for me. “But I am a worm and not a man” (Psalm 22:6, NASB 1995). And centuries later, the apostle Paul captured my feelings with, “Oh, wretched man that I am” (Romans 7:24, NKJV). Thankfully, neither man stayed in their emotional pit. David concluded that God’s love would not leave him there. Instead, God would lift him up so he would lead the nation in singing praises for the deliverances of God. Paul declared Jesus was able and willing to deliver. His conviction on the matter grew so much he prayed for our love to abundantly abound that we would have greater knowledge and discernment in the things of God.

For any relationship to develop, at least one member must be committed to making it happen. All the wooing in my love relationship with the Lord has been on the Lord’s part. We use the expression of finding Jesus, but He is the One who called us. He said to us, “Come.” He never lets up on appealing to us and patiently waiting for us. He continues to say come.

The obvious confronted me all the time. The obvious being, I can hide nothing from the Lord. I can’t 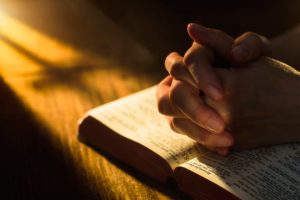 play any relationship games with Him, try as I may. He knows the thoughts and intentions of my heart before I ever speak or act on something. How freeing it is when love conquers that area, and I can be me simply and completely loving my Savior and basking in His love for me.

Here I remain—with my wife and with my Lord—asking for yet more love.

Charles Huff is a Bible teacher, minister, speaker, husband, father and grandfather. He and his wife have held pastors seminars and taught in various churches, including remote mountain churches in the Philippines. His writing has appeared in www.christiandevotions.us, The Upper Room; articles in three anthologies: Gifts from Heaven: True Stories of Miraculous Answers to Prayer compiled by James Stuart Bell; Short and Sweet Too and Short and Sweet Takes a Fifth, both compiled by Susan Cheeves King.