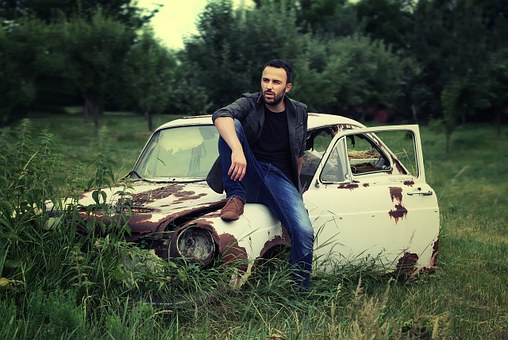 During a cold snap in December, I noticed the key proved difficult to slide in and out of the ignition of my old Ford Explorer. Thinking it needed a little graphite, I sprinkled some on the key and gave it a try. No luck. In fact, after sliding the key in and out of the ignition several times, the difficulty increased rather than decreased. After the fourth try, I couldn’t get the key in at all.

My wife—having grown up as the daughter of a shade-tree mechanic—investigated online. “You shouldn’t have used graphite,” she said. Thinking she had diagnosed the problem correctly, she spent some time with a can of WD-40—which she borrowed from a neighbor—and my key. Sure enough, she maneuvered the key into the ignition, but it would not turn. She spayed some more and left it alone.

Not being one to give up easily, she played with it again the next day while I was on an out-of-town business trip. Imagine my pleasure when she called and said, “Listen to this,” and I heard my old car crank. With a little ingenuity and rigging, the car kept cranking. She may have not felt like cranking, but we made her turn over a few more times.

I suppose old Elijah didn’t feel like cranking either. “Then he lay down and slept under the broom tree. But as he was sleeping, an angel touched him and told him, ‘Get up and eat!’” (1 Kings 19:5 NLT).

Elijah had just defeated hundreds of false prophets in a showdown on Mount Carmel. But then the wicked queen placed a death threat on his head, which sent him running into the wilderness. Lying under a tree—tired and depressed—he asked God to take his life. He didn’t want to crank anymore. God, however, had other plans. He wanted Elijah to keep running—albeit not away from his troubles.

To be blatantly honest, I sometimes don’t feel like cranking either. Don’t feel like reading my Bible or saying my prayers. Don’t feel like helping a neighbor or showing kindness to a stranger. Don’t feel like attending church or going to work. Don’t want to clean the yard or help my wife clean the house. Don’t enjoy watching my paycheck dwindle as I pay the bills. And sometimes, like Elijah, I give in to the feelings and don’t do what I know I need to do. I don’t crank when I know I should.

In those moments of not wanting to crank, God touches me on the shoulder—in reality, He pricks my heart—and tells me to crank. And this cranking effort usually means I must check my priorities. Have I lost my desire to love Him with all my heart and to love my neighbor as myself? Have I forgotten that God is the one who gives me the strength to crank in the first place? Or is my plate just too full, and I need rest?

Then, I remember I can’t operate on feelings. If my old car only cranked when it felt like it, I’m sure it wouldn’t on cold mornings, on rainy mornings, or on the weekends. Feelings are fickle and often don’t represent reality.

I gave my old car a few days of rest, and usually that’s what I need. A time to step back and restore some balance to life—which easily gets out of whack. During those times, God feeds me what I need so I can crank again.

When you don’t feel like cranking, check your schedule and your priorities. As long as you are breathing, God has a few more cranks for you to make.