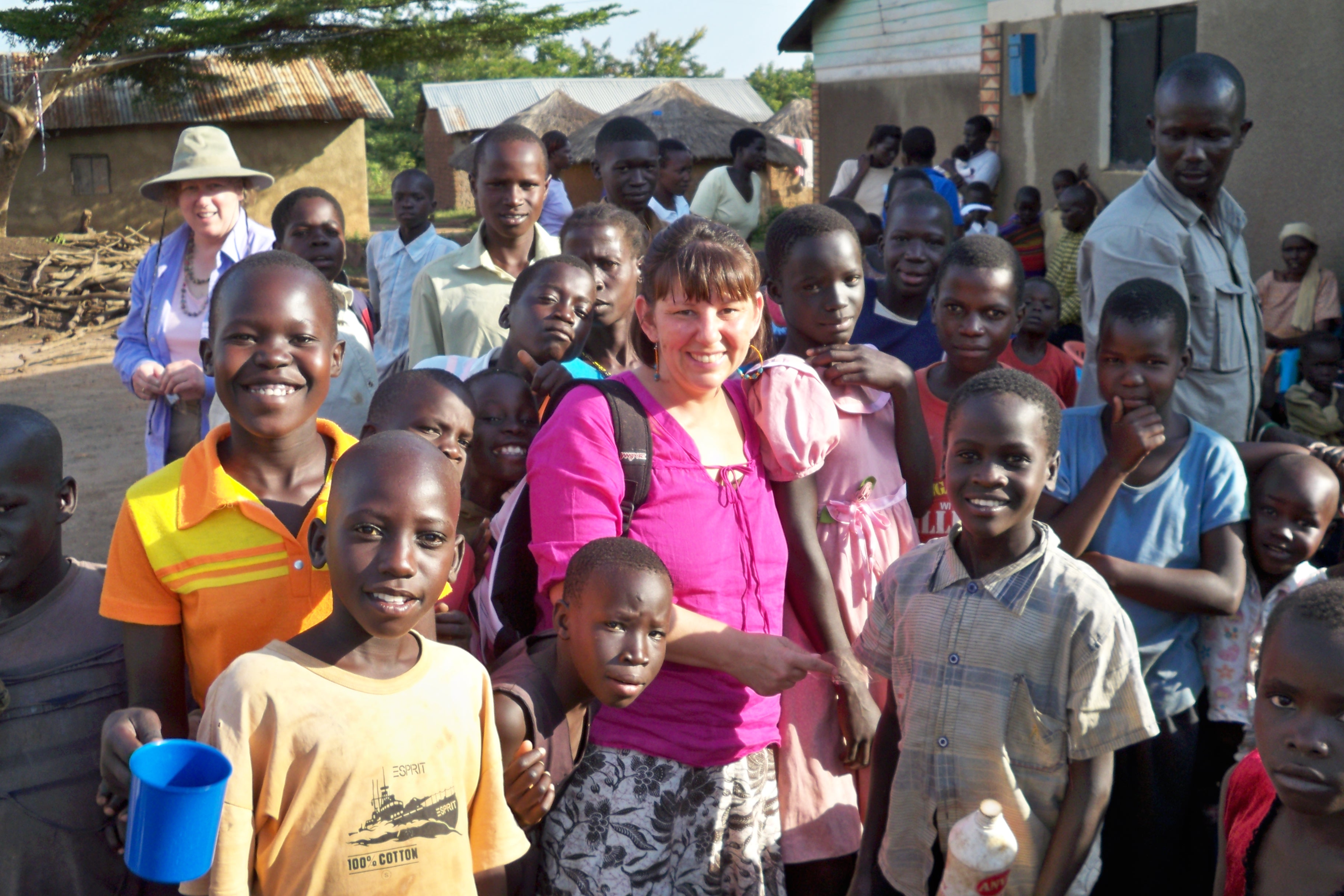 This Mom Turned Part-time Missionary Does.
by Tina Ann Forkner

Sandy Johnson is a busy mom, a wife, a friend, and a volunteer from a medium-sized town in Wyoming. In short, she is probably just like many of you, yet in 2009, Sandy’s regular, albeit comfortable, life transformed from what some people might describe as ordinary into something quite extraordinary; all because she said yes to a mission trip. Sandy knew her world would change when she volunteered to go on a trip to Africa with her home church, Cheyenne Hills. After only one mission trip to Uganda, Sandy fell in love with the people. It was on that same trip that Sandy and her friends experienced an unquestionable miracle that left no doubt about God’s presence in Africa; a miracle that saved many lives.

I had the pleasure of asking Sandy a few questions about her experience. Here is the remarkable story about how she went from Mom to part-time missionary, and about the miracle that restored hope in the hearts of a remote African village, and in the hearts of some very beloved children. It might just restore hope in yours, too: 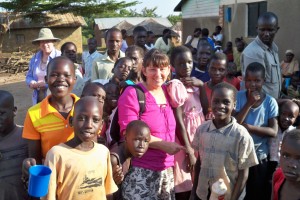 Thank you for sharing your story, Sandy. First, what inspired you to leave your cozy home and children to go on a mission trip to Africa? Weren’t you a little bit afraid?

I have felt a burden for the people of Africa for a long time, so when this opportunity came up, I knew without a doubt that I would go. That doesn’t mean I was not terrified.  I felt more fear and anxiety than I think I ever have, but when we landed in Entebee on July 6th 2009, I had a peace that surpasses all understanding. I actually felt as if Africa was home. I knew from that minute that, God-willing, I would return time and time again; and I have. Since that first mission trip, I have fallen completely in love with my brothers and sisters in Africa. It feels as if I’m saying goodbye to family when I leave. Remembering the faces of those beautiful widows and orphans is what keeps me going back.

What are some of the things you do on your trips to Africa?

“…time again I hear the African people say, “Thank you for coming; now we know that God has not forgotten us.”

We don’t always have a plan of what we will do when we go, but I can tell you that time and time again I hear the African people say, “Thank you for coming; now we know that God has not forgotten us.” My group is sponsored by Cheyenne Hills Church in Wyoming, and when we are there we host a Pastor’s conference where over 300 pastors come from all over the area in order to be trained. We also do Vacation Bible School or sports camps with 300 plus children.

We have taught widows how to bake, so that they can make a living and we have provided sewing machines for women to sew and earn a living with. The amazing thing about the people of Africa is that they do not want us to give them things; they have a desire to learn for themselves and provide for their families. Like the saying give a man a fish and he eats for a day, show him to fish and he eats for a lifetime. We are teaching them to fish.

I know that you witnessed a miracle while in Africa. Can you tell us about that?

“Mother’s were crying for their children, digging in the rubble for the children.”

The first year that I went, I had a specific day where I felt like I was doing nothing but running around with 300 kids. We did not expect kids that day and had nothing prepared. This is why I spent three hours playing every game I could think of.

At the end of the day I told our Pastor, Gaylen Huck, “This is crazy. I have just spent three hours running around like a crazy person, we have to have a better plan for tomorrow.” 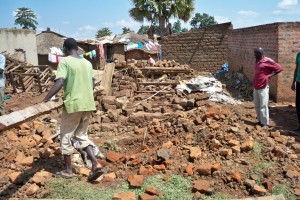 Pastor Francis proceeded to share that the building these 300 kids would have been in – the  same kids I had spent the last three hectic hours playing games and running around with – had completely collapsed. Their school was a pile of rubble, and if the kids had not been with us, they would have been in the building when it collapsed. The frantic mothers had no idea, so they were crying for their children, digging in the rubble for the children, until they finally learned that all of the kids were with us, the Muzungo’s (white people).

Pastor Francis said, “God used you to save these children. Most, if not all of them, would have died in the building.”

The next morning we shared the story of Jesus feeding the multitudes with the little boy’s lunch of two fish and five loaves of bread. We followed the Bible story by asking them, “Do you believe in miracles?”  They said that they did.

“Do you believe in miracles?”

We asked them if they believed that being spared from the collapsed school the day before was a miracle, and they said, “Yes.”

We then asked them if they wanted to believe in this person who did miracles, and they said, “Yes.”

It was such a beautiful thing to hear these kids accept Christ.

Your miracle story gives me chills. How extraordinary to be used in that way. Sandy, thank you for sharing and for saying yes to missions. I have one more question for you. After all that you have learned while working with people from the remote areas of Africa, what do you want people to know about missions?

My first mission trip changed my life. When I got back home I realized how much I had been taking for granted; such as, food, water, electricity, and my car. Since I’ve been involved in missions, I have even stopped saying I am starving; now that I have seen what starving really looks like.

We are all called to do missions. You don’t have to go to a third world country; James 1:27.

Additionally, we are all called to do missions. You don’t have to go to a third world country; James 1:27. My family has spent the last few years investing in the lives of the widows and orphans I have had the privilege of meeting. We have gone without wants, so that we can do things like send goats to orphans, sewing machines to widows, and HIV- testing kits. My 12-year-old son has said, “Mom, it’s okay if we never have a backyard, if it means we can help the kids in Africa.”

I have also been more invested in helping the needs of our own community. My next goal is to be able to help people in our community with food needs, whether it’s through a food pantry, or maybe gift cards. I cannot begin to describe the impact that missions has had on my life. I look at everything differently, from where I spend money, to how I spend my time.