It started last year on Easter Sunday with the death of a very dear friend in Maryland; a man I’d known for forty-four years. Within weeks of his death, another special friend in Florida died. His death was followed by the death of a new acquaintance here in Texas. In between those three deaths, Uncle Ed died.

In August, three close friends of my husband had death’s in their immediate families.

But death was not finished … a very precious Saint in the Lord died the beginning of September. My 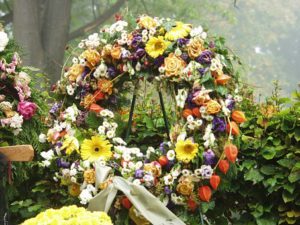 husband sang one of her favorite songs at her funeral.

Two months later, on November 11, I stood beside my mother’s grave and mourned her death.

Perhaps you’ve experienced years like that. Years which seem relentless in their quest to knock us to our knees, and force us to throw our hands up in defeat.

But believing all that would be contrary to what the Bible teaches. Would it not?

The Apostle Paul talked about death and the hope those of us who belong to Jesus have through Christ’s death, burial, and resurrection. We know through the glorious resurrection Jesus was victorious over hell, sin, Satan, and death. And because of his mighty victory, those who belong to him will also be resurrected to a new life with him in heaven for all eternity. 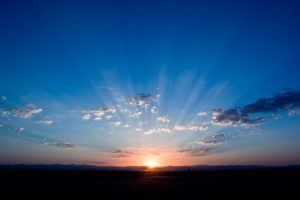 When death strikes our loved ones and we mourn in the ashes among the potsherds, we can hold firm to the truth we know. Death does not have the final word. Jesus does. And Jesus conquered death. Praise, God.