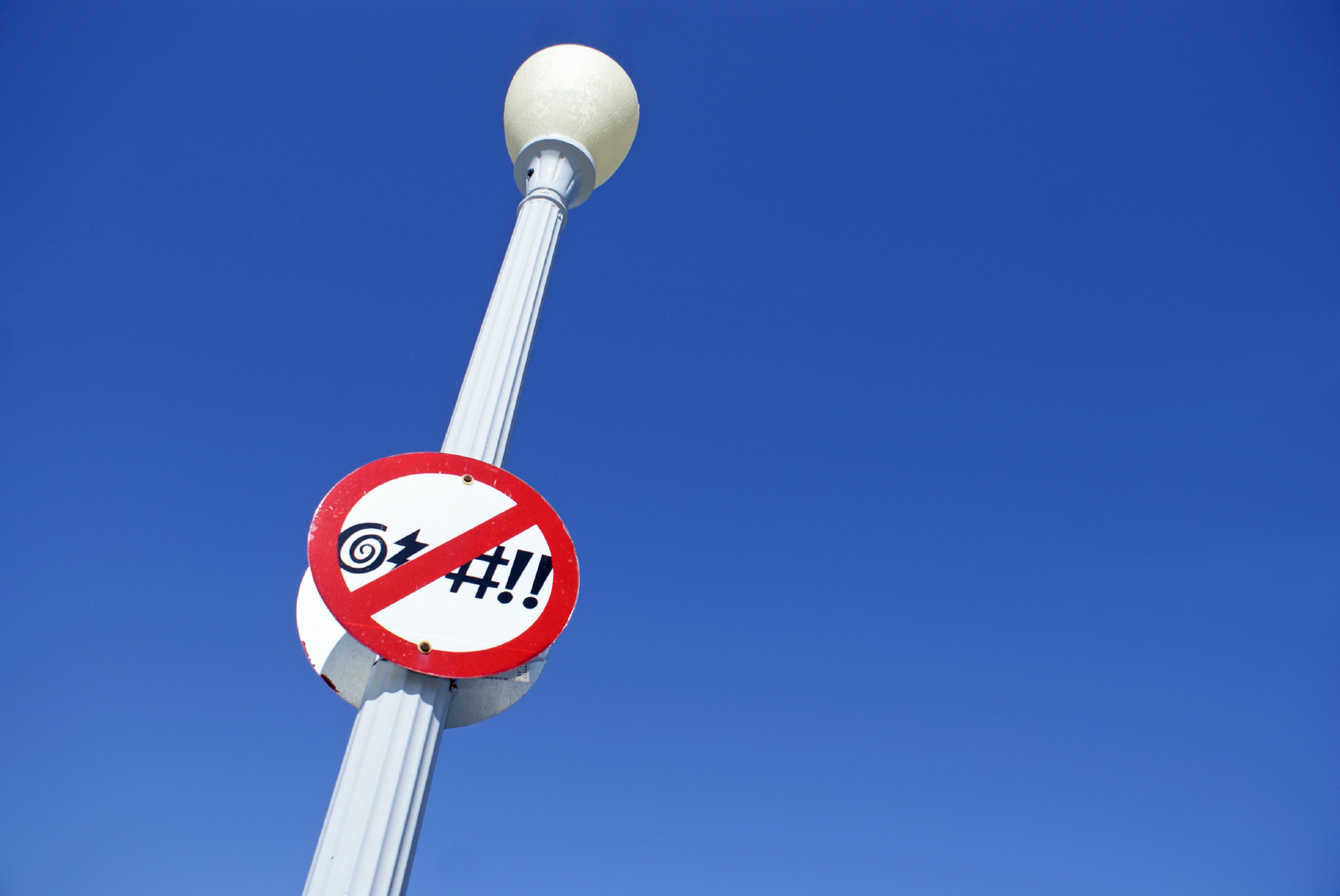 No, I’m not the one who counted them. Leave that to some Christian watchdog group. I mean, who else counts cuss words?[/box]

For instance, in 2005, Family Media Guide rated Oscar-nominated films and awarded Crash with the most profanity in the category of a Best Motion Picture. The movie contained a whopping 182 incidents of foul language, twice as much as its nearest competitor, which happened to be Brokeback Mountain with 92 expletives. However, Brokeback did trump Crash in two categories: 28 episodes of cigarette smoking compared to 6, and 22 incidents of sex opposed to 16.

I suppose these kinds of moral grading systems on films or books is helpful to some, but to me they create more questions than answers.

For example, when I was growing up, my parents banned the word “crap” from my vocabulary. Being the only kid on the block having such a muzzle seemed unfair. I mean, “poop” just didn’t cut it. Nowadays, however, “crap” doesn’t carry the same weight. (Neither does “poop” come to think of it.)

It’s true of many terms. For instance, it used to be that if someone “sucked” they were performing a sexual act. However, the use of that term has changed. Now…

Your screenplay sucks.
Your work sucks.
Math sucks.
Americans suck.
You suck.
In fact, actor Dennis Leary even challenges us to “Suck On.”

Which leaves me wondering, Is “suck” a bad word anymore?

Okay, so the acceptance (or rejection) of swearwords is often dependent upon one’s era, geography, culture or lack thereof. One of my all-time favorite reads is G.K. Chesterton’s, The Man Who Was Thursday, a brilliant apologetic fable which is routinely considered his greatest work of fiction. Chesterton was an avowed Christian. Nevertheless, the novel is sprinkled with mild expletives like “go to hell” (ch. 9), “damn it all” (ch. 2), and my favorite, “You great fat, blasted, blear-eyed, blundering, thundering, brainless, Godforsaken, doddering, damned fool!” (ch. 10). I’m unsure what has happened in the century since that book was first published, yet I can’t help but wonder if Chesterton’s masterpiece would survive the scalpels of contemporary Christian editors.

The same is true for the Bible. For instance, Jesus called Herod a “fox” in Luke 13:32—a term which, culturally, could have meant anything from clown, to jerk, to jackass. In fact, some religious folks are shocked to discover that old King James’s version of Scripture can get a bit dicey. Forget about “pee”—the good king goes straight to “pisseth” (I Sam. 25:22, I Kings 14:10, II Kings 9:8 KJV). Furthermore, “ass” and “bastard” are employed frequently in the earlier editions of God’s Word (which also includes examples of asses and bastards in living color).

This presents an interesting dichotomy: Even if I read the Old KJV and believe it, I cannot write like it and still be published in some Christian circles.

So while most of us would agree about the inappropriateness of certain expletives, as well as biblical exhortations to mind our manners, inevitably, each of us must draw lines concerning what is and is not offensive. But who’s drawing them and where they’re drawn is another story.

For instance, what amount of cussing (or sex or smoking) is unacceptable? If you live in a monastery, probably all of it. On the other hand, I work with a group of guys who speak only in four-letter words. Were I to demand they filter their filth, I’d become a laughingstock. Or unemployed. So perhaps it depends on what world you live in. For most of us, all variations of the “F-word” are unacceptable. (Although nowadays, people use “flippin’”, “freakin’” and “friggin’” to the same end. Should these words be outlawed too?)

Note: I have heard from some publishers that flippin’ is allowable, but friggin’ is not. Why? Friggin’ is phonetically closer to the F-word in its various constructions.

Anyway, it makes me wonder whether or not we’ve sorely missed the mark, whether or not we are straining at gnats and swallowing camels (Matt. 23:24). Instead of celebrating quality craftsmanship and engaging the world with our stories, we’ve become moral policemen, cruising the movie theater or book store, passing out citations for the most “asses,” “F-words” and cigarettes smoked.

I wonder that the same applies to Christians in the arts.

Like my idol, Chesterton, I yearn for the glorious day when I can raise my literary voice and say without fear of censure: “You great fat, blasted, blear-eyed, blundering, thundering, brainless, Godforsaken, doddering, damned fool!”

But sadly, I fear that day is a long way off.

MIKE DURAN is a novelist, blogger, and freelance writer whose short stories, essays, and commentary have appeared in Relief Journal, Relevant Online, Novel Journey, Rue Morgue magazine, and other print and digital outlets. His debut novel, a supernatural thriller entitled “The Resurrection,” is about an unlikely woman who raises a boy from the dead and rouses something beyond her control. Mike is an ordained minister and lives with his wife and four grown children in Southern California.

You can learn more about him, his writing projects, creative interests, and confessions at his website (www.mikeduran.com).