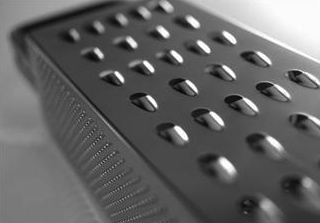 And my God will supply all your needs, according to His riches in glory in Christ Jesus. Philippians 4:17

Webster’s defines coarse as harsh, grating. That pretty much sums up how I feel about this course correction. And my emotions are rubbed raw from dealing with it.

Oh, I knew this change was coming. It was as inevitable as breathing. I knew our boys were going to grow up and leave home. Truthfully, we’ve spent their whole lives teaching them what they’ll need to know to leave home and become independent. And, after our oldest chose the Marine Corps straight out of high school, I thought letting the others leave would be easy. Not so much.

There are good things about this time. We’re proud of the men our boys have become. We love the women in their lives right now, and we’re excited by the future God has planned for them. But in the midst of all that is the feeling we’ve forgotten something—left some vital piece of information out of their education. Even as I rejoice in their independence, I recoil at the things they’ll have to face without us.

Of course, all this stems from something else I deal with on a regular basis, control. For those of you who know me, this bit of information won’t come as a surprise. Intellectually I know I’ve never really been in control of our kids’ lives. As I wrestle with this new time of life, I realize my fears for them are just another attempt at control. I’d equipped . . . I’d given . . . I’d prevented.

In reality, we haven’t been the ones to equip, give or prevent. God has. Oh, He’d allowed us to help on occasion, but He’d been the one who’d orchestrated events to prepare our sons for life. It’s a good thing, too. I have no idea where our sons’ lives are headed. I could make some guesses, but so far my track record hasn’t good. But God’s track record is perfect.

Dear Lord, help me face this new paradigm with peace, knowing I can count your promises to not only be true in my life, but also in the lives of my children. Amen