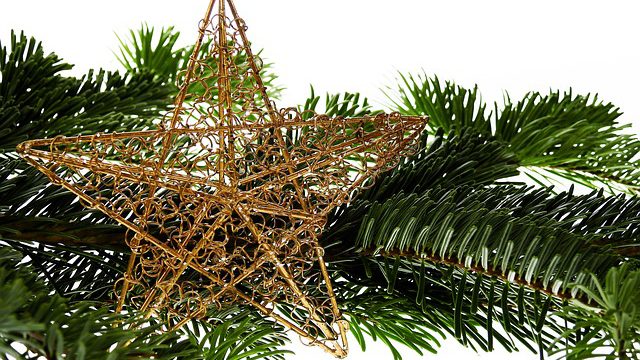 Watch their flock by night. That’s what shepherds do at the end of a day—they watch their sheep while being enveloped in a quiet darkness.

Most nights are uneventful, but one particular night many years ago a group of shepherds were changed forever. One minute they were all alone and then in an instant they see an angel standing with them. Luke 2:9 says, “. . . the glory of the Lord shone round about them.” How unsettling this must have been to see this stranger appear in front of them surrounded by light. Why they didn’t even know how a flashlight would look in the dark or a set of car lights or streetlights. All they had ever seen at night was light from a campfire, a torch, or a lantern.

So this angel shows up dressed like . . . what? Wings maybe? In a flowing garment? Holding a sword? We don’t know, but if that wasn’t enough to try and process for these men, there was also the unbelievable illumination around them, all of them.

Yes, they were afraid.

But that wasn’t all that happened. After the first angel made his astonishing announcement about a baby, SUDDENELY there appeared with the angel a multitude of the heavenly host. How many? I don’t know, but the Hebrew word for “heavenly host” is the word “sabaoth” which means a large army. 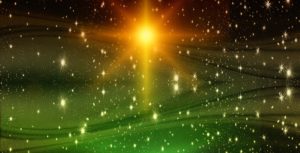 The picture I’ve always had in my mind of this account has been influenced by the carol “Angels We Have Heard on High” which I imagined angles hovering in the sky, sweetly singing—like a lullaby—over the shepherds. But I don’t think this is the way it was. Now I’m picturing in my mind angels everywhere—as far as the eye can see—filling up the entire sky. Not just a small choir of angels hovering in the sky singing sweetly but an ARMY, a heavenly host of thousands of angels praising God.

I’ve been in crowds of cheering people, and when you get thousands together it can be very loud. I can only image how loud this heavenly host sounded. And as suddenly as they came, they left leaving the shepherds in the quite dark again. So I’m thinking, did the sheep scatter or stay? I don’t think it mattered. After the unexpected announcement and display in the heavens the shepherds gathered not the sheep, but probably their wits, and followed the instructions of the angel and ran to Bethlehem.

Those angels that were praising God in the Highest, they knew who they were singing about. They knew Jesus before He was a baby. They knew He was God’s Son that had come to earth. The announcement was personal to them.

As you reread the account of this astonishing story is it personal to you? Do you know Jesus, God’s Son who came to earth?

As we hear the carols, read the Christmas story, and celebrate Jesus’ birth, may we all be as eager as the shepherds to run and tell of our experience. We may not have been an eyewitness to a host of angels or see the baby in the manger, but after meeting Christ we each have our own story of how He changed our lives.